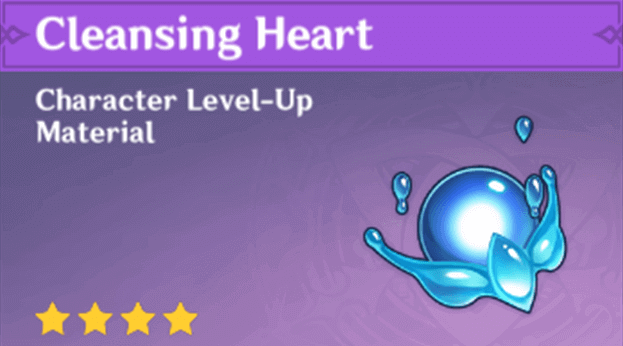 If you have a powerful Hydro character among your arsenal and want to make them stronger, you are most likely going to need to get your hands on a few Cleansing Hearts.

A Cleaning Heart is a Character Level-Up Material that is used to give certain characters more power, mainly those associated with the Hydro element.

Without getting a good amount of Cleaning Heart, some of your Hydro characters will not be able to advance to higher tiers to face off tougher enemies.

Where to Get Cleansing Heart?

The Cleansing Heart will only drop from the Oceanid, which can be fought at its arena in the Bishui Plain, located in Liyue. Players will have to head towards its platform and interact with a glowing area which gives you the option to “Challenge the Oceanid.”

How to Get Cleansing Heart? 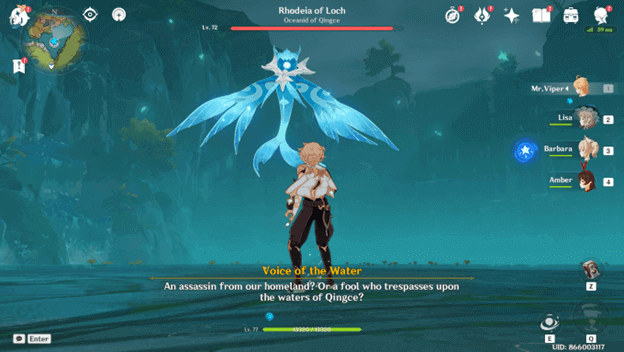 A Cleansing Heart is one of the guaranteed drops that you will obtain from defeating the Oceanid, which is commonly known as Rhodeia of Loch, Oceanid of Qingce.

After you begin the battle by challenging the Oceanid, you will need to stay on the platform and defeat numerous enemies spawned by the Oceanid.

You will need to defeat all the enemies that are spawned, which will end up reducing the health of the Oceanid until it is defeated.

Once you have defeated the Oceanid, you will need to interact with the Trounce Blossom nearby to get your rewards, which includes one or more Cleansing Hearts.

You will need to have 40 Original Resin to obtain a Cleansing Heart as well as other rewards for defeating the Oceanid.

A Cleansing Heart is one of the Character Level-Up Materials that are used when you will ascend one of your Hydro characters.

Unlike other materials used to develop your characters, there is no other use for Cleansing Heart aside from being used to ascend specific Hydro characters.

Characters That Use Cleansing Heart

There are currently 4 characters in Genshin Impact that require Cleansing Heart to Ascend and all of them are Hydro characters.

Fighting the Oceanid is not as difficult as some may see it to be, but it can be quite tedious as taking out the spawned creatures may take longer than expected.

It would be best to bring characters that can easily defeat the spawned creatures, which are all Hydro-based and can be dealt with easily using elements such as Electro, Dendro, Cryo and more.

You can easily farm Cleansing Hearts by checking for the Oceanid’s respawn in the Adventurer’s Handbook teleporting back to defeat it again.