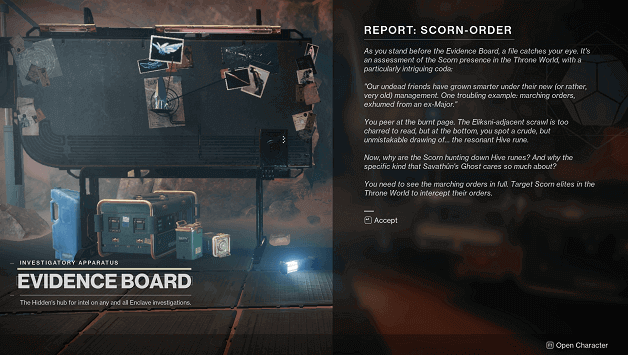 Another file has been placed and it appears to be related to the Scorn as something fishy is going on with all their recent gatherings.

It appears that the Scorn has been hunting down Hive runes for some reasons, which are the same ones that Savathun’s Ghost is also deeply interested in.

You will need to investigate this matter by finding out what Scorn’s orders are and intervene with whatever plans they have.

How To Get The Report: Scorn-Order Quest?

The Report: Scorn Order quest can be picked up at the Evidence Board and the Enclave on Mars but only after you have completed the Report: Resonance-Comp quest. 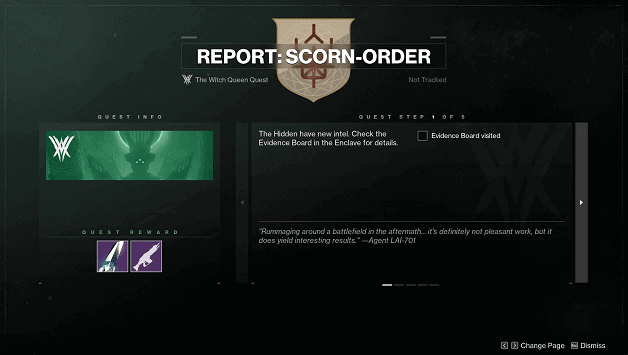 You will first need to view the intel provided regarding the matter before beginning your interception of the Scorn orders, allowing you to proceed to step 2.

The Scorn will most likely have marching orders and you will need to intercept them to figure out what is going on.

You will have to defeat Challenging Scorn (Yellowish-Orange Health Bars) and collect 12 Marching Orders that are dropped.

There is a lot of Challenging Scorn that can be encountered when there is a public event or when a group attacks the Lucent Hive in Quagmire. 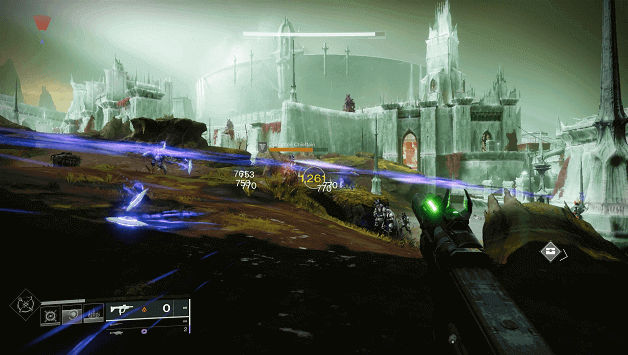 Be sure to pick up the Marching Orders that they drop as they do not go directly into your inventory like with other quest items.

Quest Step 3: Thwart the Scorn’s Scheme at The Wellspring: Defend

It appears that the Scorn has been planning to use The Wellspring to turn the Lucent Hive’s runes against them.

You will need to complete The Wellspring: Defend (if available, changes daily) to thwart their scheme.

Quest Step 4: Report Your Finding to the Evidence Board

Now that the Scorn’s plans have been stopped, you will now need to head to the Evidence Board to turn in your report.

Head back to the Enclave on Mars and interact with the Evidence Board to turn in your report and proceed to the next step.

Quest Step 4: Review the Case on the Evidence Board in the Enclave

Once you have turned in your report, you can review the case on the Evidence Board to complete the mission and get your rewards.

Completing the Report: Scorn-Order quest will reward you with one of the legendary Throne World weapons as well as an Osmic Fragment. 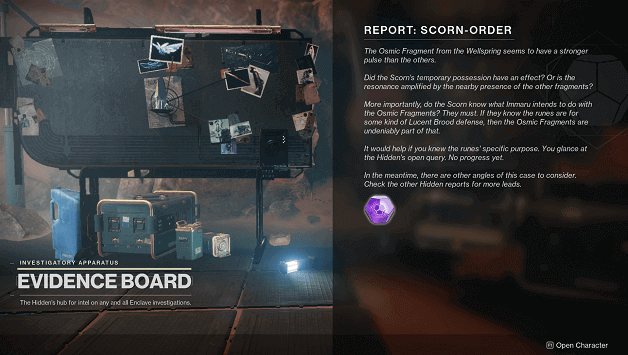 It turns out that the Scorn also has some tricks up their sleeve and had set their eyes on The Wellspring for their use.

Good thing you were able to thwart their plans in time or else not only would they be able to use it against the Lucent Hive but also against the Vanguard.

Things may seem quiet for now, but it may not be certain when they plan to attempt to overtake The Wellspring again.