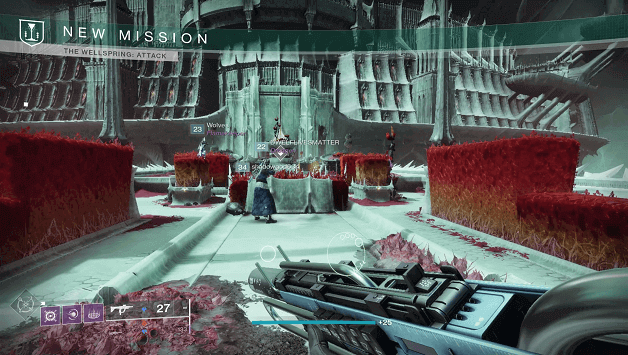 Savathun has a fountain of power which is called the Wellspring and the Hive and Scorn are fighting over it, which requires you to intervene.

The Lucent Hive currently is in control and is attempting to complete a ritual, which does not bode well for the Guardians and the Vanguard.

To stop the ritual, you must fight your way into the Court of Thorns and defeat Golmag, Warden of the Spring.

How To Unlock The Wellspring Attack Mission?

Players will first obtain The Wellspring: Attack when they accept The Spring of Power quest, which is a one-step quest that has you do the activity for the first time. 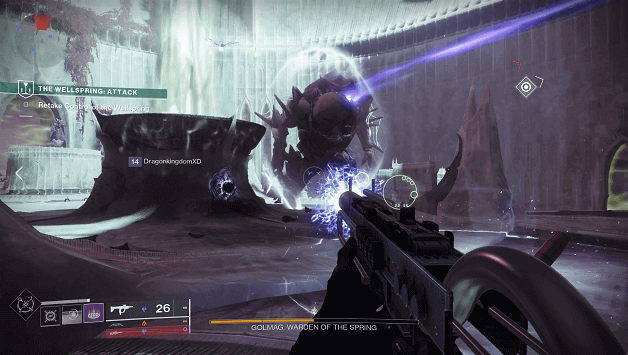 1) Retake Control of the Wellspring

You will be starting off the attack outside the Court of Thorns and will need to destroy the 3 shards at the front to remove a barrier.

Proceed forward and clear the area of enemies to unlock the way to the next area, there will be two energy pillars that will elevate you to the top.

After reaching the top, there will be a Resonant Splinter encased in rocks and you will need to release it to allow it to move.

You will have to stay near the Resonant Splinter for it to move forward to reach a gate so that it can unlock it while fighting enemies along the way.

There will be a time limit of 5 minutes as you escort the Resonant Splinter but be warned that progress will be slowed if no one is near it.

As you proceed into the next area, you will see Golmag, Warden of the Wellspring who is channeling power to complete the ritual.

You will need to disrupt the ritual by heading into each of the three rooms to defeat the Patron of the Spring enemies and take their Void Charge.

4) Defeat Golmag, Warden of the Wellspring

Once vulnerable, Golmag will begin to attack you and will have four health bars which each will cause him to become invulnerable and attempt to finish the ritual after a bar is depleted.

Each time you take out one of Golmag’s health bars, you will need to fight off enemies and defeat the Butcher of the Spring enemies to once again grab Void Charges.

You will need to use the Void Charges to disrupt the ritual again and make Golmag vulnerable repeatedly until he is defeated.

Completing The Wellspring: Attack will reward you with one of the 4 legendary weapons listed below which are exclusive to this activity:

The rewards for The Wellspring: Attack rotates daily and will provide you with one of the weapons above which will be listed before you start the mission.

Aside from these weapons, there is a chance for you to obtain a part of Veritas Armor (legendary) when completing the activity. 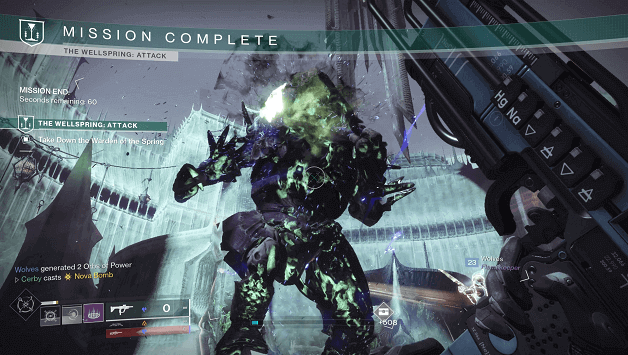 Things could have taken a turn for the worse if Golmag, Warden of the Wellspring, would have been able to complete the ritual.

Luckily, you and your other fellow Guardians were able to put a stop to it before it could be completed, ensuring everyone’s safety.

This however is only temporary and it is unsure when the next attempt for the Wellspring will occur, so the Guardians must be on the lookout.