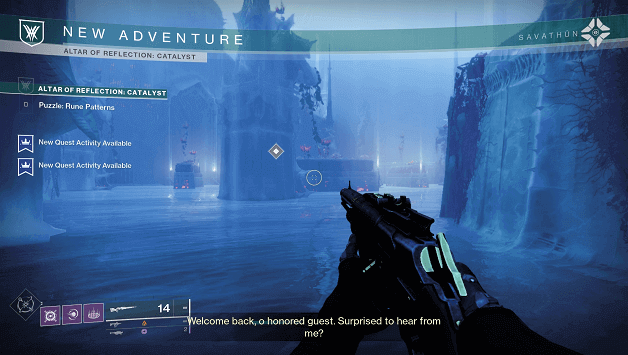 You enter a portal after locating the new access point to the Altar of Reflection and this time have brought the Enigma with you.

Surprisingly you can hear Savathun speak and tell of how your victory over her was already inevitable, which made her realize she needed to reach you after her death.

Savathun has left memories for you even after her death and now with the Enigma you will need to uncover what secrets it holds through the Altar of Reflection.

How To Get Altar of Reflection: Catalyst?

The Altar of Reflection Catalyst mission is started once you have entered the portal during step 2 of the Report: Altar-Reflect quest.

This portal unlocks after you have aligned the Witch Queen’s ruins after finding the location of the new access point to the Altar of Reflection. 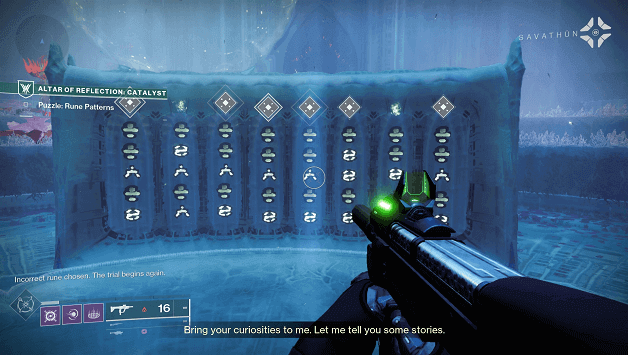 Similar to the previous memories missions that you encountered in your pursuit of Savathun, you will have to solve puzzles to proceed into the Altar of Reflection.

You will once again begin by firing at the columns of ruins that are different and will need to shoot them in the correct order.

Failing to do so will cause them to reset and you will have to start all over again but you can tell which ones you need to shoot as they are different from the others. 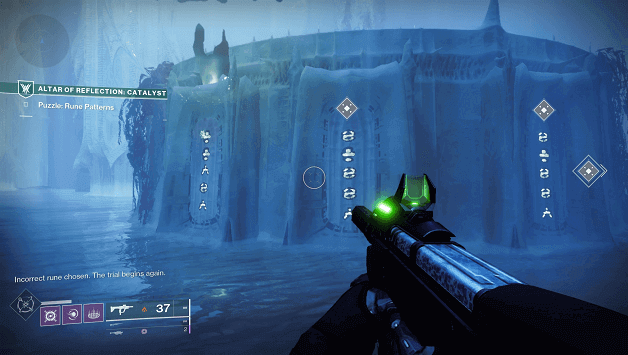 The second phase includes a set of columns located around the area and once again you will need to look for the columns that stand out.

You will need to shoot the columns which have different rooms from the majority of them, going around the room to check all.

After solving the puzzles, you will be able to continue making your way inside and there will be Lucent Archivists in the next area.

You will have to defeat all of the enemies in the area, including a Lucent Archivist mini-boss whose ghost you must also destroy.

One of the tougher enemies in the area will also be the Witch’s Eye, Keeper of Memory (Shrieker) which can take a lot of damage but doesn’t deal a lot in return.

After defeating all the enemies, you can enter the now opened gate and head for the altar to place the Enigma and view its memories.

Savathun will appear in the memory speaking of the Enigma, revealing how it was mostly used as a lure, which you were drawn to.

Completing the Altar of Reflection: Catalyst mission will allow you to proceed to Step 3 of the Report: Altar-Reflect quest.

Additionally, completing this mission will unlock more Altars of Reflection lore which can later be viewed in the Triumphs menu. 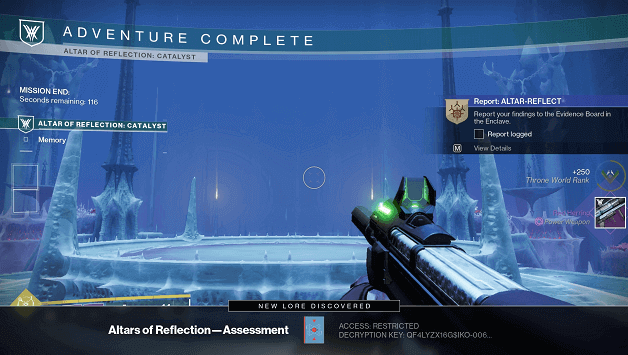 After entering the Altar of Reflection through the new access point that the Hidden had recently provided intel for, you have unlocked the Enigma’s memories.

It appears that Savathun already had a lot in plan and even saw her demise and may have prepared with a contingency plan.

The Vanguard should be prepared for anything as no one at the moment can be certain what tricks Savathun may have planned.