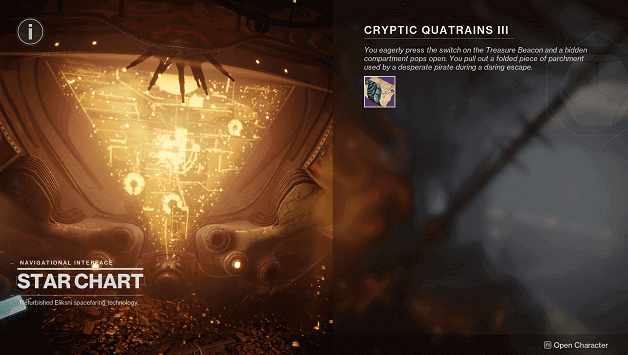 It is in this quest that you have uncovered a set of riddles of someone who went to extreme lengths to hide their treasure as they were in peril.

Now you must read the riddles and find clues to where they have hidden this buried treasure and uncover it to see what secrets it has within.

How To Get Cryptic Quatrains 3 Quest?

The Cryptic Quatrains 3 quest may be obtained from the Star Chart by claiming the Large Treasure Beacon from the reputation rewards.

You must be Rank 16 to obtain the Large Treasure Beacon to unlock the Cryptic Quatrains 3 quest, which requires you earn Savvy by doing Ketchcrash and Expedition missions.

How to Solve Cryptic Quatrains 3 Riddle?

In the Cryptic Quatrains 3 quest, you will have obtained a riddle that speaks of the writer’s last moments as they attempt to hide their treasure.

It is through these riddles that you will need to find clues as to where you will go to find the treasure that they have hidden. The Cryptic Quatrains 3 riddle can easily be solved in most parts by reading which words are highlighted to figure out where you need to go. 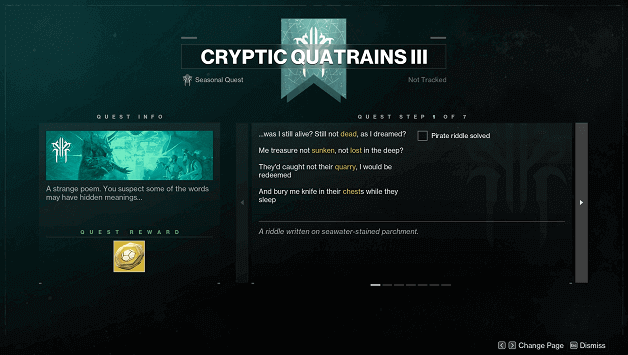 “…was I still alive? Still not dead, as I dreamed?

Me treasure not sunken, not lost in the deep?

They’d caught not their quarry, I would be redeemed

And bury me knife in their chests while they sleep”

This hint tells you that you need to go to the European Dead Zone and clear open the chest in The quarry lost sector at the Sunken Isles.

“I waded ashore after crashin’ their ship

Me exodus doubtless curcled many a lip

The clues read out the following: Crash exodus one life to live

This means that you need to complete the Exodus Crash strike without dying.

“They cursed as their catch crashed away through the trees

I moved as if lightnin’ did arc through me bones

I felt like the maker had answered my pleas

While handy with cannons, they left ‘em back home”

The clues read out the following: Catch crash lightnin’ did arc through me bones hand cannon

It is hinted in the text that you need to complete a Ketchcrash with a hand cannon equipped and arc subclass.

“Alone with me atlas and treasure at last

I used me crude dagger to cut out a code

Two beacons will guide you if treasure you’re owed”

This means that you will need to have completed both Cryptic Quatrains 1 and 2, obtaining their rewards in the process. 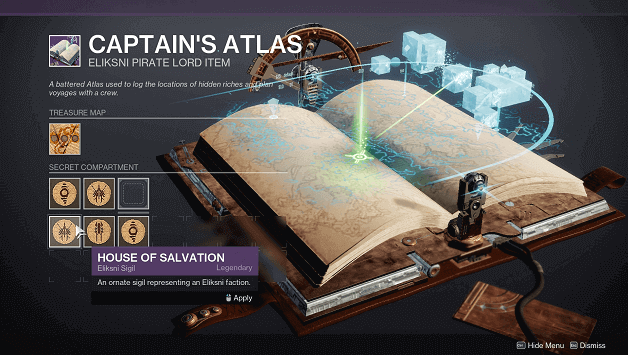 “I crept out at dusk, left me treasure behind

And found me old crew and the captain as well

After equipping the Crude Ciphers into the Captain’s Atlas, you will see there are 3 slots that can be equipped with different Eliksni Sigils.

You will need to arrange the Eliksni Sigils in order starting from House of Dusk, House of Salvation, House of Light. 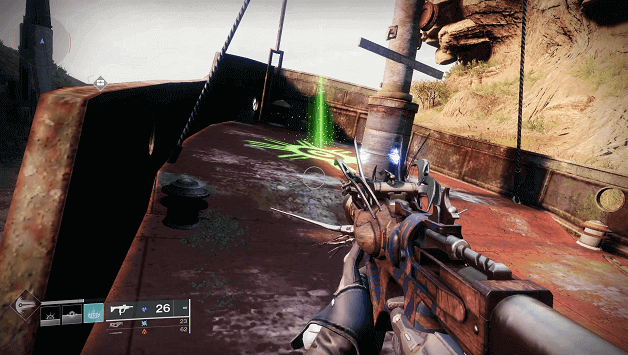 “The cosmos had set me ashore, I was free

Forgotten at last, me heart empty of hate

On deck of the vessel that pointed to sea

I leaned on the mast and waited me fate”

The clues read out the following: Cosmos shore forgotten vessel that pointed to sea mast

This ship is the entrance to the Veles Labyrinth, so you can easily find it by heading to the lost sector that is shown on the map.

There will be a marked spot near the mast that you need to inspect at the front of the ship to proceed to the next step. 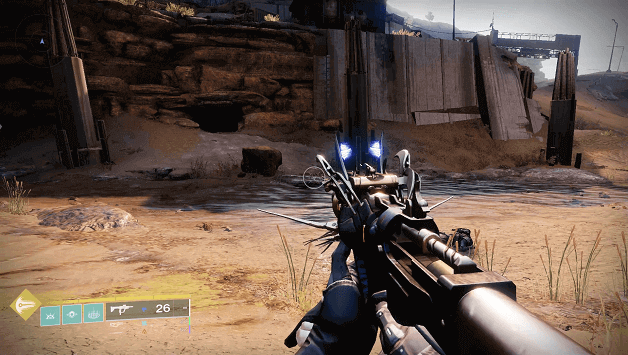 “I took all I had, placed it safe in a cave

Where stream joins its mother by pillars of three

It’s yours if you like, for you’re cleaver and brave

You may find me treasure… but never find me”

The clues read out the following: Cave stream joins its mother pillars of three treasure

This hint indicates that the treasure is in a cave near three pillars at a location where the stream joins a larger body of water.

From the Veles Labyrinth, make your way to the north of the Forgotten Shore and you will see three pillars with a cave behind them, the treasure will be there.

After digging up the treasure in the Eventide Ruins, the quest will be completed, and you will be rewarded with the following: 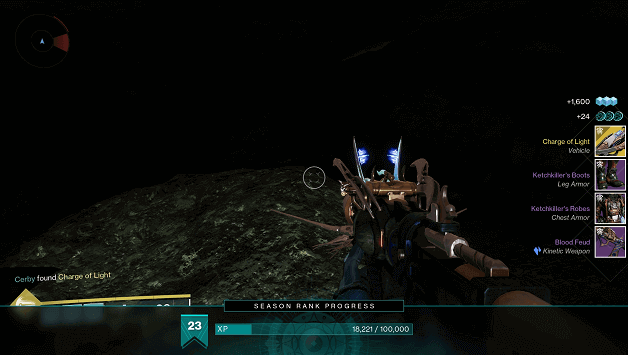 It looks like whoever was behind the Cryptic Quatrains quests left some interesting clues and in return wanted to reward whoever was clever and brave enough to pursue him.

In the end, you were able to find the treasure that they have hidden from those who wanted to take it, but it remains a mystery who this being is and where they are.

As said in the last clue, you may find the treasure but will never find them and from here on it is unknown what happened to them.

You get a ton of goodies though so that’s good.