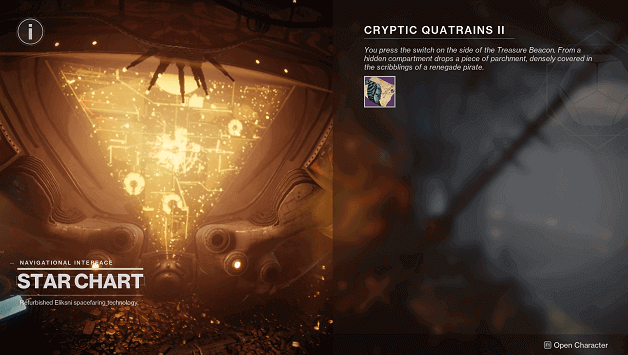 Similar to the previous quest, it can also be obtained as a rank reward after you open a Medium Treasure Beacon.

You will need to find out where the riddles take you by using the text to find each location that you need to head over to in order to find a Buried Treasure.

How To Get Cryptic Quatrains 2?

You may obtain the Cryptic Quatrains 2 quest once you have claimed the Medium Treasure Beacon from the Star Chart when you reach Rank 10. In order to reach Rank 10, you will need to increase your Savvy by completing Ketchcrash and Expedition Missions.

How to Solve Cryptic Quatrains 2 Riddle?

You can solve the Cryptic Quatrains 2 riddles by viewing the text in the quest steps which are a riddle with clues in them. It may seem obvious in some parts as the important text is highlighted and you can easily put together what the clue means. 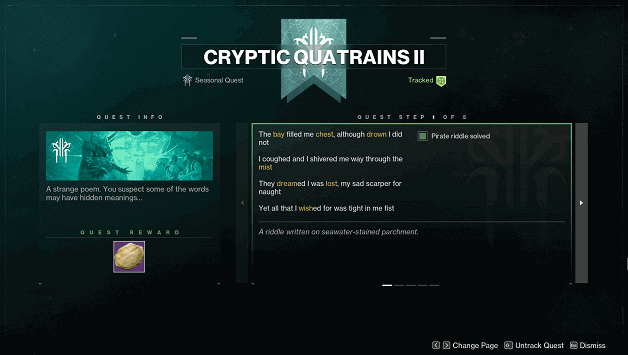 “The bay filled me chest, although drown I did not

I coughed and I shivered me way through the mist

They dreamed I was lost, my sad scarper for naught

Yet all that I wished for was tight in me fist”

This hints that you need to complete the Bay of Drowned Wishes lost sector in the Divalian Mists located in the Dreaming City and open the chest at the end.

“I swore I was dead at the shore of the lake

Their shadows stretched long as they searched the debris

But though they did strike out at me and me take

Their words found me ears, but they didn’t find me”

The clues read out the following: Dead Lake Shadows Strike

These hint that you need to go to the European Dead Zone (EDZ) and complete the Lake of Shadows Strike.

“Me long expedition led to no reward

Me bones cried for rest and yet I could not yield

Lest I hear the sound of a crewmate’s drawn sword

I shivered with terror at what they might wield”

The clues read out the following: Expedition Wield Sword

It is hinted in this riddle that you need to complete an Expedition mission while wielding a sword. 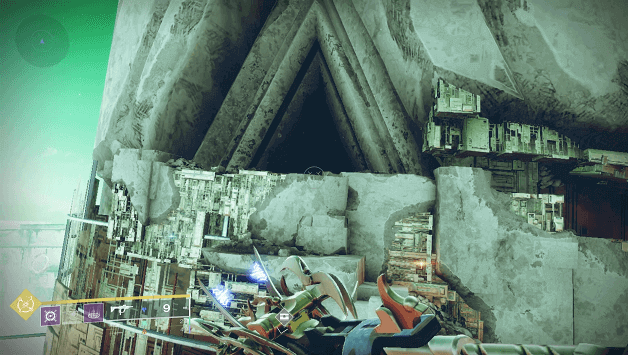 “The red grounds of Nessus would soon be me grave

Though cistern did beckon, no water it gave

At pyramid’s imprint, sought to pass through”

The clues read out the following: Nessus column cistern pyramid’s imprint pass through.

This one may be a bit tricky and what you need to do is go to Nessus and head over to the Well of Flame, going up its steps to reach a triangular entrance. 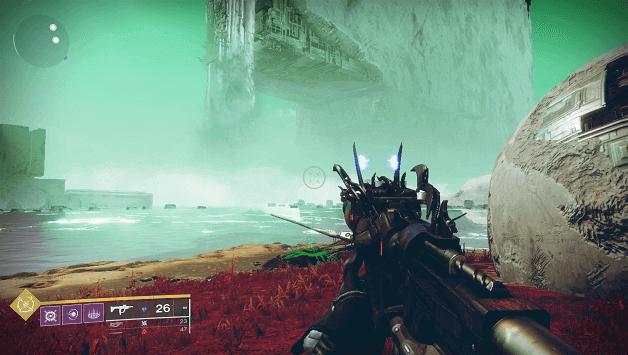 “Me crewmates were nearing, t’was just as I feared

And terrible fluid did fall from the sky

I fancied I noticed, beyond broken sphere

A place that was safe for me treasure and I”

The clues read out the following: Fluid did fall from the sky broken sphere treasure.

You may notice that there is a waterfall in the distance if you look around from the Well of Flame and this will be near where you will need to go.

Head down from the well of flame and travel across the area until you reach the shore where you can get a view of the waterfall, the buried treasure will be there.

Once you have dug up the treasure near the waterfall in The Cistern, you will obtain the following: 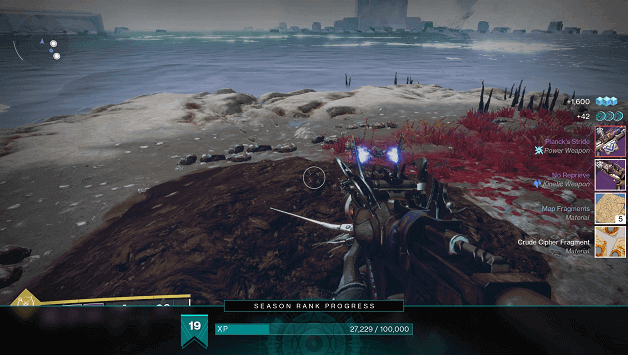 It would seem that whoever went to the lengths of hiding this treasure started in the Dreaming City but eventually had to escape and ended up in Nessus.

While they may have described this as what might be their final resting place due to hiding, it probably is just where they stashed their treasure.

Once again you have uncovered a buried treasure along with another Crude Cipher Fragment which is important later on.