Season of Plunder introduced the Map Fragments material alongside the Treasure Coordinates ones which are requirements for making Treasure Maps.

These are needed to make the Treasure Maps which will be used in locating hidden goods during expedition missions.

Obtaining Map Fragments is not that hard, but they are quickly filled up and sometimes you will find yourself running out occasionally.

Where to Get Map Fragments?

Unlike its counterpart material, Map Fragments cannot be obtained anywhere else aside from doing Ketchcrash missions.

How to Get Map Fragments?

You can farm Map Fragments by participating in Ketchcrash activities and will be rewarded at the end of the mission. Completing each Ketchcrash will reward you with 10 Map Fragments with each run you have at the activity.

The best way to farm Map Fragments is to put on the proper gear to quickly clear a Ketchcrash and repeat it until you have reached the carry limit. 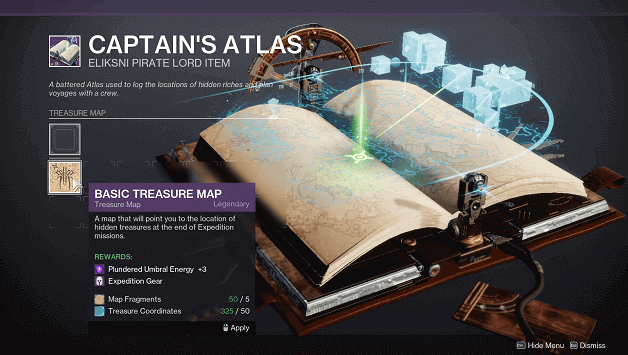 Just like with Treasure Coordinates, Map Fragments are mainly used for creating Treasure Maps, which are then equipped with the Captain’s Atlas.

It is by using these Treasure Maps that you can find treasure at the end of expeditions and excavate them for rewards.

To use Map Fragments along with the Treasure Coordinates, you will need to open the Captain’s Atlas in your quests tab and create a map from there.

Unlike Treasure Coordinates, Map Fragments have a much lower carry limit which may not be upgraded as well.

Players may only hold up to 50 Map Fragments at a time and will not be able to obtain more unless some have been used.

It is best to start using your Map Fragments to create a Treasure Map before attempting any more Ketchcrashes if your carry limit is reached.