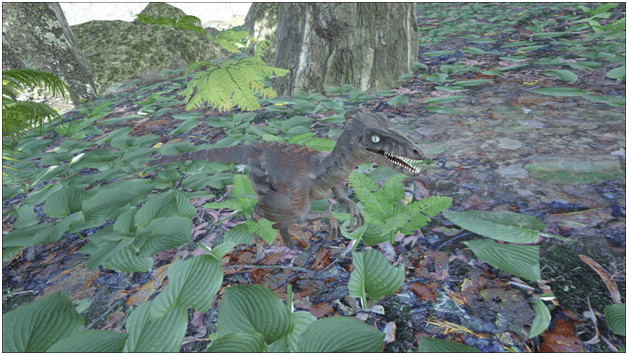 The Troodon Magnanimus is a carnivore that was seen during the late Cretaceous period that has a very aggressive behavior at night.

This creature is capable of dealing torpor damage to enemies it attacks, knocking them out and keeping them paralyzed with continuous attacks.

Troodon do not usually pose much of a threat during the morning and will only attack those that get to near it but when nightfall comes, it turns into a very aggressive predator.

These creatures will attack humans that get within range but during the night, they will seek to attack even at further distances due to their night aggressiveness.

Taming a Troodon can be a hard task but in the end, it pays off with the torpor attacks and its ability to track enemies and different types of item containers. 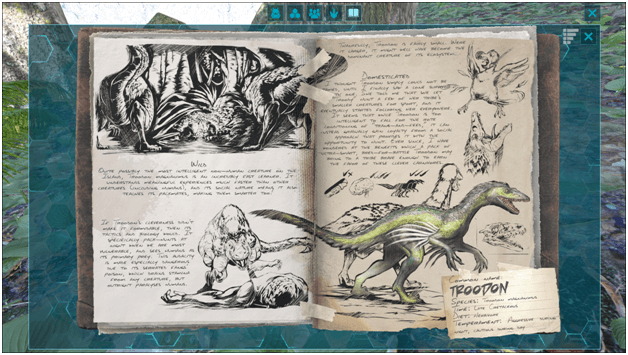 Troodon are considered one of the smartest creatures around as they learn quickly and seem to be able to teach similar members of their pack in a way, making them altogether work efficiently as a group.

Not only is the intelligence of the Troodon shown by its actions but also its skill is visible by the way it can work together with others and how it can effectively execute strategic attacks even when alone.

Luckily the Troodon is slightly smaller than most creatures which gives survivors a good chance of surviving an attack but this usually doesn’t end well when one gets cocky.

Troodon are some of the hardest creatures to tame because their loyalty is not easily earned as they require more of a sacrifice rather than domestication to befriend a survivor or tribe. 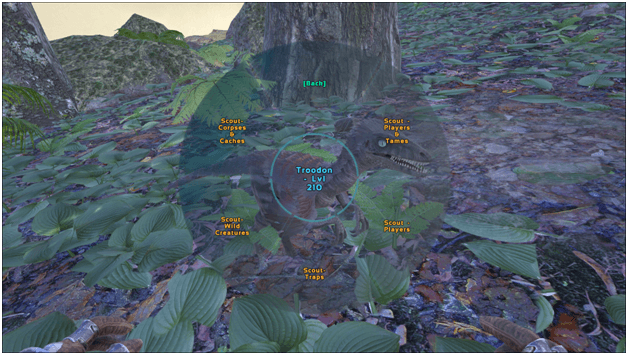 The Troodon may use its Scout ability to search for the following:

These will later on be shown by a marker which is visible to those that are nearby the Troodon and make it easier to track survivors, tames and items nearby and even further away. 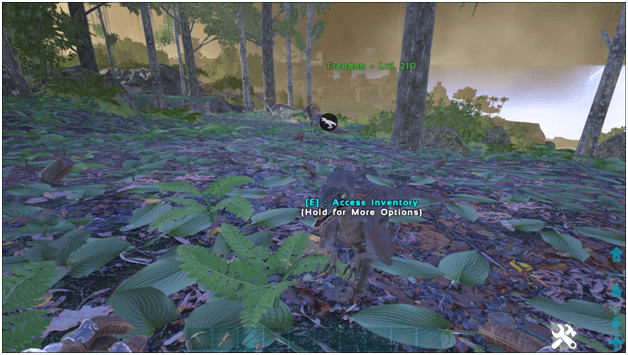 The range of the ability and its cooldown can be upgraded for 1 stat point each time the Troodon gains a level, sacrificing a stat increase to upgrade the chosen upgrade.

Using the ability will show specific icons where the creature, survivor or cache is located for a certain period of time. 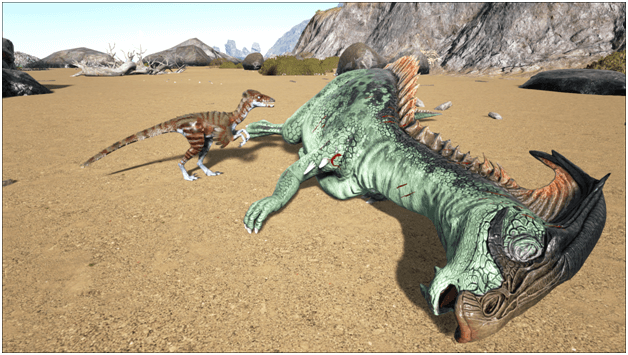 The Troodon’s attacks inflict torpor for every hit which can cause enemies to become knocked out as the creature continues to attack it.

If no one is able to repel the Troodon, it is possible for it to keep the downed enemy in paralysis and eventually kill them. 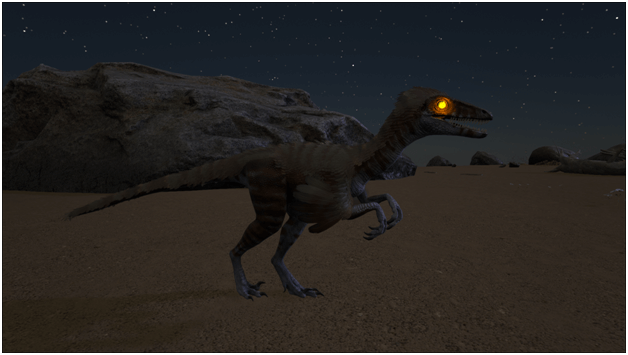 As the Troodon are natural hunters in the night, they gain a boost to movement speed and a higher aggression radius shown by their eyes when nightfall approaches.

Running away from Troodon becomes quite impossible and this can be utilized to pick off enemies during the night.

The Troodon is capable of inflicting torpor at an alarming rate due to its quick attacks and can easily knock creatures and survivors out.

Having one or more Troodon travel with you can assist you in taking down creatures and enemies that attempt to attack or escape from you.

Utilizing the Scout ability of the Troodon, the tribe and those in it are capable of tracking players, creatures and even caches easily.

This can help reveal location of attackers and even hidden bases when on the hunt or when defending.

Troodon are small and can be kept inside or even outside the base which can be quite useful for when an enemy infiltrate a tribes home.

The Troodon can quickly chase down survivors inside bases and around them to knock them out and even kill them.

How to Tame Troodon? 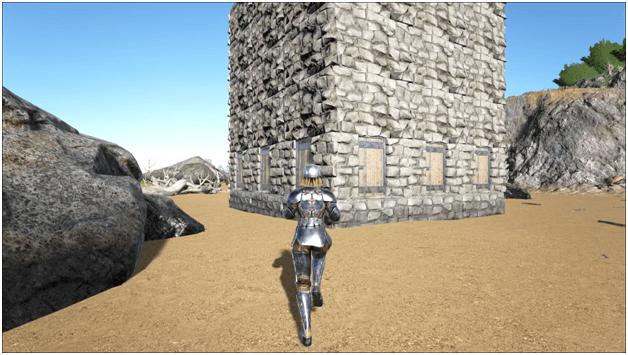 Troodon can on be tamed by allowing them to kill your creatures, causing the taming bar to progress until full.

The larger the creature that you own that it kills, the more the taming bar will move but in able to make sure the taming goes smoothly, it is best to make a trap to keep it in. 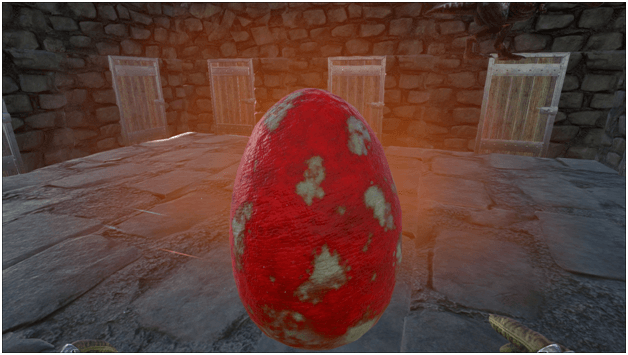 Either drop creatures in the trap or hatch some that you are breeding such as Rexes which give a good amount of experience. 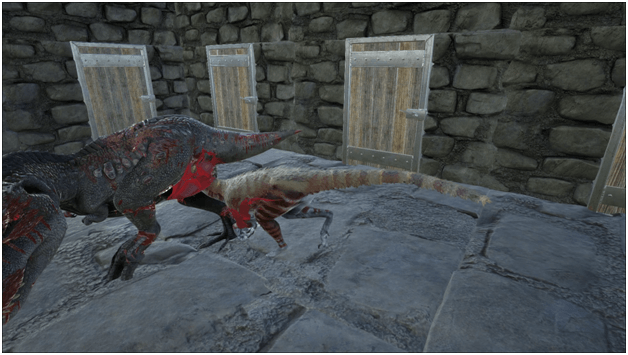 Quickly claim the Rexes after they hatch and let the Troodon kill them until it is tamed but be sure to have a plentiful stock as higher level Troodon will need more sacrifices.

Troodon are only tamed by sacrificing your creatures to be killed but afterwards it will eat any kind of meat that it is presented with.

The Troodon is too small to be ridden and too large to be mounted on a shoulder as well as it does not have a saddle that it can be equipped with. 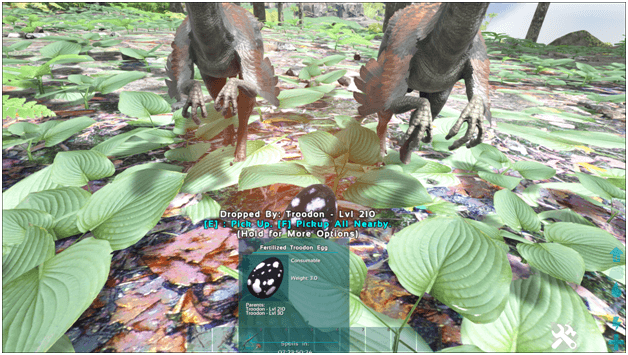 Troodon are capable of mating and will end up having the female drop a Fertilized Troodon Egg which is distinguished by its black color and whitish spots.

Troodon are usually found in jungles and redwood forests where they stalk around until they find killable prey.

Maps where the Troodon spawns:

The following are spawn maps where the Troodon can be found 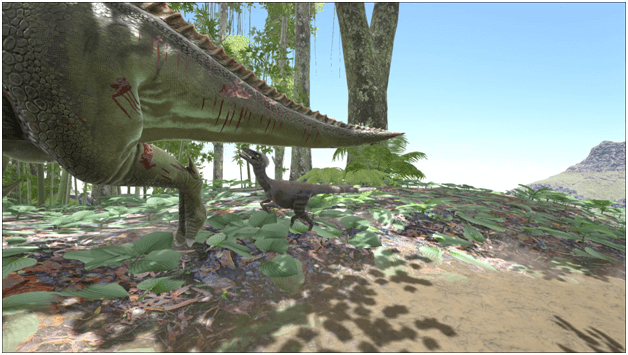 They say its not the size of the dog in the fight but its rather the fight in the dog and the Troodon proves that by being able to take out creatures larger than it even on its own.

It is best to avoid conflicts with these at night as they can make a real mess out of things and cause a lot of trouble for tribes who are not careful.