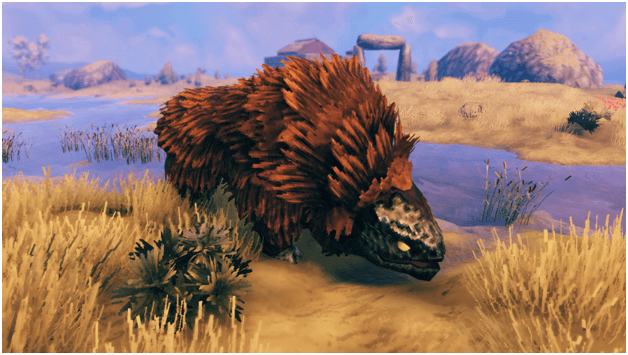 If you have traveled to the Plains biome, you may have noticed these bulky creatures known as Lox who roam around lazily eating and resting.

Do you shouldn’t take these beasts lightly as they are very strong and can deal a lot of damage if you get on their nerves.

However, such a powerful creature could make a good tamed buddy, and it is possible for you to tame these hot-headed beasts.

What Can You Do with Lox?

Lox or Lox currently do not do much and will mostly roam around and snack on the grass from time to time.

In the event of enemies attacking, however, they will attack with a full force of chaos until they kill all enemies within their detection range.

This makes them suitable for guarding your base, and to add to that, other Lox will not attack you if you are with your tamed Lox.

Sadly, you cannot command your Lox to follow you and will just have to make due with taking them back to your base using fences to control its path.

It is best to tame a Lox near your base to make it easier for you to keep it where you want, and luring them is the best option.

How to Tame Lox in Valheim? 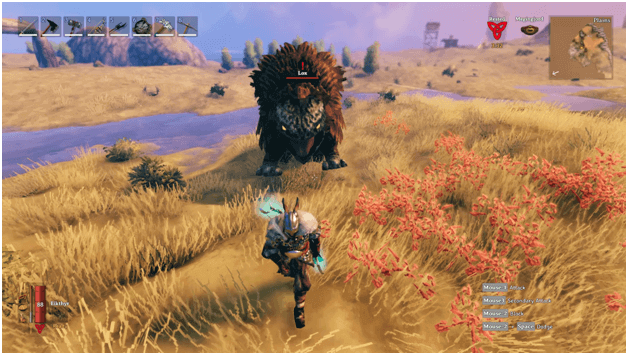 Lox is quite fearsome when you go up to them, and it’s best you avoid letting them close in on you at all costs.

Since you won’t be able to command the Lox, it’s best that you lure it to a trap near your base, where you will tame it.

You can shoot it with an arrow or near it to get its attention, and it will start chasing after you at a slow pace.

Once you lure it into a trap, toss its taming food into the trap once it has been caught (you can do this first so you can lose its attention easier) and wait for it to eat.

Make sure you hide to lose aggro or else it won’t eat and once it does, there will be an acclimatizing status that starts the taming progress.

Shortly after eating, it will have a progression percent which will slowly rise to 100%, and once this is done, the Lox will be tamed.

How to Make a Lox Trap? 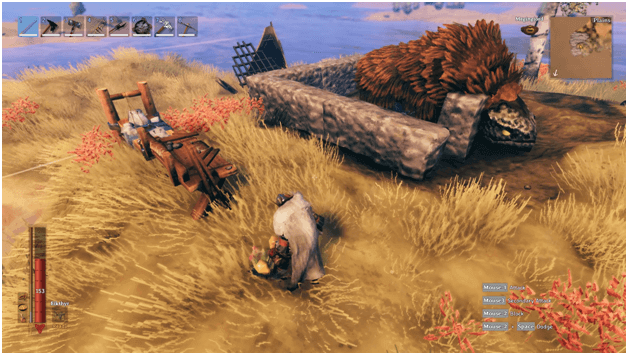 Basically, you will want to use Stone Walls for taming a Lox as it can deal a large amount of damage that can easily break wood structures.

It is possible to still tame a Lox with wood, but you might have to build a lot around it, and instead, Stone Walls is the better alternative.

Make a shape (square or rectangle preferred) which the Lox will fit in and leave an opening but keep your Workbench and Stonecutter nearby so you can block it later on.

Lure the Lox into the trap and quickly place a Stone Wall or other Stone structure to block it from exiting the trap.

You can leave small gaps for you to pass through as long as the Lox cannot get inside, so you can easily slip out when it goes in the trap.

Lox is quite picky when it comes to food, and you will only be able to feed it Cloudberries or Flax, which can be found in the Plains biome.

The taming progress percentage appears to be the same with both foods, and it’s much easier to use Cloudberries since they are found almost anywhere in the Plains biome.

As of now, the only food Lox eats is:

Also read the other taming guides in Valheim

You can find Lox in groups of three most of the time, and they will occasionally respawn in the place where you first found them.

Lox do not travel far, and you can easily mark down their location so you can come back later if you wish to tame more or farm them for their resources.

Be careful when searching for Lox in the Plains because there are enemies such as the Deathsquitos and Fulings that can attack you.

There are a few items that the Lox drops aside from its Lox Meat, and these come in handy later on when you want to craft things.

The following are dropped by Lox:

As of now, not many have seen higher-level Lox but it is known that their damage and health increase the higher their level is.

The health and damage stats of Lox will be increased based on their level according to the following:

Lox will try to attack you with two different actions, stomping the ground to deal damage in an area or taking a massive bite at you.

You can parry these attacks as long as you have a good shield and even better if you have leveled up your Blocking Skill.

Parrying a Lox can open it up to a few melee attacks for a short duration, making it easy to kill it or buy time.

As of the current patch (0.147.3), Lox cannot be bred and can only be tamed for now, but it is possible that they will allow you to breed Lox in the future.

Breeding Lox will allow you to significantly farm many of their resources, especially Lox Meat, for better food buffs.

Not many items require Lox Pelt, but this may change later on when more items are added to the game. 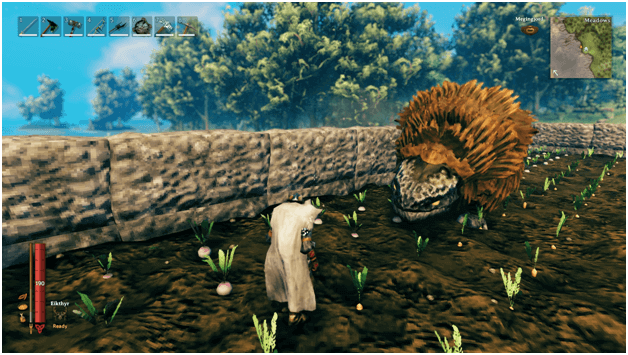 Lox are pretty docile creatures but respond aggressively when threatened, and this is important to remember before you engage one.

One of the best things about having a Lox around is that it can take out multiple enemies quickly, and it does not die as often as Wolves do.

Lox taming can be quite challenging but rewarding, but most of its resources are yet to be expanded, and hopefully, there will be more uses.

It is possible to force a Lox onto a boat but there is a high possibility that it can fall off due to its large shape and the movement of your boat.