Paolumu have been known to dwell in the Coral Highlands but their behavior is unknown to researchers which has raised curiosity.

The Smart Biologist requests that you track one down and instead of killing the monster, you will need to capture it for further study.

Your objective for this quest is to head to the Coral Highlands and find a Paolumu which you must then capture. 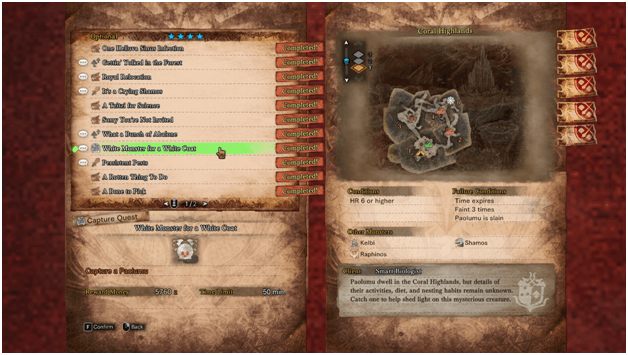 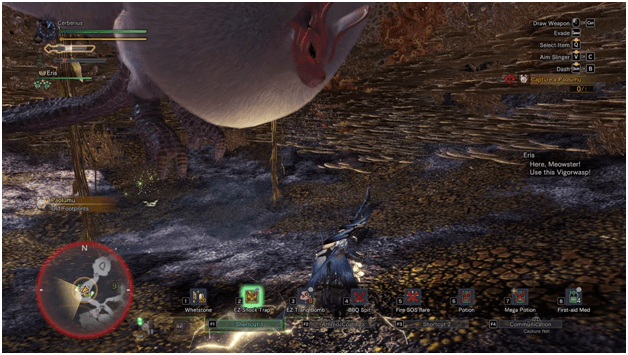 You can start out in Southern Camp (1) and make your way towards Sector 5, picking up the Paolumu’s tracks along the way.

As you head to Sector 5, the location of the monster should be revealed and it will most likely be spotted in or near the sector.

Attack the monster until you weaken it enough to force it to fly to its resting area in Sector 9 where the monster will be sleeping.

Take advantage of the moment and use a Shock Trap to stun it and follow up with Tranq Bombs to capture the monster. 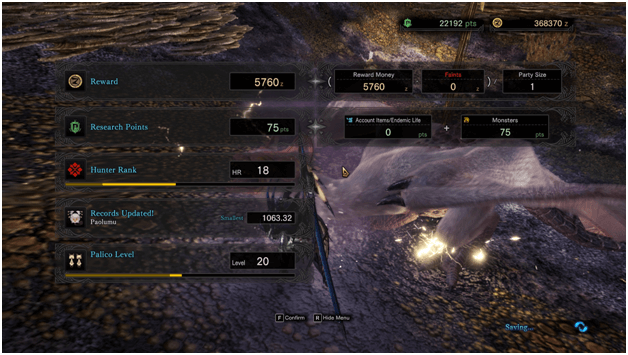 Once the Paolumu has been captured, the White Monster For A White Coat quest will be complete and you will receive a reward of 5,760 Zenny for your efforts.

The Special Arena: Paolumu quest will be available after finishing this quest for the first time. 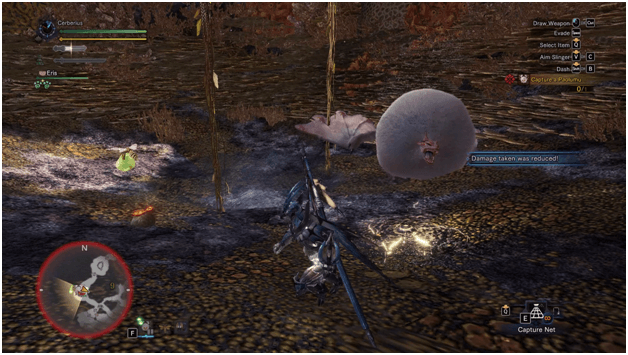