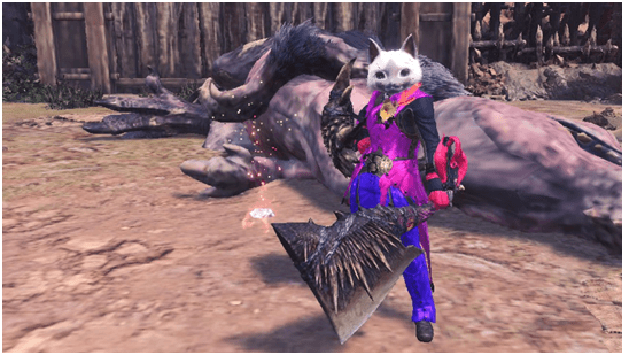 This weapon is considered by many as the beginner’s weapon and some also say that it can only be properly handled by a veteran but both opinions are correct as the weapon’s potential comes from the wielder’s flexibility in battle.

The Sword and Shield allows you to access an arsenal of tools while slashing and defending against monsters which controls the flow of battle to your favor without worrying to sheath your weapon, preventing you from being more vulnerable.

Also Read Below The Other Sword & Shield Guides 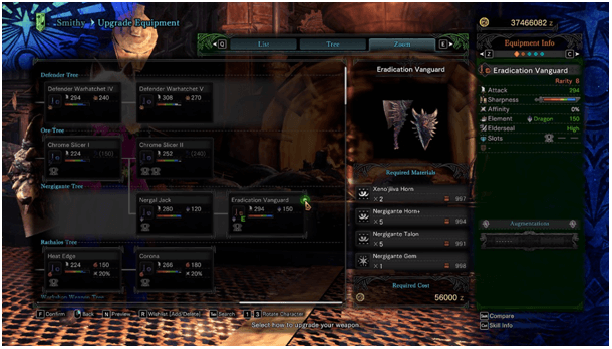 Melee attacks can perform combos that do not necessarily improve damage but makes attacks link-up so as to not give monsters openings for counter attacks while building up your damage or status effects while in combat. 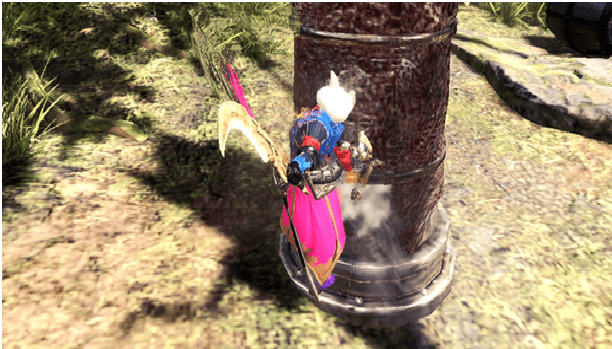 This can be performed whether your weapon is sheathed or not, this will initiate a forward lunge drawing the Sword from your side while leaping forward making an upper cut slash attack. 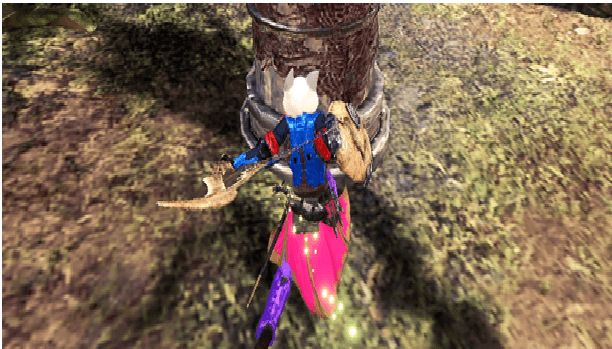 This attack can chain up to 5 attacks and can either go to a Shield Bash or Step Back and Charge Slash then Aerial Slash Leading to a Mount Attack. 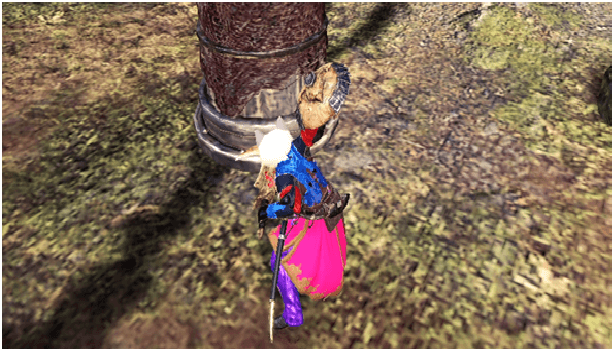 With this attack, you can chain it up to 3 times dealing blunt damage that can KO a monster if you hit them enough times on the head for a KO build-up.

This can also be used in combination with Falling Shield Bash after you hit the ground. 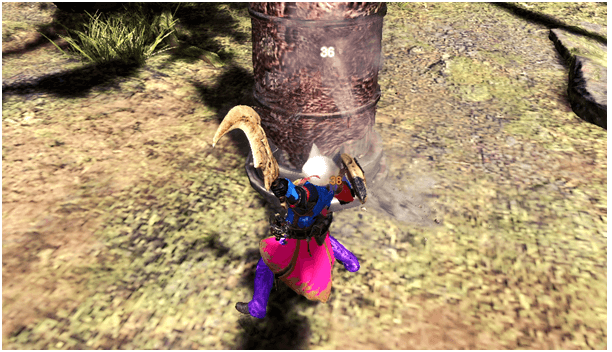 This attack can be incorporated in many combo patterns which ends the combo with a high arching slash that can reach higher spots like the head, chest or tail areas of monsters. 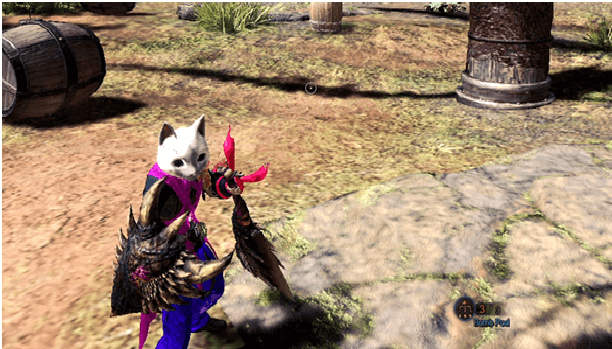 The wielder of the Sword and Shield can reverse their grip with their sword to either use their slinger or consume an item while either their Sword or Shield to be used to react to incoming threats. 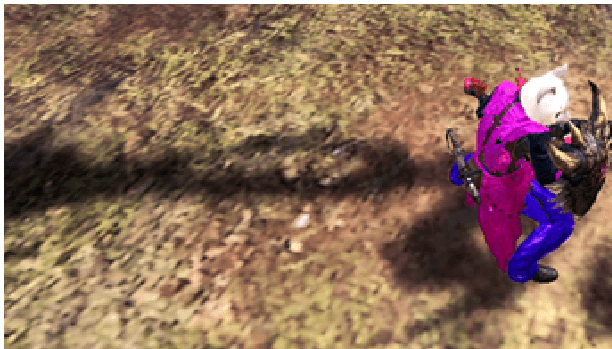 The Blocking stance of the Sword And Shield can deflect monster attacks like the Heavy Shields of the Lances but not as effective on standing ground since hits on the small shield can significantly push back the user, making this shield more of a last resort rather than solid defensive option. 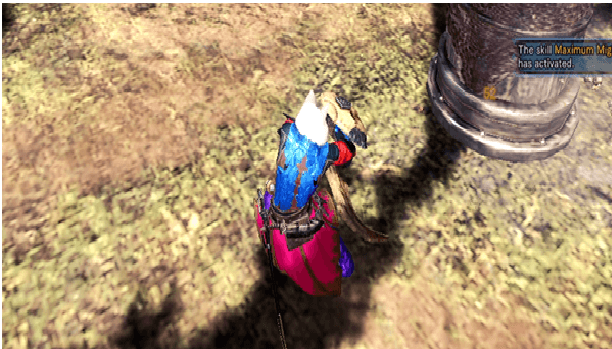 This is a Step Back move that can either prepare a Rising Slash or a Charged Slash after gaining a bit of distance from your target. 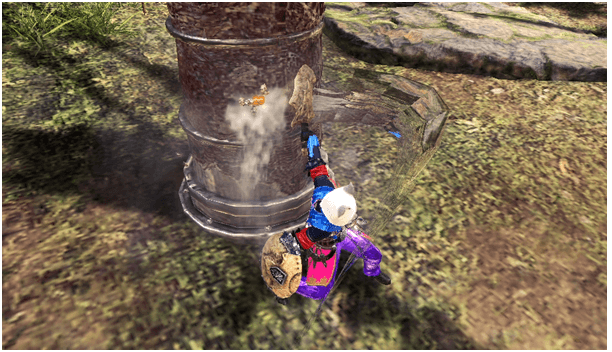 This attack can loop and chain attacks as a starter or finishing move in the combo set that is quite easy to pull off by slashing and adding a directional command. 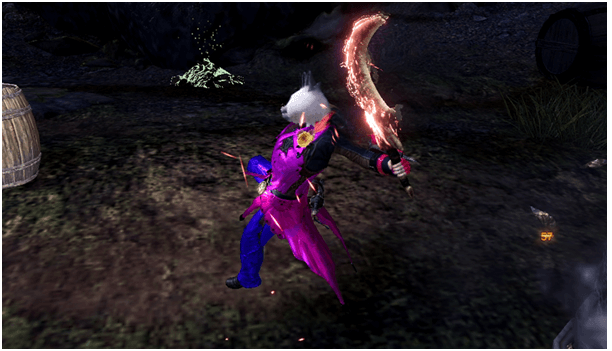 The Charged Slash can be triggered after using a shield combo by using your shield attack after a Back Step.

Once the blade hits a target it will launch the user up to perform a Jumping Slash to deal mounting damage or a Falling Bash with your shield to deal KO damage. 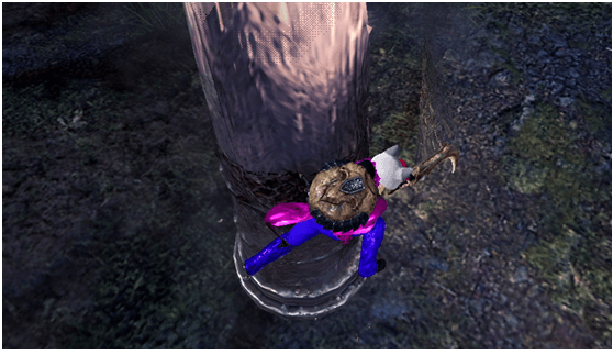 The Jumping Slash can be initiated in 3 ways either from a boost up from the charge slash, jumping off a ledge or from wall-running up the environment, and from slide.

This is also a mounting attack aside from just simply a midair slashing attack that severs tails or to break harder to reach spots. 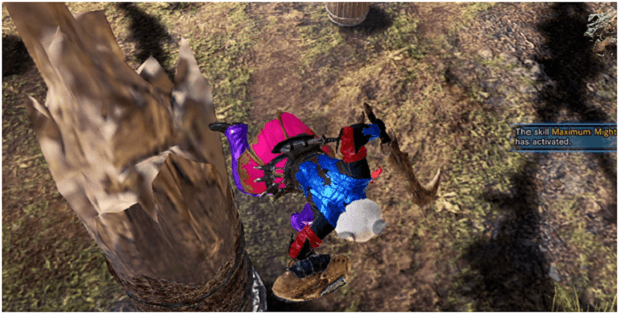 This attack can only be done after you are boosted after the Charge Slash combo which allows you to use your shield attack to hit your target with your shield that can deal KO damage but not initiate a mounted attack. 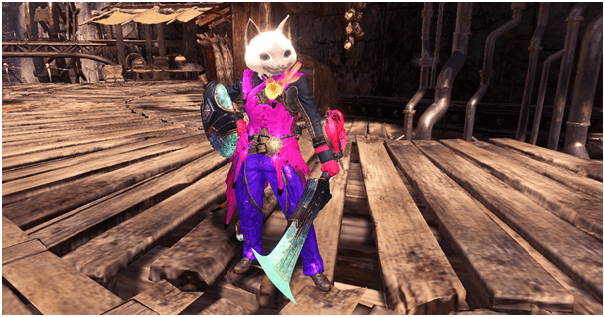 The Sword and Shield is one of the original weapons of the Monster Hunter franchise which is often overlooked by most due to the different types of weapons to choose from in the game but this carries a lot of the traits which other weapons do not have.

With its standard attack, it can seamlessly combo and chain slashing attacks with the blunt damage of its shield which can be connected to a charged attack that launches the user up to either slash and mount or bash and KO from above.

While wielding the Sword and Shield, the user can reverse the grip of the blade to attack with the slinger, use a potion or set up a trap, while being ready to slash or use the shield to block.

Although not as flashy as other weapons, those that have mastered the Sword and Shield understand that it is “The Jack of All Trades” of weapons, that solely relies on the skills of the wielder in battle to ensure a good hunt.