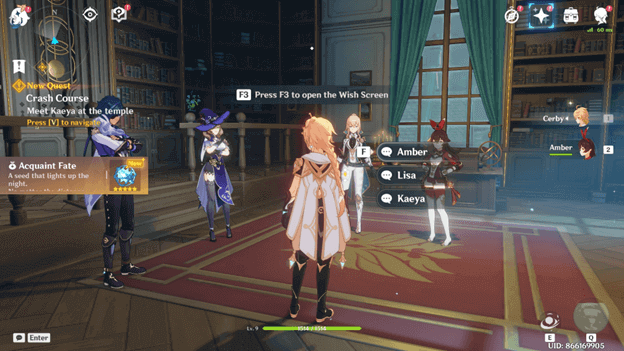 During the quest you will be able to use Kaeya to explore the depths of the Temple of the Wolf and search for Stormterror’s Crystal.

This quest has a twist in the end as you will meet a mysterious character who will appear later on in the storyline.

How To Get Crash Course Quest?

You will get the Crash Course quest along with the Sparks Amongst the Pages and Winds of the Past quests, received after completing the Knights of Favonius quest. 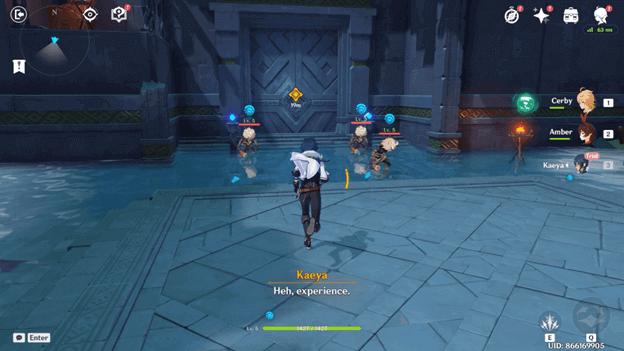 1) Meet Kaeya at the Temple

At the beginning of this quest, you will need to head over to Kaeya’s location which is marked by a waypoint.

You can teleport to the Falcon Coast waypoint near the city of Mondstadt to get closer to his location.

Kaeya will be waiting there for you and you must head over and talk to him.

After speaking with Kaeya, you will need to go inside the Temple of the Wolf so you can explore it and search for Stormterror’s Crystal.

As soon as you enter the Temple, go to Kaeya and talk to him and a short cutscene will play where he says he’ll show you how the Knights of the Favonius conquer their adversaries.

When the scene is done, you will be in control of Kaeya as a trial character and will be able to use him as you clear the temple.

After the cutscene has finished, the behind where Kaeya was standing will now be open.

As Kaeya joins you as a trial in the Temple of the Wolf, you will need to search for Stormterror’s Crystal to destroy it deep within the temple.

There will be parts of the quest where you will need to use Kaeya in order to progress and also learn about how his attacks can be used to freeze enemies affected by the wet status..

Some areas will also require that you use Kaeya in order to get through sections that are difficult to cross, such as freezing water to make a temporary bridge or freezing fire traps.

You will need to continue making your way to the marked location where a character named Diluc will appear and take out an enemy that attacks during a cutscene.

After completing the Crash Course quest, you will receive Character EXP, Adventure EXP, and Mora along with other rewards.

Completing Crash Course quest (providing you have already finished the Sparks Amongst the Pages and Winds of the Past) will give you the “The Outlander Who Caught the Wind” achievement.

You will also unlock Kaeya once the Crash Course quest has been completed. 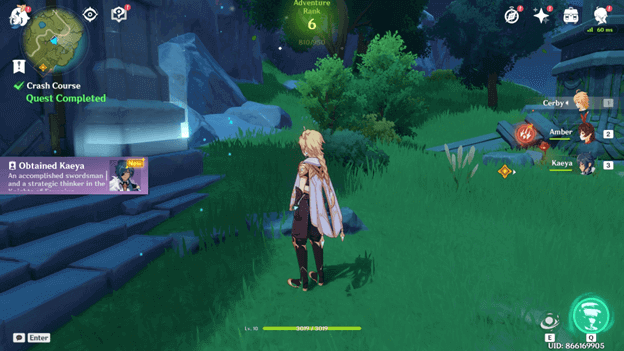 Kaeya will now be unlocked, and he will accompany you on your future journeys during the game, providing you with a new element to use.

You encountered a mysterious red-headed man who appeared and defeated a Hydro Abyss Mage in an instant, who is later known as Diluc, someone who may be important later on.

Kaeya believes that the red-headed man being involved has made things more interesting and decides to join your team.