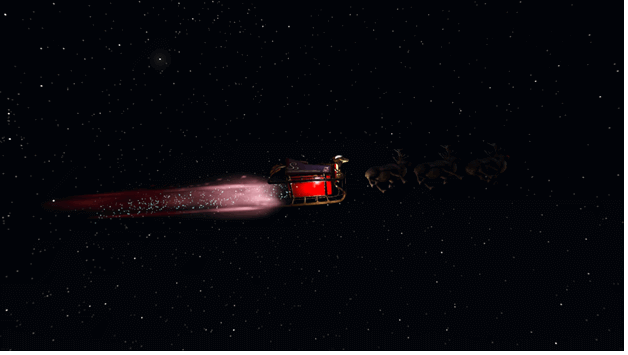 Sometimes Studio Wildcard comes up with the funniest ways to celebrate different seasons and the Christmas event is no different.

If you have played during December, you may have noticed something flying in the sky at night shouting “ho ho ho” but there is nothing to be afraid of, its just Raptor Claus.

Raptor Claus is pretty much the Santa Claus in Ark, flying around giving gifts and joy to all the players during the season.

What is Raptor Claus?

Raptor Claus is a creature or character in Ark Survival Evolved that you cannot interact with, who appears from 0:00 to 2:00 every day during the event.

As he flies around, you can see him in the sky if you are nearby or find out where he is by the trail of gifts that are descending.

With the presence of Raptor Claus, players will be able to not only get items, but also certain food that can be given to a GachaClaus.

Once the Raptor Claus has started to fly around, he will drop presents (supply crates) which players can open to get items.

These can only be opened once they have reached a surface and can be interacted with by players once they approach them.

The Raptor Claus loot table will usually contain Mistletoe, Coal, equipment, Chibi pets, and blueprints that players can take back to their base.

The Mistletoes and Coal can be given to a GachaClaus to make it drop Gacha Crystals, which can be opened to get items.

For more information on the GachaClaus, feel free to check out our GachaClaus Guide.

How To Spawn Raptor Claus?

The Raptor Claus does not have a spawn command but it can be forced to appear using the settimeto command and choosing a time between 0:00 to 2:00.

The Gift Supply Crates however may be spawned using the following command: cheat summon SupplyCrate_Gift_C

Why Raptor Claus Not Spawning?

If the Raptor Claus does not spawn at night, be sure to wait for the time to reach midnight as this is when it comes out.

Should it still not appear, make sure the server you are on is updated and has the Christmas event active or it will not appear.

Why is Raptor Claus Not Dropping Presents?

Since the timespan of the Raptor Claus’ gift giving is only a short duration, servers that have adjusted time may cause the Raptor Claus to not be around enough to drop gifts. 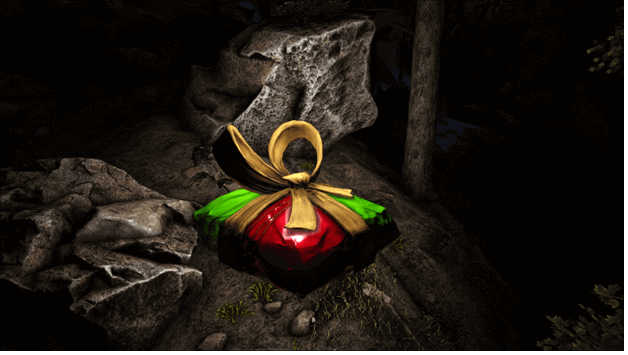 Supply Crates are not always as useful as players need them to be but with the Raptor Claus Gift Supply Crates, they can get a decent amount of goodies.

It is best to keep a look out for the Gift Supply Crates from afar as they glow with a bright yellow color and will be left in a trail.

If you miss the first run, you can always wait until the time Raptor Claus comes out but watch out for other players as they may be after them too.

ARK How To Drop Shoulder Pet