Running out of stamina in certain moments can be one of the worst things that can happen to you in the game for a ton of reasons.

You could be traveling or running from enemies, which would turn out wrong if you were suddenly to run out of stamina, resulting in loss of time or even death.

The good thing is, there are Energy Brews in the game that you can craft in order to help you recover them at a good rate.

Once consumed, an Energy Brew will begin restoring your stamina by 40 points over a duration of 5 seconds.

This effect can stack when you consume multiple Energy Brews, making it easier to recover your stamina in a short amount of time.

The faster your stamina is restored, the sooner you can make a move on, and even if you are running away from an enemy, consuming them as you run will be a big help.

How to Make Energy Brew (Recipe) 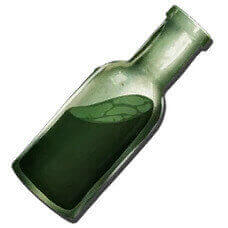 The Energy Brew can be cooked in a Cooking Pot or an Industrial Cooker, which must have a supply of water and fire to cook.

Below are the Energy Brew ingredients:

Energy Brews does not require too many resources to cook and this can be a great way for you to prepare before you head out.

The Energy Brew ID for spawning is: cheat giveitemnum 53 1 0 0

The description of Energy Brew is straight to the point and quite accurate as it mentions the following: “This brew doesn’t have any nutritional value, but fills your stamina”

Does Energy Brew Work on Dinos?

Dinos cannot consume human food, which makes the Energy Brew not consumable by your tamed creatures.

Resting up dinos for a bit should be enough to recover their stamina but for humans, a little boost in your stamina regeneration can make a big difference.

It is best to always keep a close eye on your stamina as depending on what you do, it can gradually decrease and cause your character to become tired.

Keeping a good stock of these and bringing some with you can turn the tables on many situations, improving your chances of survival out in the open.