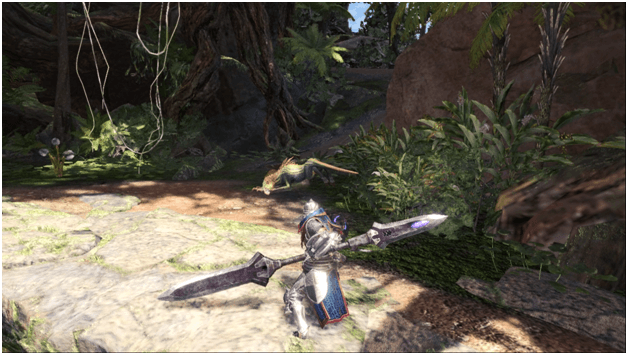 After the Fifth Fleet’s encounter with Zorah Magdaros, the local Jagras have seem to have had a change in behavior.

The Commander has assigned you and your handler to go and investigate the Jagras problem and to find out what is going on.

Once you have investigated the Jagras in their habitat, you will need to cull them to lessen the problem in order to keep Astera secure. 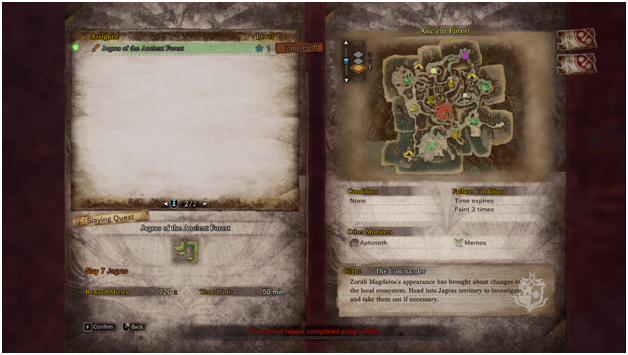 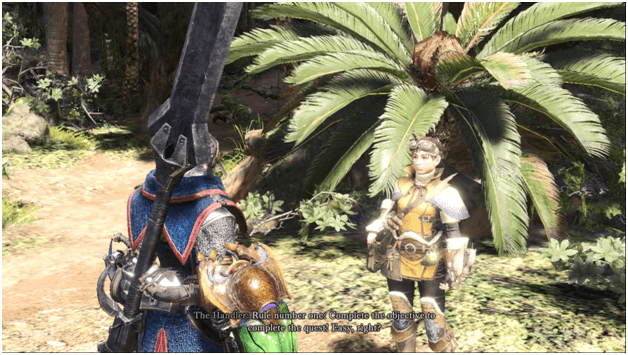 As the quest starts, you will need to talk to The Handler before heading on as she gives you a quick briefing and will show you how to use the map. 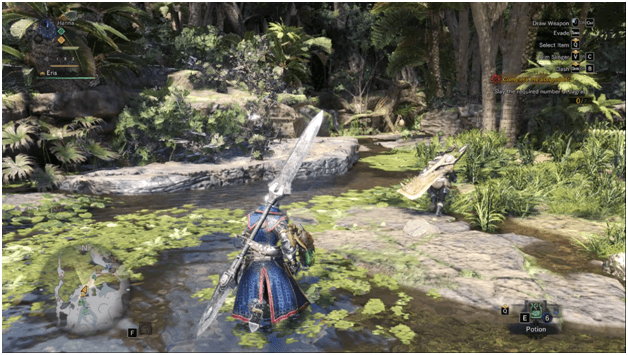 After talking with The Handler, head towards Section 2 where the Jagras may be found or follow the Field Team Leader as he will lead you to the entrance. 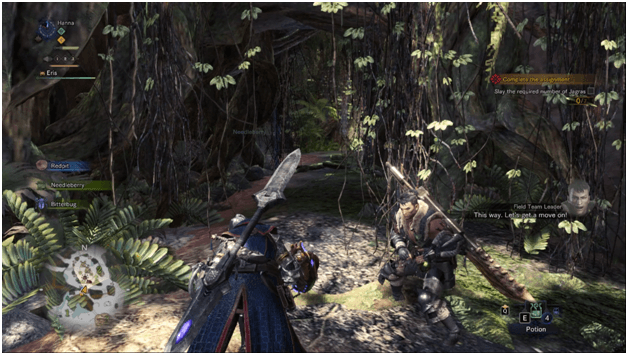 Once you arrive to the entrance to a cave where the Jagras are lurking about, the Field Team Leader will stay behind and this will serve as a test to see how you do on your own. 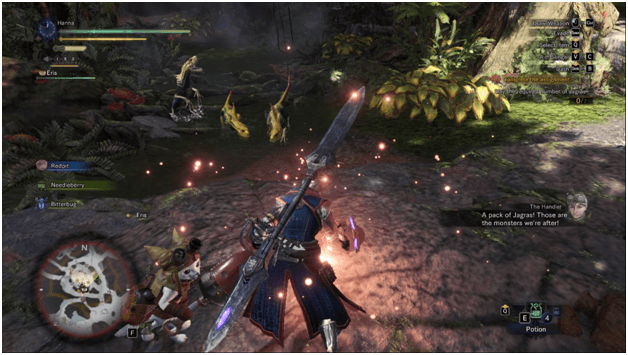 As you enter the cave, you will notice the Jagras below and as you approach them, they will sense you and begin to attack. 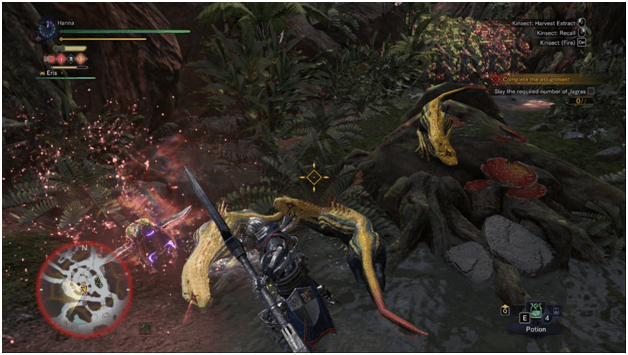 Start by attacking the Jagras that approach you and kill as many as you can before they get the knack for an escape. 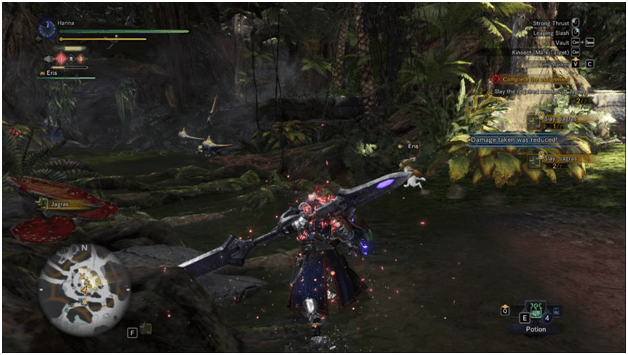 Once you have killed a few Jagras, the rest will run towards a small passage heading to another part of the cave. 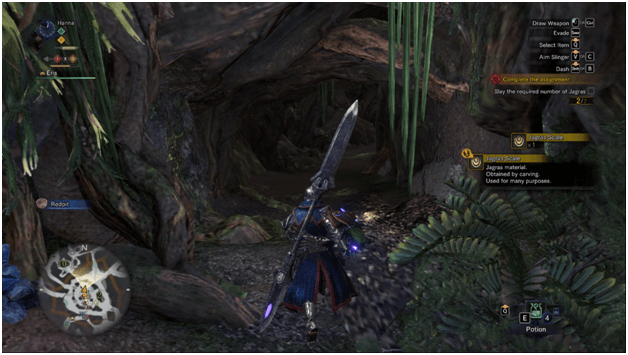 Proceed by following the Jagras and enter the tunnel heading to the other part of the cave but be cautious as they will be ready to attack. 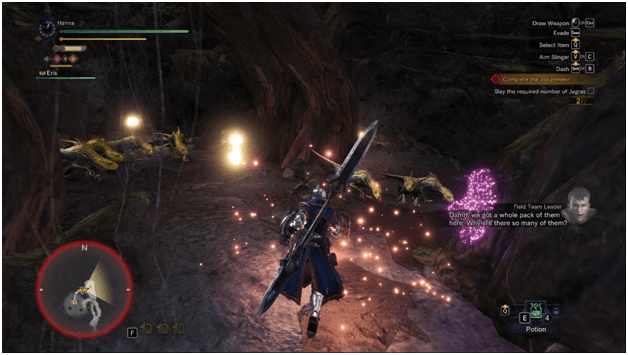 The Jagras will be grouped up together and you will need to fend them off, making use of the small space inside the cave and whatever is around. 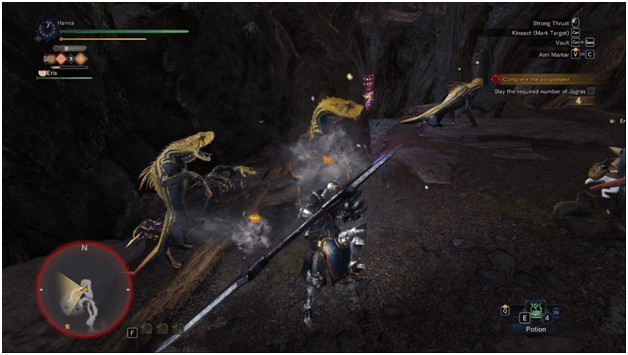 Continue to fight off the Jagras until you kill at least 7 of them in total to complete the quest objectives. 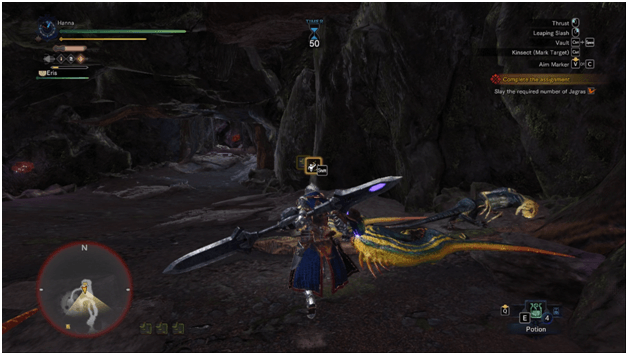 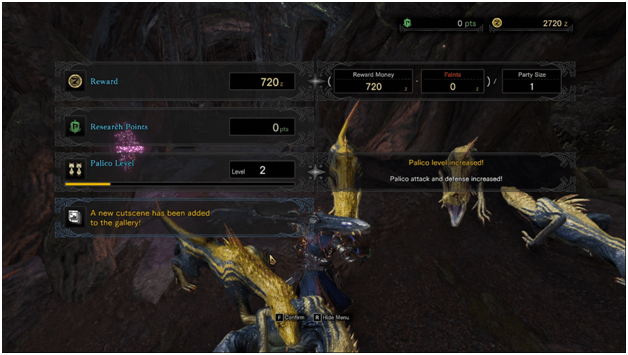 After completing the Jagras Of The Ancient Forest quest, you will be rewarded with 720 Zenny and the A Kestodon Kerfuffle quest will be available later on. 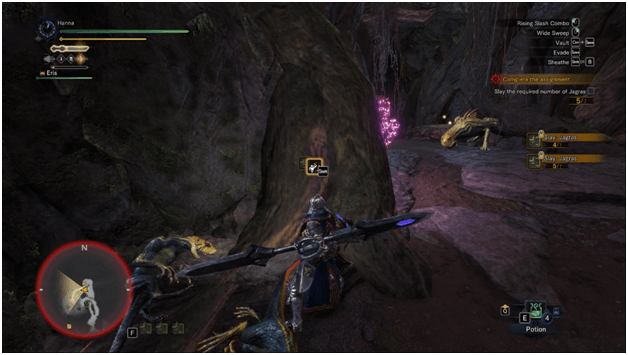