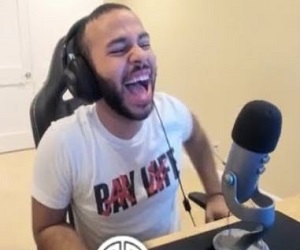 Hamlinz is an American YouTuber and Twitch Streamer known for showing his skills in the Epic Games Battle Royale title Fortnite. Born with the name Darryle Hamlin, the 23-year-old professional Fortnite player is a member of Team Solo Mid (TSM). At the time of writing, his YouTube channel has over 1 million subscribers and an accumulated 41 million video views. Conversely, his Twitch account has more than 1 million followers with over 8 million views.

Hamlin has only one video in his YouTube channel other than Fortnite and it was him playing RuneScape. During the time, when he had only 1 YouTube video, the now famous Fortnite pro player only had 20 subscribers to his name. Furthermore, the video was even struggling to gain at least 1 view a day. The growth of his YouTube channel exploded upon the start of his Fortnite playthroughs. Now, he can gain about 10,000 subscribers per day thanks to the Epic Games title.

The American Fortnite player isn’t just known for his skills in killing players in the game. Many of his viewers are fond of Hamlinz freestyle rapping whenever he gained a new follower on his Twitch account. He calls it adding a fun element to his gameplay. Many also know him with his signature icon which is a pig named “Ham” wearing sunglasses.

He is also famous for being short-tempered as he would intentionally ban people without a second thought if they rubbed him the wrong way. Hamlinz treats his games very seriously and will stream Fortnite up to about 40 hours per week.