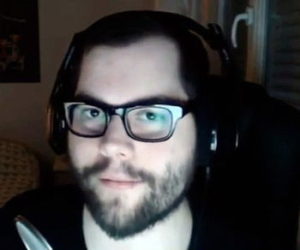 It was in 2011 when American gamer Dakotaz started on Twitch but it wasn’t until 2012 when he decided to start streaming games. Dakotaz, also known as Brett Hoffman, is a YouTube and Twitch celebrity known for playing different games. However, his interest in Battle Royale titles like PlayerUnknown’s Battlegrounds and Fortnite made him popular in the eyes of gamers and netizens alike.

His rise to fame started on his YouTube channel. Within the first month of the creation of his YouTube channel, Dakotaz began uploading content. Since then, the gamer accumulated more than 2 million subscribers. His Twitch channel saw a similar growth as it racked up about the same amount of followers.

Upon the start of streaming Fortnite, he only had 100,000 followers on Twitch. During this time, he also had about 90,000 subscribers on YouTube. It wasn’t until the release of Fortnite that the professional streamer saw significant growth in both of his channels. This game by Epic Games leads Dakotaz to be one of the most famous social media influencers among the “Let’s Play” community.

Dakotaz constantly reacts and shares his comments with his over 2 million Twitch streaming audience members. Each streaming session has about 100 people watching on average.