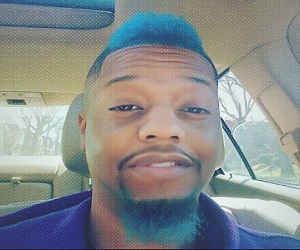 Born on January 11, 1989, Richard Nelson is a 29-year-old (at the time of writing) popular North American Twitch streamer. Also known by his online game name KingRichard, Nelson already racked up over 1.2 million followers on Twitch with more than 22 million views. He also has a YouTube channel where he posts his highlights playing Fortnite. His YouTube channel has over 235 thousand subscribers and more than 10 million cumulative views.

KingRichard is also quite famous in the social media space as he also likes to post updates in his Instagram and Twitter accounts. His Instagram profile already has over 273 thousand followers taking a look at more than 90 posts. On the other side of the social media sector, his Twitter handle, @KingRichard, now has 253 thousand followers. The professional Fortnite streamer also likes to host giveaways in his streaming channels and social media accounts for loyal followers and subscribers.

Fortnite wasn’t the first game on KingRichard’s list. He has a history of playing other titles and some of them weren’t even in the Battle Royale genre. Nelson also played titles like For Honor, Destiny, Call of Duty, Overwatch, Tom Clancy’s The Division, and The Elder Scrolls Online. This Philadelphia, Pennsylvania born gamer is currently a full-time Twitch streamer for the NRG Esports team.

Despite being known as one of the best Fortnite players, KingRichard is also known to not take getting killed too lightly. Some viewers captured the salty reactions of the professional Battle Royale player in Twitch clips shared around Reddit.