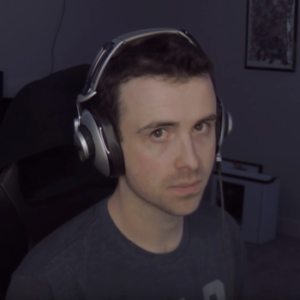 Benjamin Lupo was born on March 20, 1987, but he’s known as DrLupo in the online gaming world. The American Twitch streamer and Rogue team member has over 2.9 million followers on his Twitch channel. His Twitch streams and videos already racked up more than 48 million views at the time of writing. Lupo also has a YouTube channel wherein he has over 1 million subscribers and a cumulative 42 million views to date.

Aside from his quick thinking and fast reactions, DrLupo is known to do streams for charity. He is active with other members of Team Rogue in doing charity streams. Find Your Grind, in partnership with Team Rogue, launched a mentorship program back in September 2018. Junior Rogue, the title of the program, aims to help kids who are interested in developing a career in the Esports industry. Team Rogue’s Fortnite members, including Lupo, was on board the project.

Despite his rising popularity in playing and streaming Fortnite games, DrLupo didn’t start his gaming career playing the Epic Games title. He started off with streaming Destiny and slowly gained a good amount of followers and views playing Bungie’s video game. Lupo then decided to move to the Battle Royale sector but first started with H1Z1 before moving to PlayerUnknown’s Battlegrounds.

Lupo is joined with other known members of Team Rogue including famous names like Timthetatman and Ninja. At the time of writing, DrLupo holds the world record for most Fortnite ATV Trick Points with a total score of 49,256,200 points.