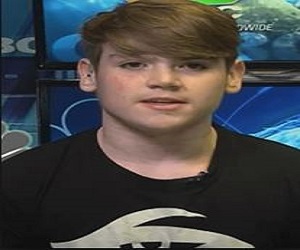 Kyle “Mongraal” Jackson is one of the youngest Fortnite streamers as of late. Born on August 13, 2004, the now 14-year-old is an American Esports player who mainly plays the famous Battle Royale title from Epic Games. He is known for his aggressive plays that win him kills and matches. Many people, especially those in the online video gaming community look up to him because of his exceptional skill at a very young age.

At 13 years old, Jackson acquired success and was even featured in BBC News. He is now a part of Team Secret and also the top Fortnite player in the United Kingdom. At the time of writing, Mongraal livestreams his gameplays on his Twitch account that now amounts to over 160,000 followers. He also has a YouTube channel with more than 340,000 subscribers.

Jackson was already featured in 5 Friday Fortnite tournaments. On the 6th week in the tournament, he won with Domentos. On the 7th and 8th week, he partnered with Deji. Aside from Friday Fortnite, the young Fortnite player also wanted to take part in the Summer Skirmish which is a weekly tournament hosted by the game developers themselves. However, Epic Games didn’t allow Mongraal to join on the premise of the player being too young.

Back in April 2018, Jackson was invited to do a BBC News interview. It was during that time when he was named the Youngest Competitive Fortnite player and the #1 British Fortnite player.