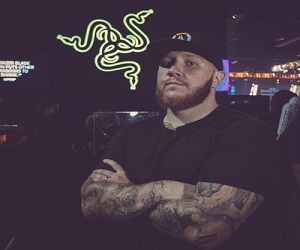 Timothy John Betar, also known as TimTheTatman is a Twitch livestreamer. Residing in New York, this 28-year-old male was born on April 8, 1990. Many of his audience members know of him as “The fat man,” even referring himself to this trademark. He started streaming and posting online content since 2012 with videos from games like Counter-strike Global offensive and Overwatch. Despite his looks, the tattoos on his body represent his Christian faith.

His career started when he was playing Call of Duty: Black Ops II. During that time, he was working a full-time job while streaming as a hobby. However, his viewer count grew as time flew by and now TimTheTatman is a full-fledged streamer giving entertaining streams and videos to his fans.

Now TimTheTatman has near to 1 Million followers on Twitter which they call themselves the “Tatman’s army.” The streamer continued his reign and influence on Youtube gaining over 1.2 Million Plus subscribers and about 30  Million Plus views. Although there isn’t much information about his life, the streamer declared and exaggerated he has been playing games since he was still in his mother’s womb.

This streamer is currently affiliated with brands like Monster Energy, Razer, Cyber Power, and Japan’s Audio Technica. There’s no exact amount of his net worth but reports suggest it sits somewhere around $500,000 and $1 million.