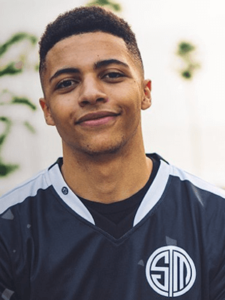 Myth, formerly known as Themyth, is better known as Ali Kabbani in real-life communities. This American YouTube and Twitch Streamer has a slight Middle-Eastern lineage. He currently resides in Michigan, Texas, and he gained popularity from playing and streaming Epic Games’ famous battle royale title Fortnite.

Kabbani made a name for himself by making use of the building mechanic in the game. While there are other players who excel in sniping down enemies from afar, Myth prioritized using his environments to his advantage. At the time of writing, he is now the designated team captain for Team Solo Mid’s (TSM) Fortnite team.

He is now considered to hold the largest prominence incline in comparison to any other members of TSM’s Fortnite team. His YouTube channel now has over 4 Million Plus subscribers with a total of more than 210 million video views. As for his Twitch channel, he has over 4 million followers with a cumulative 35 million views. Interested netizens who wish to follow Kabbani in his channels may do so by going to his “Myth” YouTube channel or this “TSM_Myth” Twitch account.

Kabbani now has over 458 videos on YouTube. However, it wasn’t until the 14th of May in 2016 when he started making a name for himself while playing games with viewers on Twitch. He started with broadcasting games like “Paragon” and soon went to join the Fortnite bandwagon. His skill in the battle royale title grew since then.

Prior to the release of Fortnite, Myth was only a small Twitch streamer with only having 800 subscribers on YouTube.