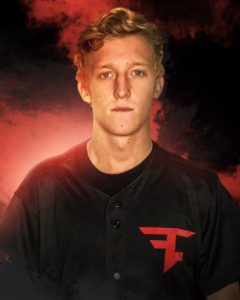 Turner Tenney is just like many people on this planet. The American video game streamer born on January 2, 1997, was drawn to playing video games at a young age. Now 21 years old, this Twitch streamer has a net worth of $3 million USD at the time of writing. He is known as “Tfue” in the online gaming and Esports world.

Albeit he is now known for racking up kills in Fortnite, Tfue started his professional video game career by playing the First Person Shooter (FPS) Halo. Soon enough, his interests turned to play Battle Royale games and decided to launch his channel back in May 2014. At the start of his online streaming career, he started showing himself playing Call of Destiny and Destiny.

Playing these two titles enhanced the streamers skills at it eventually landed him a partnership with Twitch. After signing up with the popular game streaming site, he added H1Z1, Player Unknown’s Battlegrounds, and, of course, Fortnite to his list of streamed games. The video game community knows Tfue for his accuracy, sniping enemies from afar without using scopes, and trying (and succeeding) trick shots. Tenney even holds the world record for most solo kills in Fortnite at the time of writing.

Tfue already gathered more than 9 million subscribers in his YouTube channel since the launch of Fortnite. Netizens already gave Tenney’s videos over 461 million cumulative views. His Twitch channel saw a similar growth as it racked over 5 million followers and more than 65 million views. He is known to share the top spots in Fortnite with Ninja and Myth.