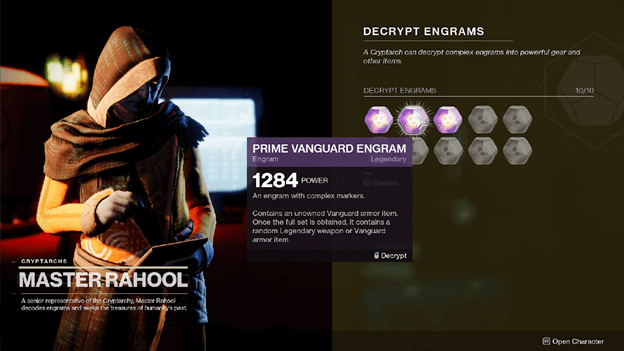 Prime Engrams (including Prime Vanguard Engrams) are some of the many different types of engrams in Destiny 2 which can be used to obtain gear.

The gear within a Prime Engram will be random and depending on the power level, the same will be given to the item within it.

Not all Engrams can be opened easily, some require a specific place or NPC to interact with, such as the Prime Engrams which are unlocked in the tower.

Where to Get Prime Engrams?

Prime Engrams will eventually start to flood your inventory the more you play Destiny 2 and it is known that these come when you perform certain tasks.

This includes defeating hard enemies, performing ingame modes such as crucible and simply following the story of Destiny 2.

It is known that defeating stronger enemies (yellow health bar) has a chance of giving you a Prime Engram.

Completing Lost Sectors and Heroic Public Events are some of the best ways for you to obtain Prime Engrams.

How to Open Prime Engrams? 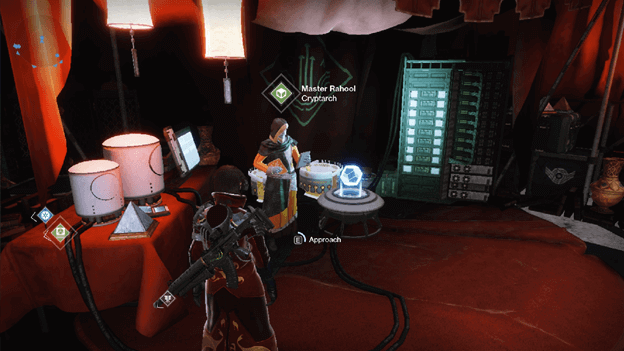 Prime Engrams are easy to open and you simply need to go to the Tower and speak with Master Rahool to unlock them.

Master Rahool can be found in the Courtyard and once you speak with him, you will see the list of your engrams.

The engrams (Prime and Vanguard Prime) that you have will be highlighted and will be opened after you select each one.

You can unlock Prime Engrams at any time you want but can only carry a limited amount, making it important to unlock them before all slots are full to save room for more.

Just because a Prime Engram may be at a lower Power Level, it doesn’t mean you should discard it, since you can easily upgrade the gear later on.

Prime Engrams are one of the best ways to increase your Power Level as they are easy to open and can be obtained easily.