This may sound like quite the treat to have and you may be wondering how Failsafe will even eat this baked recipe or whatever else she has planned with it.

Although it is a bit strange that an AI would like Infinite Forest Cake, she will still give you something in return if you are kind enough to give her some.

How To Make Infinite Forest Cake? 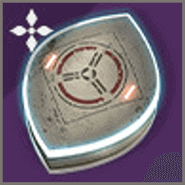 The following are the ingredients that are needed for baking Infinite Forest Cake in Eva’s Holiday Oven during The Dawning event.

Once you have all the ingredients, you can make Infinite Forest Cake via Eva’s Holiday Oven which can be found in the quests tab.

You can give Infinite Forest Cake to Failsafe during The Dawning event and she will give you a Dawning Delivery in exchange for it.

The Dawning Delivery will contain goodies which may be rare or legendary gear, glimmer, or more depending on your luck.

It is given just by the ingredients name that Vex milk needs to be obtained by defeating the Vex and for Impossible Heat, you simply need to use Solar damage.

A good way to farm both ingredients would be to use Heat weapons and abilities while you are hunting the Vex.

Obtaining the ingredients for Infinite Forest Cake should be a walk in the park for anyone, especially if they have a Solar weapon.

Since Solar abilities have a cooldown, you can result to a Solar weapon now and then while you are waiting for it.

Infinite Forest Cake is also one of the baked goods that are needed in a quest that you will receive during The Dawning.