Someone as big as Zavala deserves an explosive treat such as Gjallardoodles and this appears to be something he loves.

Gjallardoodles are one of the types of items that you can bake during The Dawning, which can later be given to Commander Zavala. 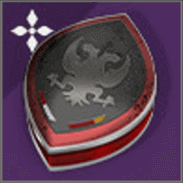 The following are the ingredients that are needed for baking Gjallardoodles in Eva’s Holiday Oven during The Dawning event.

Once you have all the ingredients, you can make Gjallardoodles via Eva’s Holiday Oven which can be found in the quests tab.

Gjallardoodles can be given to Commander Zavala during The Dawning and in return, you can get a Dawning Delivery from him which may have certain goodies in them.

Commander Zavala can be found where he always is, which is in the Courtyard at the Tower and he will be delighted to receive Gjallardoodles.

Ether Can is easy to obtain and can simply be farmed by defeating Fallen opponents while Delicious Explosion can be quite tricky.

Some would go for Rocket Launchers, but we recommend a grenade launcher and hunting the Fallen to get these at the same time.

Grenade Launchers are a better choice since they have a decent area of effect and a better ammo pool to take out more targets.

You need to blow up the Fallen if you want to farm the ingredients for Gjallardoodles quickly and this is an easy task.

In return for your efforts, you can progress with The Dawning event and will also get some goodies such as legendary weapons, glimmer, and more in return.

Gjallardoodles are one of the first cookies that you bake during The Dawning, during a quest where you give them to Commander Zavala.