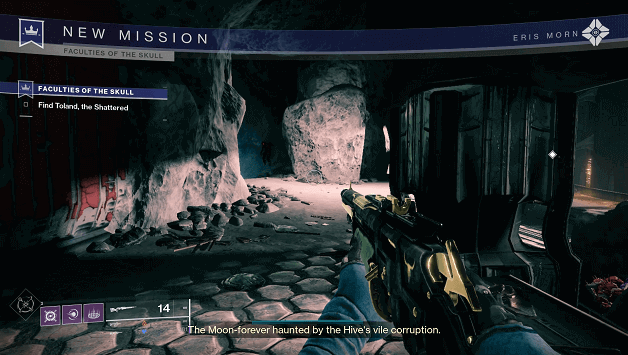 For a long time the Hive has been using their wicked ways to wreak havoc on the Moon, haunting it and all those who are located there.

Now is the time to turn their wickedness against them and Eris Morn needs you to first find Toland the Shattered able to do so.

You will need to make your way into the Circle of Bones and search for Toland and later obtain something that can turn the tide of battle.

How To Get Faculties of the Skull Mission?

The Faculties of the Skull mission is actually part of Step 1 of the Symphony of Death Exotic Quest and will be the first mission you need to complete.

Faculties of the Skull Mission Objectives 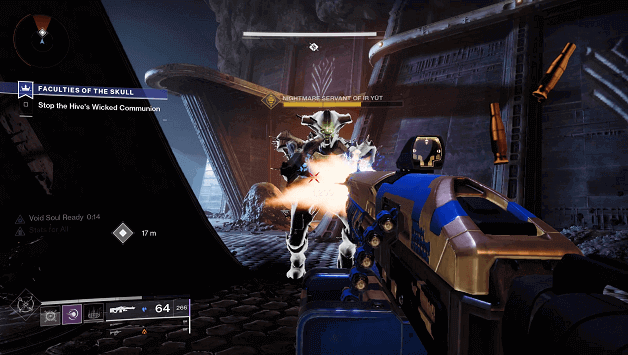 You will find yourself heading down the Circle of Bones and will need to follow the waypoint which will bring you to Toland, the Shattered.

Toland tells you to prove to display your power which you will need to do in the next room full of enemies including Devoted of Ir Yut, Nightmare Servant of Ir Yut, and an Overload Minotaur.

Clear out all of the enemies in the area until nothing is left except for a Silent Skull floating in the area which you will need to take.

Approach the floating Silent Skull and interact with it to pick it up, resulting in Toland telling you that it now belongs to you.

Shortly after Toland tells you about the Silent Skull, the mission will come to an end and you will be back on track with the Symphony of Death quest.

Faculties of the Skull Mission Reward

After completing the Faculties of the Skull mission, the Silent Skull will now be yours but you will need to take it to Eris Morn to figure out what to do with it. 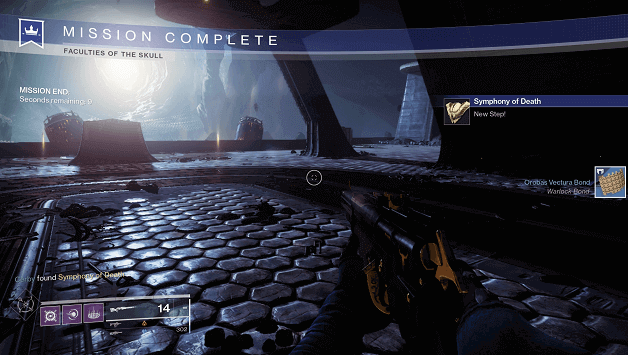 Not only have you obtained what Toland wished for you to collect, but you also proved your worth to him by displaying your power.

You now have the Silent Skull which can later be used somehow to create a new weapon to fight back against the Hive.

Although you are quite unsure what to do with the Silent Skull, Eris Morn should have an idea of your options and next moves.