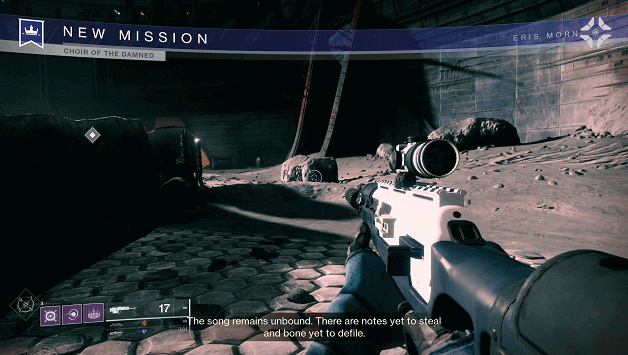 Now it is time to put an end to the Deathsinger so that you can finally complete the new weapon Eris is helping you make.

Once again you will have to travel into the depths of the Circle of Bones and this time survive the Aria before fighting the Deathsinger.

You will need to keep delving into the Hive lair to locate Ir Airam, Deathsinger, and defeat her for good.

How To Get Choir of the Damned Mission?

You obtain the Choir of the Damned mission after completing Step 5 of the Symphony of Death quest, making it the next objective for Step 6.

Choir of the Damned Mission Objectives 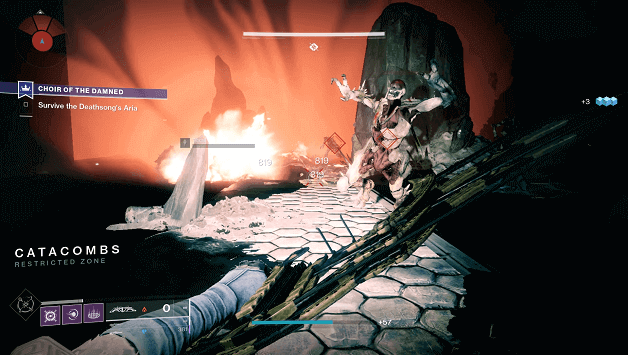 Continuing in the Circle of Bones, you will need to head to Toland who will be waiting just before he has a conversation with Eris Morn.

Follow the waypoint which will point you in the direction of the Aria, who Toland begins talking about, saying that you must silence them.

The path you take will be dark so watch your step and look out for enemies that will try to sneak up on you as you head to the waypoint.

Continue progressing through the dark areas until you reach Ir Absuul, First Aria, and defeat them as soon as you can to progress.

Once the First Aria is defeated, continue making your way to the waypoint again and you will find Ir Nagash, Second Aria who you will also need to defeat.

After the first two Aria have been dealt with, make your way to the waypoint which will lead you to the last one, Ir Sufra, Third Area, and defeat them.

Head towards the end and you will speak with Toland once more, shortly resulting in a bridge manifesting for you to cross.

You will come across what appears to be a ritual with a choir occurring with If Airam, and Deathsinger in the middle.

If Airam will begin to attack you as soon as you are noticed and you will need to defeat her to complete the mission.

After Airam is defeated, Toland will say that the Deathsong is now yours which you can now use to complete the weapon.

Choir of the Damned Mission Reward

Completing Choir of the Damned will reward you with the Singing Skull which you may take to Eris Morn to complete the Symphony of Death quest, resulting in an Exotic Rocket Launcher. 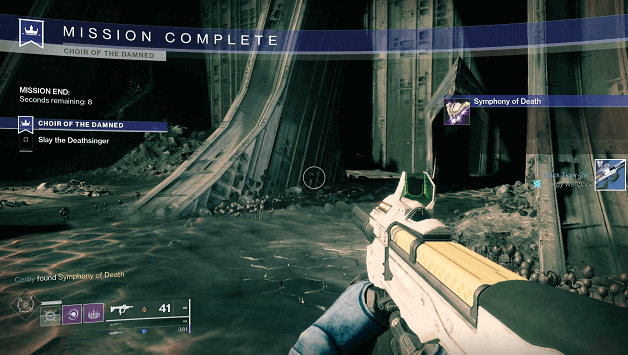 The Deathsinger has now been defeated and you have put an end to this Choir of the Damned once and for all.

Now the Singing Skull is in your possession and Toland tells you that Eris Morn will be able to turn it into a weapon for you to use.

This will, later on, provide you with the Deathbringer Exotic Rocket Launcher, a powerful weapon that drops Void orbs on enemies.