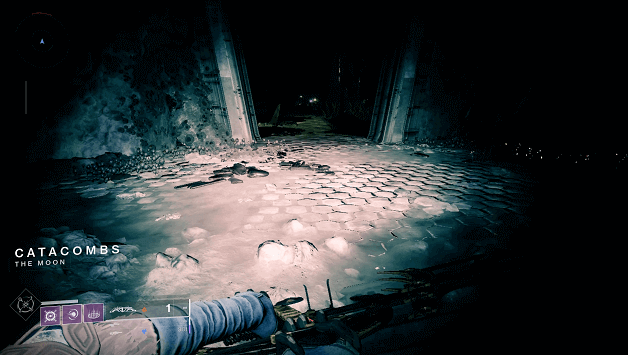 They have been causing trouble for ages and Eris Morn finally may have found a way for you to fight fire with fire against them.

She believes that their wicked science can be used against them with the right weapon but you will need to investigate her theory first.

This is an exotic quest that puts the Guardian deep through Hive territory in hopes to find something which can be weaponized to fight back. 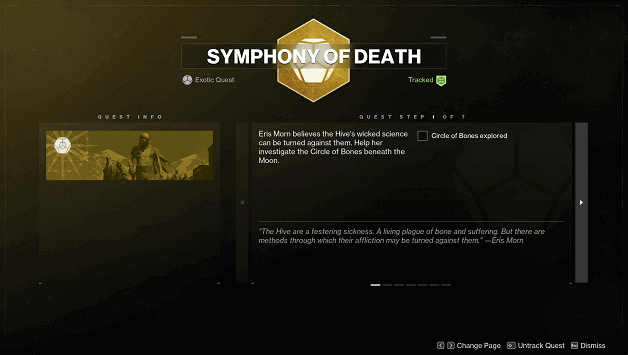 Step 1: Explore the Circle of Bones (Complete Faculties of the Skull mission)

Eris Morn believes that to figure out a way to combat the Hive, a solution may be found within the Circle of Bones. This location is deep underground on the Moon, home to several hive enemies that pose danger to the Guardian.

You will need to head to the waypoint marking the start of a mission later known as “Faculties of the Skull” and complete it.

The Hive’s Deathsong has only begun and the Silent Skull that you previously obtained remains a mystery to you. Eris Morn will most likely have an idea of what to do with it.

You will need to head over to Eris Morn on the Moon and speak with her.

Eris Morn understands what needs to be done and requires that you obtain certain types of bones along with a special bone marrow that is needed for the weapon. You will have to search for 3 specific quest items to proceed.

You will need to collect the following:

Toland requires that you put an end to the High Conductor, who plays an important role due to their temporal bone. This will allow you to further continue progressing with the new weapon which may help fight the hive.

To slay Sulmakta, you will need to do the Scarlet Keep Strike on the Moon.

Step 5: Record the Screams of Your Enemies

You will need to cause pain and devastation to your enemies to provide the weapon with power. You will need to defeat combatants, elites, minibosses, bosses, and even Guardians to progress with collecting a different set of screams.

You will have to complete 100% progress for the following:

Progression is faster on the Moon.

The time has come for you to obtain the skull of the Deathsinger which will be needed for the new weapon. You will need to make your way to the Circle of Bones and survive the Aria before facing the Deathsinger, Ir Airam.

Head towards the waypoint which marks the location of the Choir of the Damned mission and complete it.

Now that you have taken the Deathsinger’s skull, head back to Eris Morn so that she can complete the new instrument of war.

Go back to Eris Morn on the Moon and accept the new weapon.

Completion of the Symphony of Death quest will reward you with the Deathbringer (Legendary Rocket Launcher). 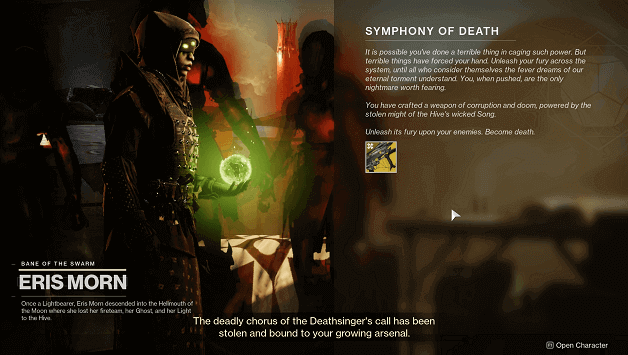 The tides have now been turned thanks to Eris Morn’s discovery of the enemy’s symphonic weaponry and now you can use a new weapon against them.

Since they have lost their instrument of war and now you have gained one to use against them, the Hive will have a lesser chance at victory.

The Deathbringer will now be in your hands and can be used to unleash devastation on enemies, including raining Void orbs on your victims.