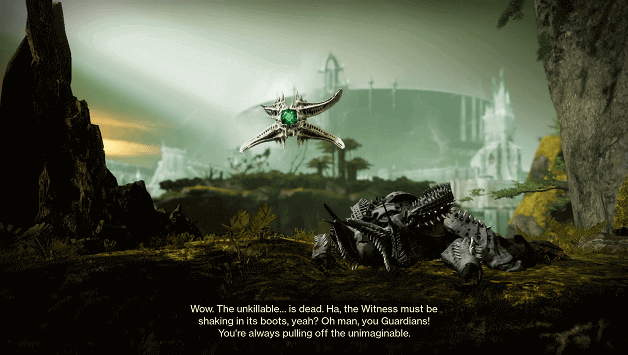 So you recently met with a rebel ghost named Fynch, who seems to be against Savathun and her minions but also has trust issues.

To gain his trust, you will need to perform some tasks to prove whose side you are on, convincing him to believe you.

If all goes well, Fynch will most likely aid you when it comes to many of your adventures on The Throne World. 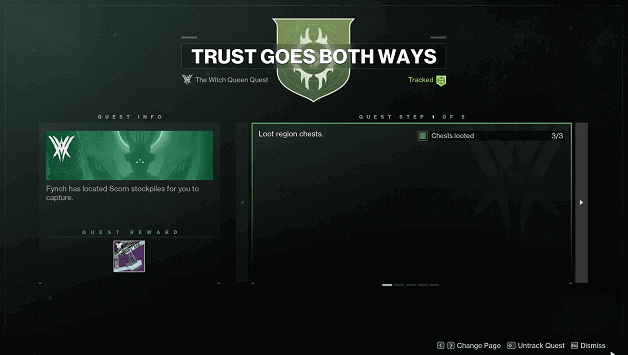 The first step is an easy one, simply loot region chests which is pretty much a boon for you as well since you will get goodies from them.

Markers can be seen on your map showing the location of region chests, making it easy to complete this task.

Step 2: Defeat Scorn and Complete A Public Event in the Miasma

Since more and more Scorn incursions have been happening across the Throne World, Fynch would like you to deal with them wherever you can. You will need to defeat Scorn enemies in the Miasma and also complete a public event.

This requires that you defeat 100 Scorn enemies at any time and that you complete at least 1 public event.

Step 3: Loot Faction Chests and Complete Patrols in the Miasma

To make it seem like Fynch is doing his part, he needs you to make the Scorn hurt even more. This would make his superiors believe he is still on their side. You will need to loot faction chests and complete patrols in the Miasma.

You need to loot 4 chests scattered around the Miasma and complete 2 patrols in the area.

Fynch is currently pleased with all of the efforts you have been exerting and hopes that you can still do a little more before trusting you. You will need to complete tasks on The Throne World to raise your reputation with Fynch.

You need to do activities, find loot chests, and more on The Throne World to reach Rank 3 reputation with Fynch.

Fynch believes that he can now trust you and as a gesture of his trust, he wants to offer you a token of his appreciation. Head back to Fynch and he will reward you.

Return to Fynch on The Throne World.

During this quest, you will get a lot of loot from the region chests and loot chests and after the quest is complete, Fynch rewards you with the “Likely Suspect” Legendary Fusion Rifle. 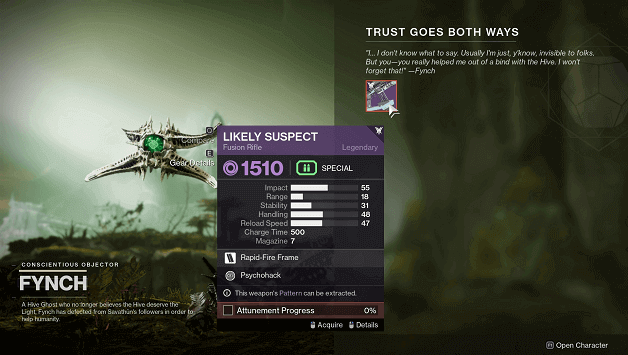 Although it was a bit tedious to get this ghost’s trust despite the fact he could have been the enemy, he seems to want to help out.

Now that there is trust between the two of you, it will now be easier to get his help when certain things come up.

Continuing to build your reputation to higher ranks with Fynch can provide you with many more rewards in the long run.