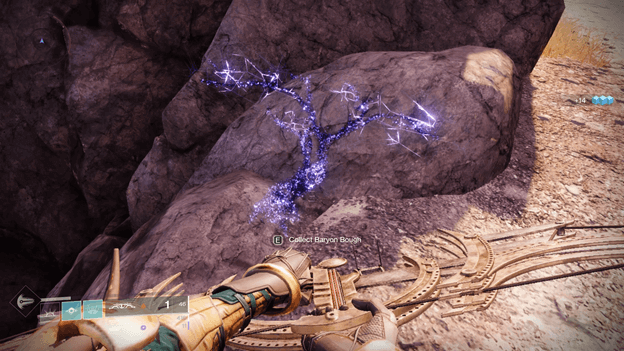 Baryon Bough is one of the materials that can be found in The Dreaming City, scattered around several regions and obtained in various ways.

This material is distinguished by its color being of a mixture of purple lights and sparks which seems to be ethereal.

Description: “A species of diffusuceae prized by the Awoken for its many uses. Take this to Petra Venj to discover its value”.

How to Get Baryon Bough?

You can get Baryon Bough by doing activities or hanging around in The Dreaming City as this is the main location for the material to be obtained.

Baryon Bough is only found in The Dreaming City and can be obtained by doing the following in its many regions: 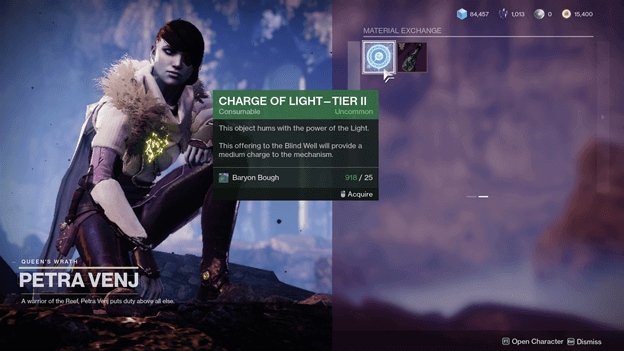 Baryon Bough is mainly used to be traded with Petra Venj for specific items and as suggested by the item’s descriptions, Petra Venj will be your best bet to figure out its use.

Players may take the Baryon Bough they have collected in The Dreaming City to buy specific items that they can use within several regions within this location.

In The Dreaming City, players can purchase a Tier II Charge of Light for 25 Baryon Bough and Tincture of Queensfoil for 50 Baryon Bough.

Tincture of Queensfoil is an item that allows its consumer to gain the ability to see many of the secrets that lie within The Dreaming City, including hidden passages, chests, and the Ascendant Challenge portals.