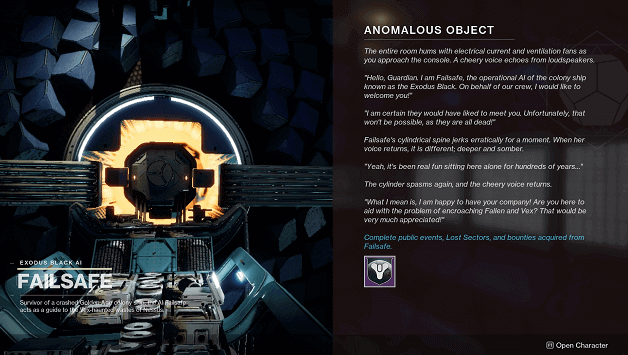 A strange object has appeared on Nessus and you will see it on your map marked as the Anomalous Object Campaign.

Once you begin interacting with the object, you will be directed to Failsafe, who is the Exodus Black AI, and afterward, you will be able to obtain the Quest.

Failsafe needs your help dealing with the Vex and Fallen problem on Nessus, which requires you to handle objectives on the planet.

How To Get Anomalous Object Quest?

The Anomalous Object quest is obtained by heading to Nessus and locating the strange object marked on the map.

This object appears to be a bunch of parts that have been collected and are hanging, making it quite easy to spot.

To begin the Anomalous Objects quest, you must interact with the hanging parts and make your way to the marked location which leads you to Failsafe. 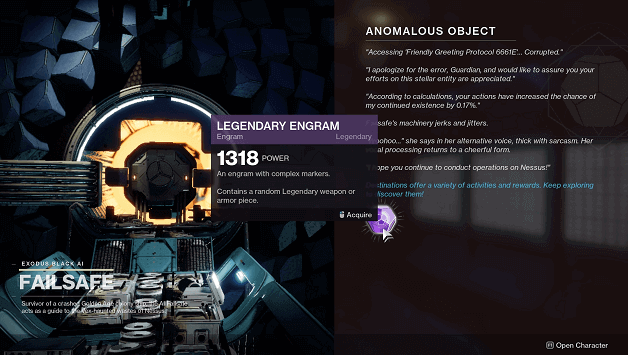 Failsafe needs your help in taking care of the Fallen and Vex, which can be done by participating in public events, completing bounties, and looting Lost Sectors.

You will need to complete the following:


Step 2: Speak With Failsafe on Nessus

Once you have completed all of the objectives that Failsafe has assigned you to do, head back to the Exodus Black and speak with her.

Speaking to Failsafe will show her message along with a reward and once you accept the reward, the quest will be complete. 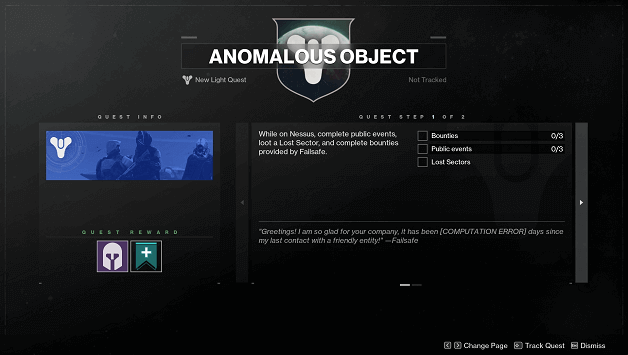 Failsafe will reward you with a Legendary Engram after you have completed all of the objectives and have returned to her.

The Legendary Engram’s Power Level will be determined by your current Power Level, making sure you get gear that is at an average level.