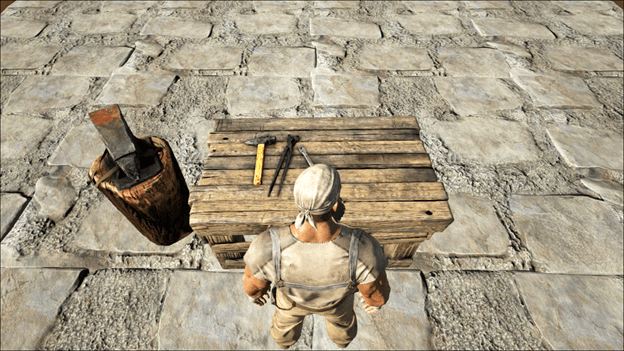 In Ark Survival Evolved, you will most likely be crafting Primitive gear starting from the lowest sets going to the higher tier ones.

Aside from the Primitive gear, you can get different quality ones which are either the item itself or a blueprint for crafting the item.

Crafting Skill allows you to craft a better version of the item you have a blueprint of, making the stats even better based on its stat roll.

Also read our other guides of ARK:

What is Crafting Skill in ARK? 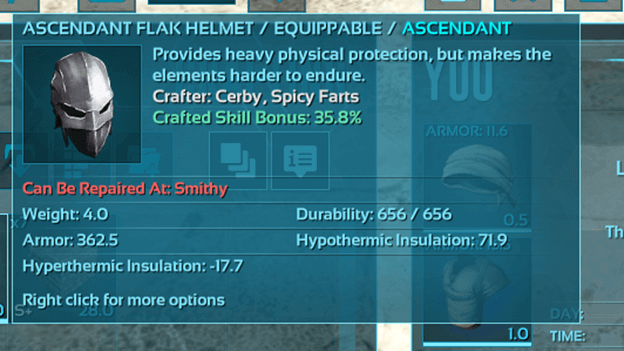 Crafting Skill is a stat in Ark Survival Evolved that affects your Crafting Speed as well as the result of the items you craft using blueprints.

The higher your Crafting Skill, the higher the chance you will get better stats on the item that you are crafting. This allows you to create stronger items with better stats based on how much of your points you have spent from leveling up the Crafting Skill stat.

Eventually, those who can craft better gear will usually have a better chance at survival and this becomes quite an important feature in the game.

Is Crafting Skill Worth It?

Earlier on in the game, Crafting Skill may not be that wise to invest in since you are still in the farming and building phase.

Although, some may use this to an advantage since it increases the speed at which you can build, allowing the player to build up their base faster.

Later on, you will need a lot of resources to craft some of the best blueprints you find and this may require multiple crafts to get good rolls on stats.

Some players suspect that the Focal Chili consumable increases the effects of Crafting Skill, but this is incorrect. Focal Chili only affects the speed at which you craft and the quality of Custom Recipe Food items only, nothing else.

Although this may not seem like much, the extra speed can be helpful for those who are building or for those who want to create special food for later on.

Crafting Speed may not seem like an essential stat, especially when other players pump into weight, health, or damage.

It is an important stat but one that players often save for another character or use Mindwipes to alter.

What players often do is build up and later on hunt for blueprints to craft later after Mindwiping and pumping all stats into Crafting Skill before reverting with another Mindwipe.

Sooner or later, players will need to get better blueprints for better gear, which makes it more worth it to have someone with Crafting Skills pumped up now and then.