The Cyngas is a burst-fire arch gun that fires short accurate bursts and has an efficient magazine size.

It is mainly a status chance weapons and can be used to apply several status effects based on the mods that it is equipped with. 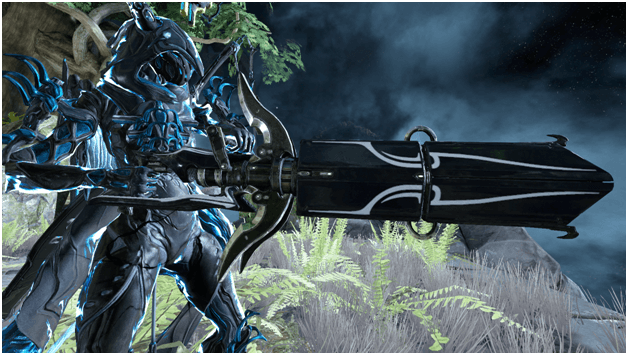 The Cyngas is more like a large archgun meant to be a burst fire assault rifle-like weapon.

It is capable of hitting enemies from great distances as long as the shots are timed. 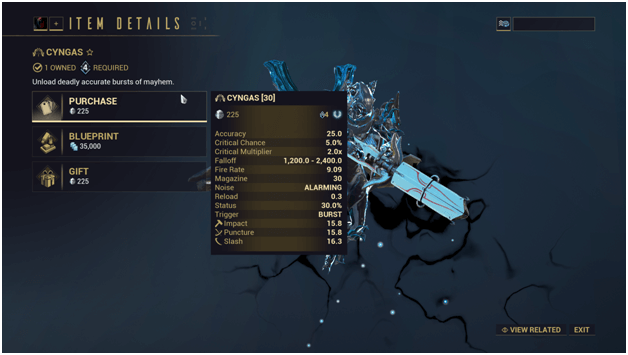 The following are the Cyngas stats:

A mastery rank of 4 is required to use the Cyngas. 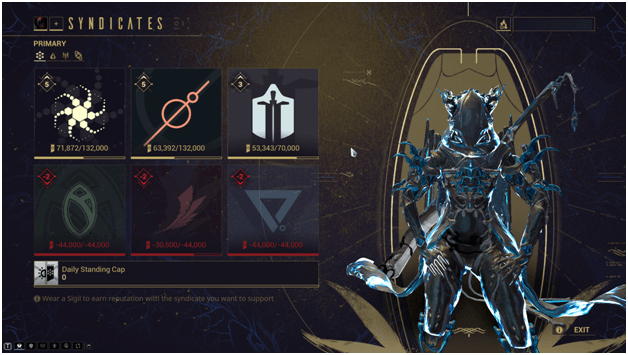 The blueprint for the Cyngas can be purchased from the market located on the orbiter and costs 35,000 Credits.

Cyngas parts may be obtained by exchanging syndicate standing for specific parts which are purchased from different syndicates.

The Cyngas can be built to deal either good amounts of damage instantly or over time based on its builds and how it is used.

With a high status chance, it is easy to proc status effects to weaken enemies or deal damage over time to them. 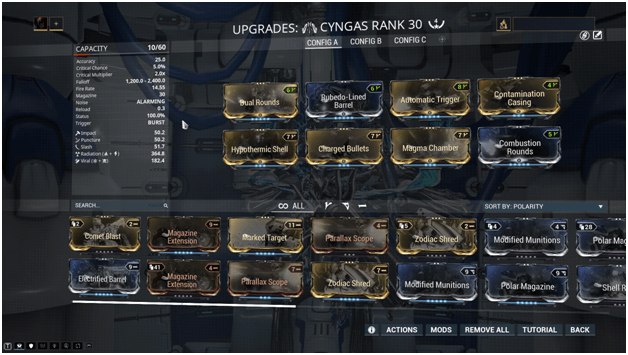 Due to the fact that the Cyngas has a high status chance, this makes it easy for it to reach higher status chances and even go to 100%

Using the four elemental and status mods, the Cyngas can have 2 combined elements as well as a 100% status chance, guaranteeing that enemies are affected by the effects of the elements.

It is possible to rearrange the mods in order to change the elements so that they suit your playstyle and do a good amount of damage towards specific enemies.

This is a very popular build, especially when it comes to Railjack missions as it can melt enemy fighter and even crew ships down in mere seconds. 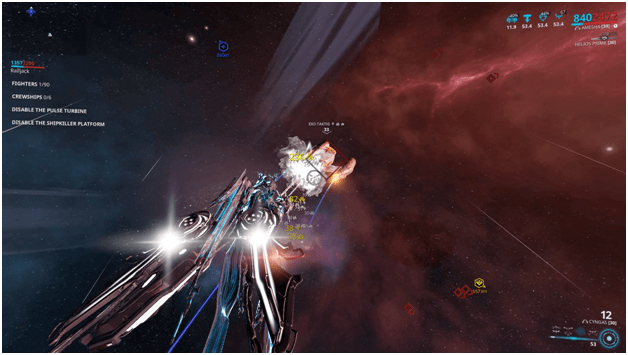 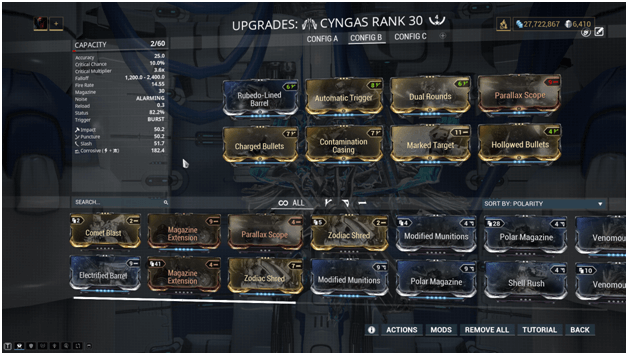 Since making a pure critical build is not that viable due to the low critical chance, we have use part of the status build in order to make a hybrid build.

This build offers a high status chance and a good chance to deal damage and even score critical hits.

The elemental damage and status mods help with both damage and can help weaken enemies while the chance for a critical hit to occur adds a good chance to deal heavy damage. 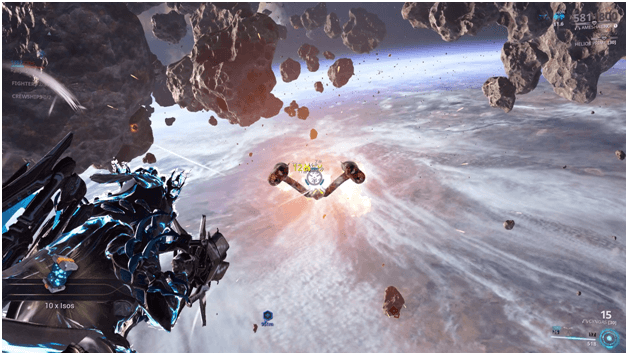 The Cyngas can be modified in different ways but due to the lack of more mods for archguns, these builds work best and can be good starter builds for you.

The status build is probably one of the best builds for the Cyngas since it can rip through the Grineer numbers in a small amount of time.

When it comes to dealing damage in archwing mode or even using archguns in normal missions, the Cyngas does a good job.

The numbers it deals don’t appear to be so high at first but once you get a few hits in, the damage begins to show, especially with more status effects.

In Railjack missions, the status effects exceed that of normal missions ones due to the mechanics and this causes the Cyngas to deal severe damage against all enemies both fighters and crew ships alike.

Cyngas is considered one of the best status weapons among the archguns and is a great choice for those who are accurate and like a damage over time approach. 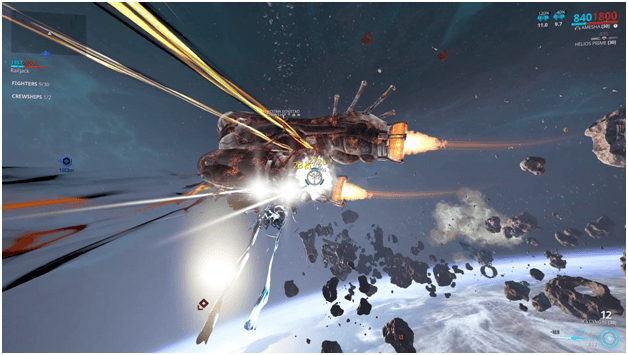