When it comes to high damage and medium to long range combat, sniper rifles play an excellent role in Warframe.

I have used many sniper rifles since I had first been playing and through that time discovered amazing ways to build and make use of the different sniper files in the game.

When it comes to dealing excessive damage to enemies and cutting bosses or heavy enemies down to size, these amazing weapons do an excellent job and remain some of the strongest weapons in the game.

Here is a list of 5 of the best sniper rifles in Warframe: 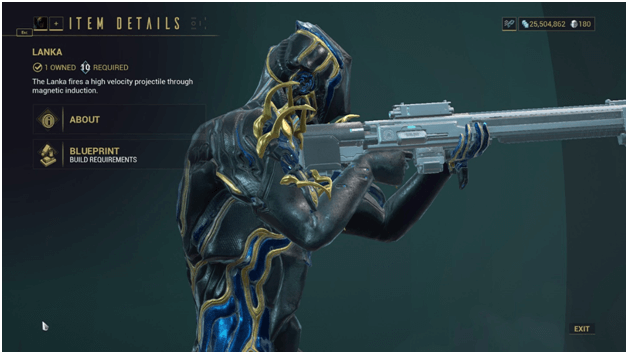 The Lanka is one of the best know weapons to be used when it came to taking down Teralysts and its stronger variants.

It mainly became popular during the Plains of Eidolon update and is well known for killing Teralysts easily. Although most might not know, the Lanka is not only good against the Teralysts, but many more enemies.

This has been a favorite of few before the Plains of Eidolon update came and it can be modded significantly to kill majority of the enemies in the game aside from the infested.

It requires a small charge before firing which can be held to increase its damage and gains additional critical chance when zoomed in.

With its main electricity damage, the Lanka can be modded easily to deal high amounts of radiation or corrosive damage which can take down most Grineer or Corpus with one shot.

This is a great choice when it comes to Grineer or Corpus bosses and can make boss fights last mere minutes with its high damage and functionality.

The Lanka deals a high amount of electricity damage without any physical damage type. 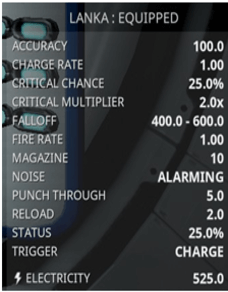 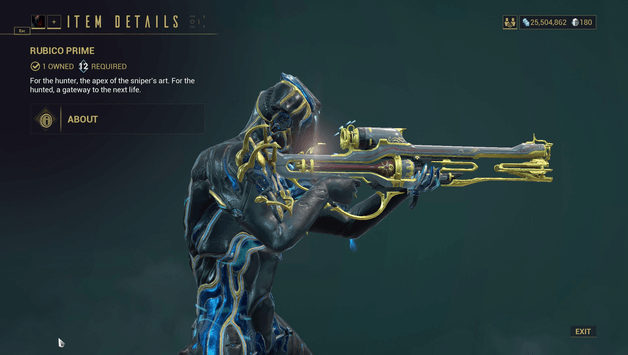 Back then when the Rubico itself was a good match for the Lanka and ever since the Rubico Prime had been released, it has become very popular with many players.

The Rubico Prime has a high critical chance making this very easily modded for a critical build and with its zoomed in passive that gives it a greater critical multiplier, it becomes very deadly in the hands of a good user.

It has decent damage and a good rate of fire to go with it, allowing its user to fire off several shots in good succession.

Although it may seem the Rubico Prime does not have damage similar to the Lanka, it makes up for its critical multiplier making it a very deadly weapon when a good critical build is used. 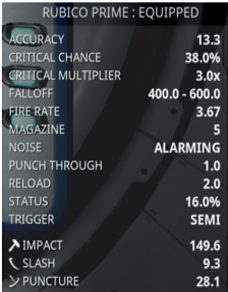 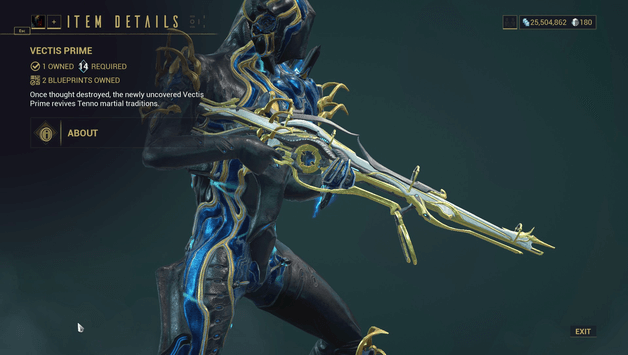 One of the most iconic sniper rifles in the game, the Vectis Prime is the prime variant of the Vectis which is the choice for many starting players as a sniper rifle due to its high damage.

Although the Vectis had only one shot and required a reload after every shot, the Vectis Prime surpasses great with a higher amount of damage and has 2 shots instead of one.

Mostly when modded well it appears as the Vectis Prime does not even reload due to its fast reload speed and with just a simple reload mod, it can be fired repeatedly.

Regardless of its need for frequent reloading, the Vectis Has an advantage as it does not require its scope to be zoomed out and will reload even though its user is zoomed in on a target.

Upon zooming in, the Vectis Prime deals additional damage based on how much the scope is zoomed in and this makes it an ideal weapon for those who can accurately target the heads of enemies.

The Vectis Prime deals a high amount of puncture damage with a slightly balance impact and moderate slash damage. 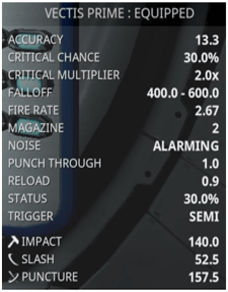 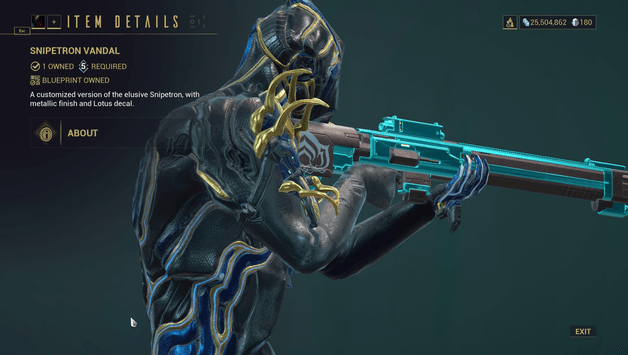 The Snipetron alone was a good weapon and when the Snipetron Vandal was released, it caught the attention of many players that enjoyed its counterpart.

Not only does the Snipetron Vandal have a nice new look but it also gains an increase in several of its stats.

It used to be hard to get this weapon and until now it still is but since it has become a reward for invasions, many players tend to keep their eye out for this weapon due to the capabilities it has once modded properly.

The Snipetron Vandal shares a similarity with the Vectis Prime which is its zoom passive, allowing it to deal increased damage when landing a head shot.

Getting this weapon early on is a great advantage to many players due to it decent stats and damage.

This weapon mainly deals puncture damage along with a low amount of slash and impact. 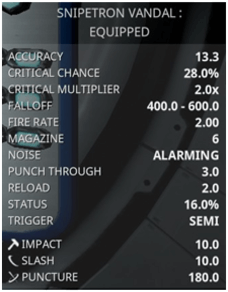 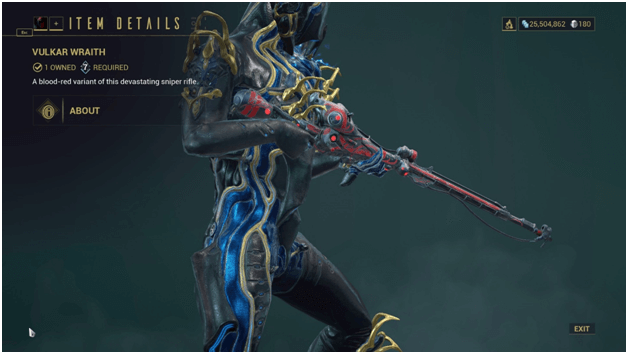 The Vulkar is one of the few sniper rifles available in the game and pretty decent for a starting out sniper rifle, however the Vulkar Wraith was released and quickly got the attention of Vulkar users.

Not many people use this weapon due to the acquisition being hard in terms of events or from Baro Ki’Teer which makes it a rare find.

Those who have obtained the Vulkar Wraith have the pleasure of enjoying its high damage headshot bonus from its zoom in passive.

The Vulkar Wraith deals a high amount of impact damage along with a small amount of puncture.

Do check out all the weapon builds here

Sniper rifles are definitely fun to use and do require accuracy most of the time, however this pays off by being able to make use of the range and high damage that it can deal.

These are favorable weapons when it comes to the open world areas such as the Plains of Eidolon and Orb Vallis since they can easily take enemies down from a distance.

They are also great for taking down bosses and enemies that are harder to kill.

It is important to have a sniper rifle, especially for sorties since some require you to have one in your inventory for certain missions which means it is necessary to have at least one.