There are many melee weapons which we can use in Warframe depending on our playstyle as well as our preferences when it comes to style.

One of these types of melee weapons would be a symbolic one such as that of the Grim Reaper, yes the scythe.

Scythes are decent weapons when used in Warframe and they offer both good damage and range when used Ingame and become very strong when modded.

Depending on the builds, we can take these good weapons and make them greater, and nothing is better than using a weapon that suits your style and performs effectively.

Here are the best scythe weapons in Warframe: 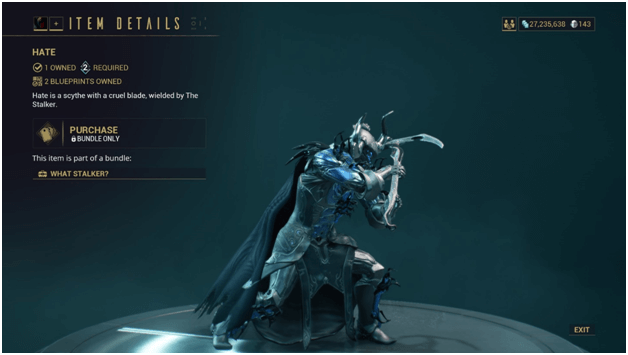 Hate is one of the Stalkers signature weapons which can become quite powerful in the hands of a good user who has built it properly.

This weapon can be obtained by defeating the Stalker when he arrives to kill one of the Tenno during a mission but only by a chance as he drops random loot.

This weapon has a decent attack speed and have a high critical multiplier sporting 2.5x critical damage when dealing critical hits.

With 20% critical chance this weapon can easily be modded for a critical build and it has a 15% status chance which allows it to be modded for elemental or status builds and even a hybrid build of both.

It mainly deals slash damage to targets making it strong against flesh while having a balanced low damage with puncture and impact. 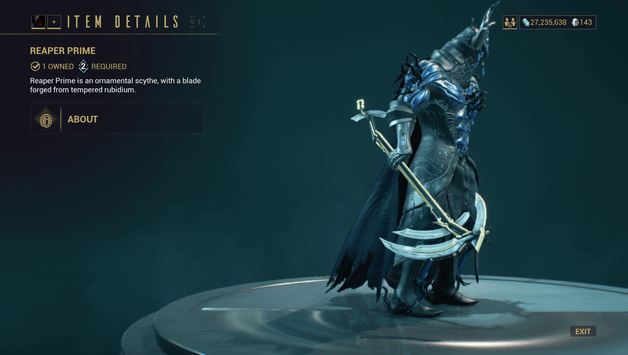 The Reaper Prime is a no non-prime variant which came out when Frost Prime was released.

This weapon can be obtained by opening up relics that contain its parts and blueprint which can be later on used when crafting it.

It has a fast attack speed and can be modded well to be used in order to deal fast combos dealing quick successive hits to match its damage.

Having a good critical chance this can be modded to for critical builds along with the chance of status effects regardless of its moderate status chance.

This can mainly be modded for critical builds but elemental damage or status builds will also be viable with the status chance that it has if preferred by the user.

Similar to the hate but with higher damage, the Reaper Prime deals mainly slash damage with a balanced low amount of impact and puncture damage. 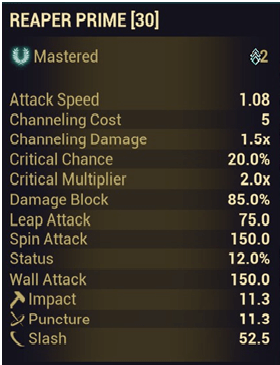 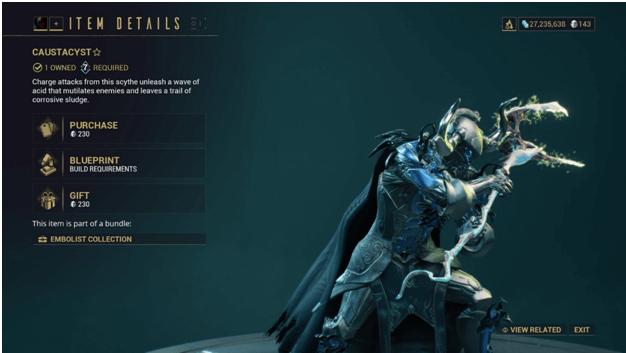 The Caustacyst is a unique infested weapon which not only is a scythe weapon but also is made up in its craftsmanship having infested traits with it along with its visual style.

To build this weapon you must first research it in the infested lab located within the dojo then replicate its blueprint in order to craft it.

This weapon does not deal physical damage and instead deals Corrosive damage which means it goes well with status builds in able to trigger its status effect.

This weapon sports a high status chance making it good for status or high elemental damage builds, however critical damage may still occur regardless of its low critical chance.

Using this weapon against Grineer enemies proves deadly as it can corrode their armor and make them easier to kill. 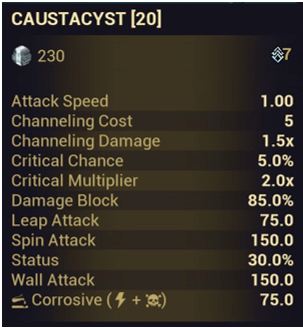 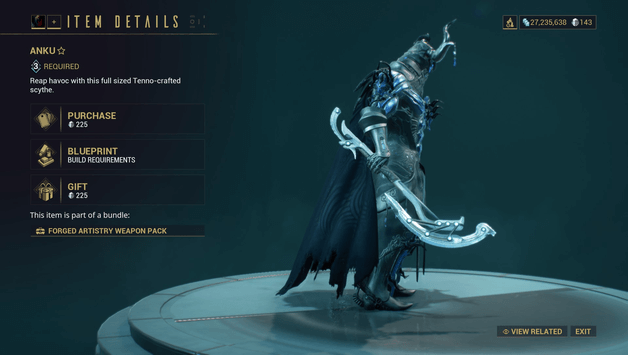 The Anku is a scythe weapon designed by the Tenno, taking the old scythe tool and combining it with deadly craftsmanship that the Tenno use against their enemies.

This weapon has a fast attack speed and can be built for critical builds well due to the high critical chance and its ability to deal successive hits thanks to its high attack speed.

The Anku, unlike most of the scythe weapons, deals mainly puncture damage while having a low amount of impact damage and very small slash damage.

Modding this weapon for critical damage is very advisable but adding in elemental damage or focusing on status builds is possible however will not always trigger a status chance.

If one prefers to have status effects happen along with this weapon they can settle for a hybrid build, focusing on critical damage and status effects by a moderate chance. 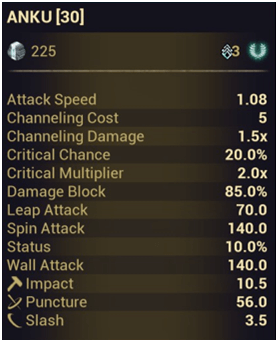 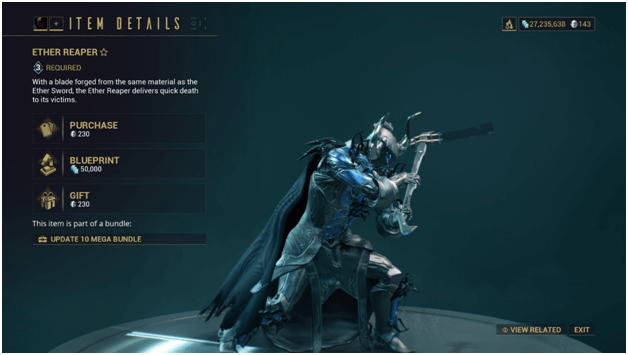 The Ether Reaper is one of the older scythe weapons that came out back in the day and was used by many due to its high slash damage.

It is capable of being modded for both status and critical builds due to both critical and status chance having 15% as their base percentage.

One can simply build for either status or critical chance and even go for a hybrid build depending on their preference.

This weapon has a fast attack speed and it can be modded for most builds well as it can deal a lot of damage with quick successive attacks against its target.

The Ether Reaper mainly deals slash damage and has a balanced amount of both puncture and impact damage. 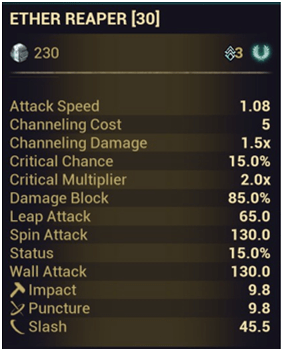 Scythe are a great choice to those who prefer a balance between range and damage and can easily shred enemies to bits with their quick attacks and high damage.

Different stances may be used for them depending on which approach the user prefers and they can easily be modded to deal the type of damage intended whether it be critical, status or hybrid builds.

Although there are not many scythes in Warframe, the ones that are included in the game can be quite deadly in the right hands along with the right builds.

Scythe weapons have 3 stances which include Reaping Spiral, Stalking Fan and the PVP only stance Shadow Harvest.

Although there are only two stances available for main gameplay, these provide good combos and make the weapons deal exceptional damage against enemies.

Using a scythe is not only deadly against enemies but provide impressive combos and suit those who have the taste for these types of weapons.