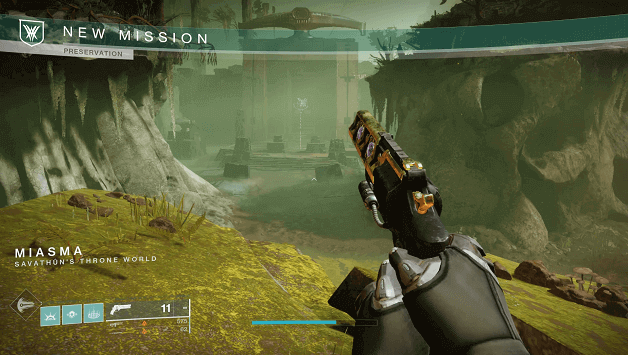 The intel from the Hidden has eventually brought you to the Sunken Pyramid, which is where the Scorn is planning to capture the Throne World for themselves.

You have been sent to investigate the Sunken Pyramid, which is where the Scorn is amassing and where they seem to be taking the Hive Runes.

To figure out what they have planned, you will need to fight your way through the Scorn and proceed into the Sunken Pyramid to check what they are doing.

How To Get Preservation Mission?

The Preservation mission is available during quest step 2 of the Report: Pyramid-Inspect quest from the Evidence Board at the Enclave on Mars. 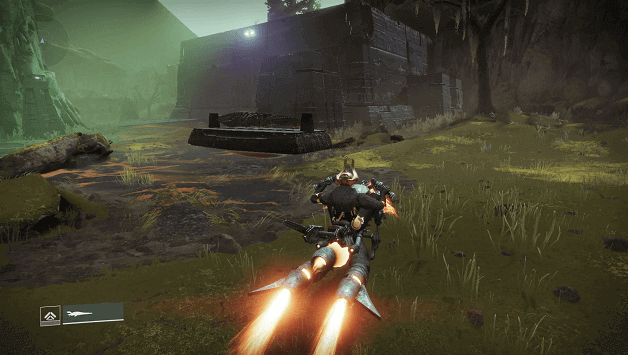 Rid the Sunken Pyramid of Scorn

Before you can enter the Sunken Pyramid, you will have to defeat the Projection of Savathun at the entrance, which also causes the other enemies outside to vanish.

Continue making your way forward (you can use a vehicle because it’s a long path) until you reach a Knowledge Device that needs to be powered.

Once you approach the device, enemies will start to appear and you will need to defeat a Knowledge Bearer enemy to cause the Knowledge Pickups to appear.

You will need to approach these pickups and collect them to bring them back to the Knowledge Device which will later on move forward once you collect all in the area. 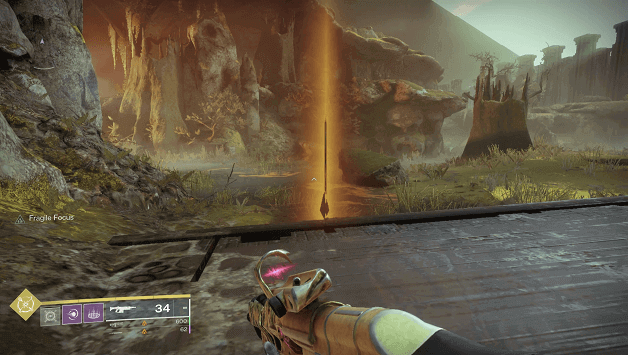 Each time you collect one of these objects, you will get a buff that stacks up to three times and changes its name.

The first is Heightened Knowledge, followed by Brimming Knowledge, and lastly, Overflowing Knowledge which won’t allow you to collect anymore.

Once you have three or fewer, you will need to bring them back to the device and continue to collect the rest and repeat until it is powered.

Be sure to avoid dying from the Pervading Darkness as this debuff appears when you are away from the Knowledge Device for too long and you will need to stay near to remove it.

Once you reach the end, the Knowledge Device will enter a small space and a gate will be opened, allowing you to enter the Sunken Pyramid.

Make your way inside and keep to the right where there will be stairs leading down and you will need to jump to the very bottom, using your jump ability to prevent damage as well. 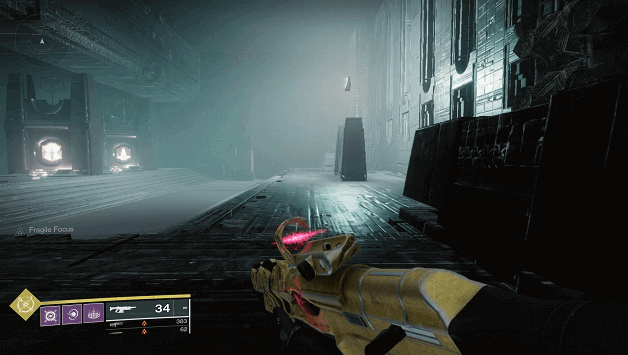 Continue exploring the Sunken Pyramid and make your way to the end where you will eventually find yourself in a large puzzle room.

You will need to solve this puzzle to proceed into the next area but there are no guides at all so you have to check for hints.

Once you enter the puzzle room, stick to the right and you will see barred windows, all except one which you will need to enter and check for the hints. 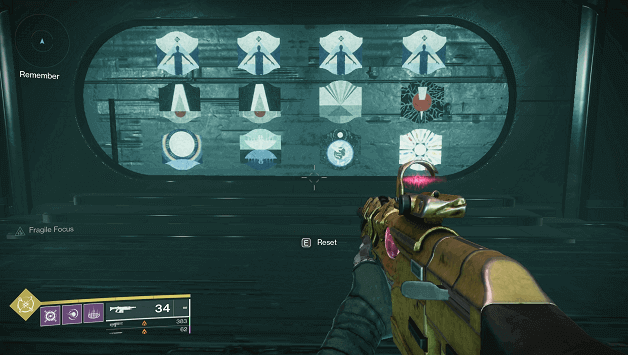 It is here that you will find the puzzle solution and will need to interact with the glyphs in the other room once by one following this pattern.

Each of the glyphs is sorted by 3 and you need to press them exactly in the order they are shown to open up the next path.

Once you have interacted with each glyph in the right sequence, head to the right of the room and you will find yourself in a large arena-like area. 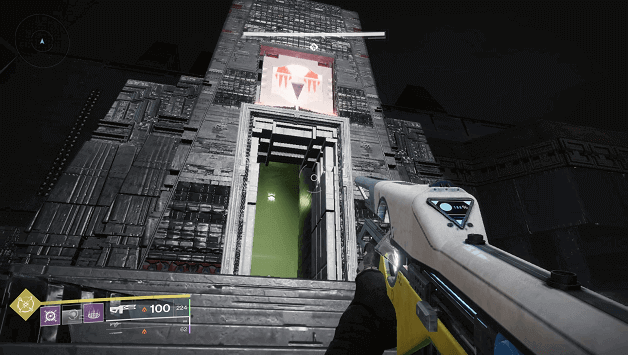 If you checked out the symbols in the puzzle room, you might be familiar with their names but this is not very important as you progress.

You will need to go inside the entrance marked by the “Give” symbol (two red hands reaching) and defeat a Nightmare Chieftain inside.

After defeating the Nightmare Chieftain in the “Stop” room, there will be two symbols this time which are the “Knowledge” and “Drink” symbols. 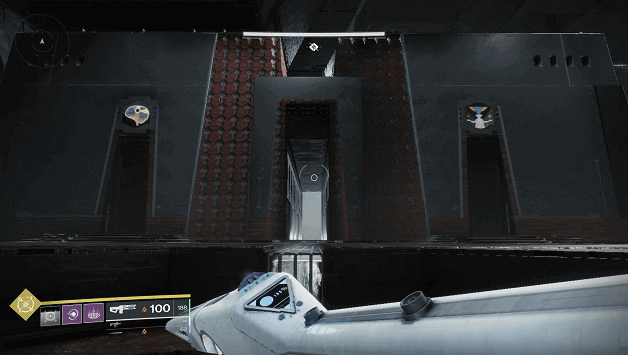 Look for these two symbols outside and you will find an entrance between them, which leads you to the final area where you need to fight several enemies.

Continue making your way inside and there will be a large area where enemies will start to attack you but you can also take cover at the entrance. 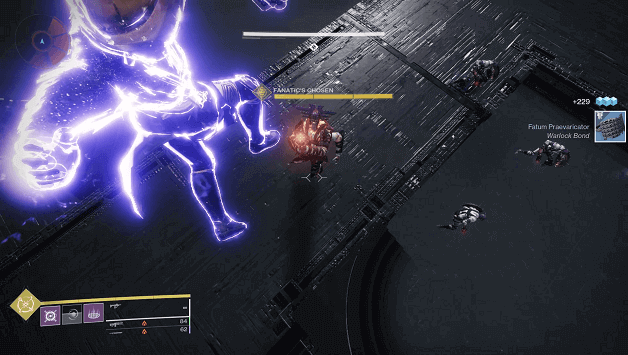 There will be 3 Fanatic’s Chosen enemies in the area that you must defeat to complete the mission but you need to be careful as there are no respawns.

This means that if you die, you have to start all over again, so be sure to make use of the cover all around the area and not get overwhelmed.

Once you defeat all 3 of Fanatic’s Chosen enemies, the mission will come to an end.

Completing the Preservation mission will reward you with Glimmer and a random legendary weapon from the Throne World Weapons drop. This also completes quest step 2 in the Report: Pyramid-Inspect quest from the Evidence Board. 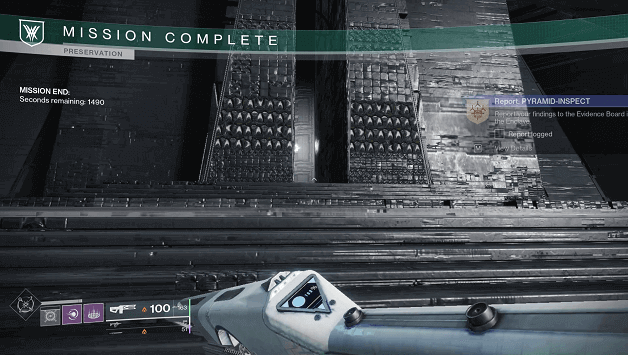 The Scorn has been stopped from performing their strange ritual and has fallen back away from the Pyramid for now.

It is uncertain what else they could be planning to do but one thing is for certain, they want the Throne World for themselves.

Until there is more information on what their next plans are, the Sunken Pyramid will hopefully remain undisturbed.