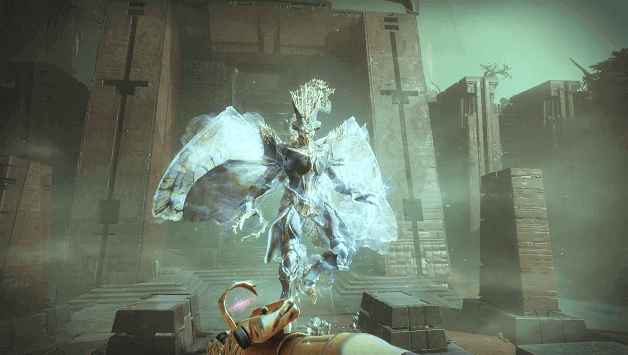 Further intel from the Hidden has informed you of the Scorn amassing within the Sunken Pyramid in the Throne World.

This will require that you investigate to see what they are up to avoid any surprises later in the future against the Vanguard.

You will need to discover what the Scorn is up to by heading to the Sunken Pyramid and venturing within to uncover its secrets.

How To Get the Report: Pyramid-Inspect Quest?

Completing the Report: Resonance-Comp quest will unlock the Pyramid-Inspect quest along with other similar quests on the Evidence Board which is accessible at the Enclave on Mars. 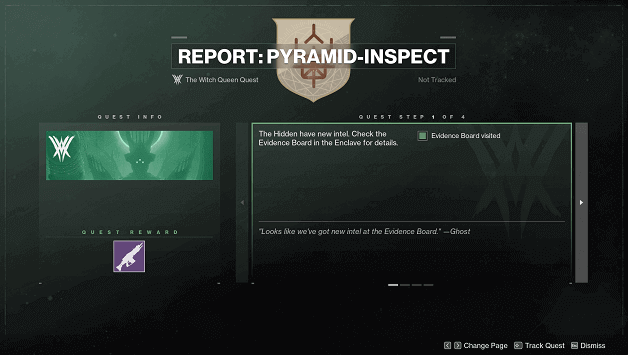 Once the Report Pyramid Inspect quest has been accepted, you will need to check the new intel provided by the Hidden.

Head over to the Evidence Board and interact with it to see the intel so you can continue to the next quest step.

It turns out that the Scorn for some is collecting Hive runes, which you will need to start retrieving from them as well.

You have been assigned to inspect the Sunken Pyramid and will need to complete the Preservation mission to continue.

The Scorn that you kill will drop Resonant runes which you will be able to collect, which eventually will need to progress to 100% to complete the objective.

Step 3: Report Your Findings to The Evidence Board in the Enclave

After investigating, it seems the Scorn was hoarding the Hive runes which were later to be revealed to be needed for some sort of planned ritual.

Strangely it involves worms and Scorn as one, like how the Hive came to be but as of now, their plans have been stopped, temporarily.

Step 4: Review the Case on the Evidence Board

Once you have turned in your findings, you can complete the mission by interacting with the Evidence Board and accepting the reward.

The Report: Pyramid-Inspect quest will reward you with a Throne World Weapons legendary engram which will become a random weapon from the Throne World when you receive it. 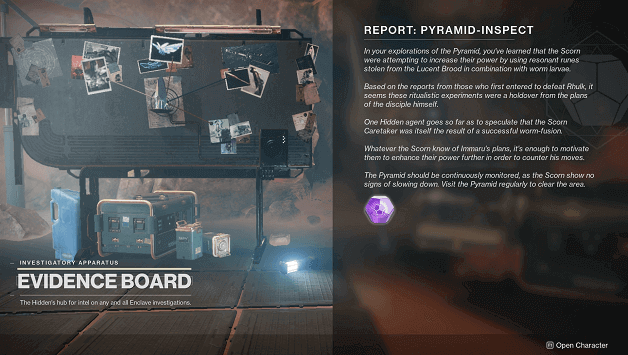 Thanks to the intel from the Hidden, you were able to discover that the Scorn was attempting to increase their power by using resonant runes.

It turns out that they planned on experimenting with rituals that would involve the runes from the Lucent Brood in combination with worm larvae.

Thankfully, you were able to stop them in time before they could proceed with their strange plans, but no one is certain if they will make another attempt anytime soon.