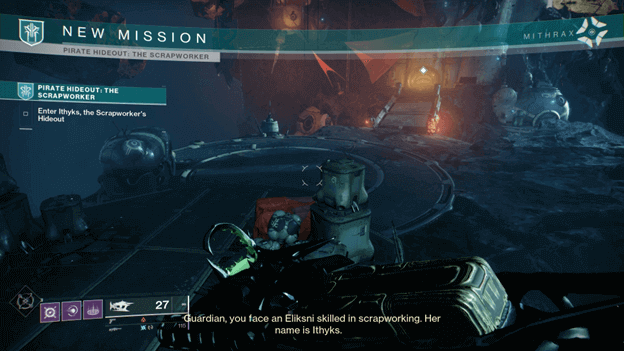 The results of a previous Expedition have led you to discover the location of yet another Pirate Hideout, that which belongs to Ithyks, the Scrapworker.

Unlike most Pirate Lords that you may have faced in the past, Ithyk’s relies on traps and machines rather than other crew members.

You will need to proceed cautiously into Ithyks’ hideout and retrieve a Relic of Nezarec which she has recently found.

How To Get Pirate Hideout The Scrapworker Mission?

Pirate Hideout The Scrapworker becomes available during quest step 51 in the Sails of the Shipstealer Seasonal Quest. It becomes your next task after you have previously completed an expedition and have defeated 100 combatants using Season of Plunder weapons. 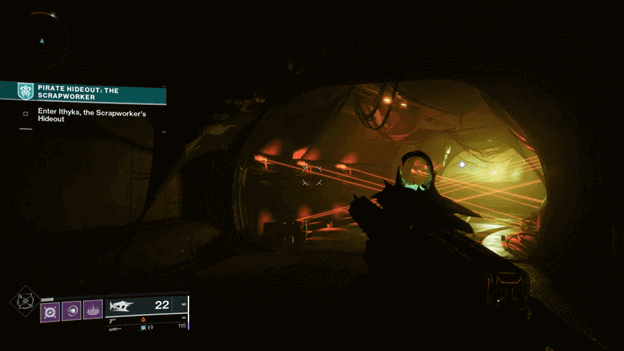 Once the mission begins, you will be outside of Ithyks, lair at 8319 Antiphanes in the Themis Cluster, and will be able to safely approach the entrance.

You will need to make your way towards the entrance and interact with it to unlock it with your Skeleton Key and proceed going inside.

After you have gone past the door, there will be an area where you will go down and a hallway full of traps which you should shoot at to destroy the mines.

Keep making your way inside and you will find yourself in a circular room where there will be a lot of Shanks in the area. 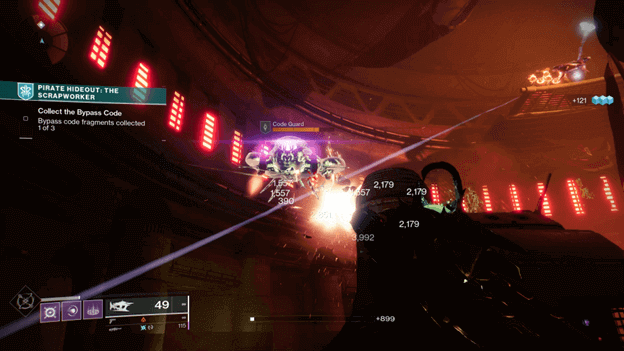 To continue your search for Ithyks, you will need to collect 3 Bypass Code Fragments which will drop from Code Guards in the area.

Enemies will come in waves and there will be 3 Code Guards in total that spawn, with one coming along per wave of enemies.

Once you have collected all of the Bypass Code Fragments, make your way towards the waypoint so that you can lower a barrier blocking your path.

This requires that you head up the stairs and jump to a higher spot and just as you reach the waypoint there will be a console that you can interact with.

The path up ahead will have more traps but you can shoot these from a distance to make them explode before you continue. 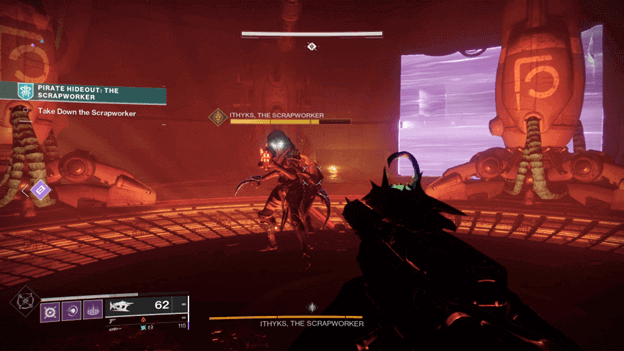 As you continue, there will be a room with multiple barriers and Ithyks, The Scrapworker will appear and begin to attack you.

Proceed with fighting Ithyks, who will be accompanied by Shanks that you will also have to deal with as well as Exploding Shanks.

As you are fighting Ithyks, she will disappear after a portion of her health has been depleted and move behind a barrier.

Once she is behind a barrier, Shanks and Exploding will begin to appear along with a Code Guard which you must destroy to obtain a Bypass Code.

You will need to use the Bypass Code to remove the barrier that Ithyks is hiding behind and she will attack you once more.

Once you have defeated Ithyks, the Scrapworker, you will need to defeat any remaining enemies in the area before you can obtain the Relic.

7) Claim the Relic of Nezarec

After clearing out the remaining crew, a barrier that was protecting the Relic will have disappeared and you may now pick it up, which will complete the mission.

Completing the Pirate Hideout The Scrapworker will reward you with Glimmer as well as a legendary piece of equipment from Season of the Plunder. 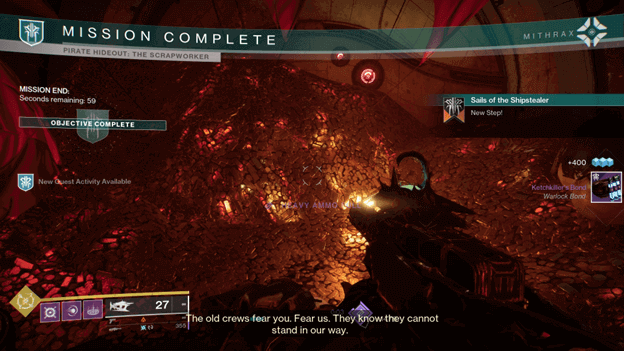 It appears that some of your foes are quite into technology and Ithyks, the Scrapworker is one of them but her tinkering was no match for your skill.

You have found yet another one of the Relics which can now be brought back to the H.E.L.M. for Eido and Mithrax to study.

Now that you have collected several of the Relics in total, things may be coming closer to an end and you may need to stay alert for what comes in the future.