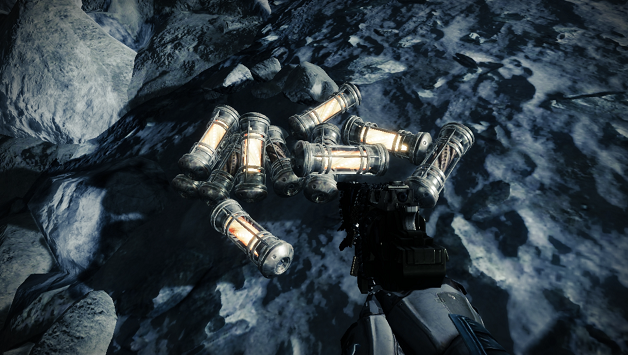 Helium Filaments are one of the materials that can be collected in Destiny 2, usually noticed as several canisters with yellow-orange color glowing from them.

These are mainly used for upgrading certain gear which ranges from legendary to exotic rarities and is highly valued for their ability to improve them.

Where To Get Helium Filaments?

This resource is considered to be the Planetary Resource on the Moon, which is abundant with them in certain locations, easy to obtain for players that explore the planet.

Aside from being able to find them as you explore the Moon and collect Helium Coils, you may also obtain them as a reward for doing bounties.

How To Get Helium Filaments?

Bounties from Eris Morn can be taken and will and will reward you with Helium Fragments and possibly other items depending on which bounties you take. (Can take multiple bounties daily)

Helium Filaments are also obtained when you pick up Helium Coils, which end up with you extracting, adding the resource to your inventory.

You may only find Helium Coils on the Moon as they are its Planetary Resource and this may be done by participating in various events, a popular choice is to do Lost Sectors though.

Looting chests or picking up the resource itself from the ground is possible to obtain Helium Filaments but these spawn in random locations and sometimes can be hard to find.

There are many Helium Core spawn locations on the Moon, a lot of these can be found in Archer’s Lane, Sorrow’s Harbor, and Anchor of Light.

Some Helium Cores may also be found in Lost Sectors and will often respawn, allowing you to complete both the Lost Sector (which rewards Helium Filaments) and farm Helium Coils. 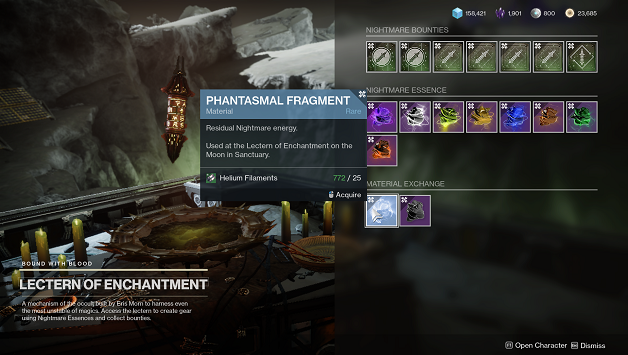 Helium Filaments are used for trading, mostly when it comes to Phantasmal Fragments, which are traded at the Lectern of Enchantment. (Needed for other bounties)

There are certain NPCs in Destiny 2 that accept Planetary Resources such as Helium Filaments when it comes to trading with some of their items.

NPC such as Banshee-44 (located at the Tower) or Spider (located in Tangled Shore) will sell some of their items for Helium Filaments at certain times (these can change daily).