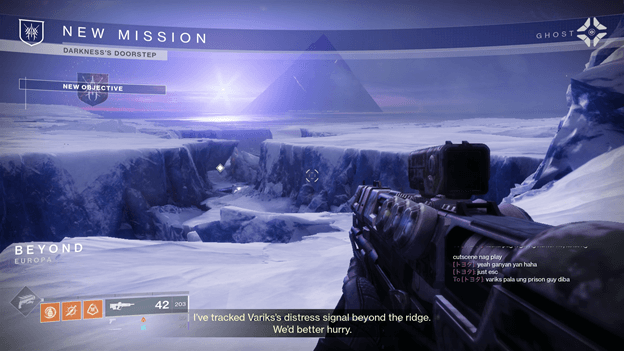 A distress signal has been sent which originates from Europa and it appears that Variks is the one who sent it.

You and Ghost are to travel through the icy canyons of Europa in search of the distress signal to ensure Variks’ safety.

This story mission will begin a chain of missions that continues the Beyond Light expansion for Destiny 2 starting with Variks’ guidance. 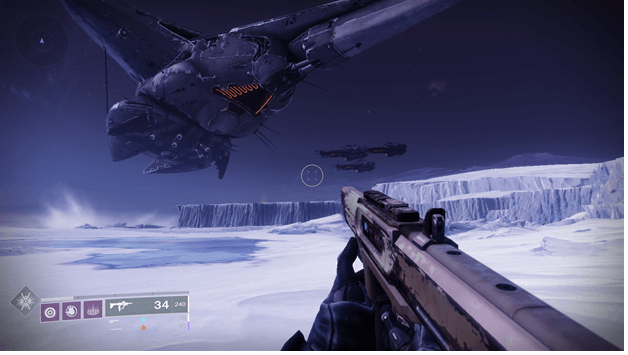 Make your way across the frozen canyon and follow the waypoint as you will be tracking down Variks to assist him.

As you continue along the path, you will encounter several ships appearing, one of them being Variks’ who is being chased by the Fallen.

Make your way towards the waypoint and you will encounter a group of Fallen who are positioned which you must fight through to get to Variks.

You can use your Sparrow to get to the waypoint faster instead of running through the whole area but watch out for the gaps.

There will be several Fallen enemies in the area and you will need to clear them all out before you can proceed to look for Variks.

As you continue to clear out the Fallen forces, dropships will bring more which you will also need to clear out. 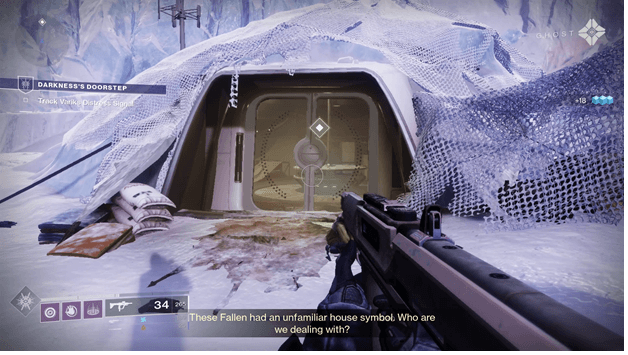 After clearing the Fallen, Ghost will mention that the Fallen you just faced is different from other ones because of their house symbol.

There will be a nearby shelter which you will need to head inside which has recently had someone residing in it.

Head over to the device marked by a waypoint and scan and ghost will conclude that that the Clovis Bray’s Golden Age colony is on Europa.

Ghost will mention that the distress signal must have been intercepted and you will need to head to the original point to track down Variks.

Continue making your way towards the new waypoint and you will find yourself at an opening where Fallen dropships start to appear.

There will be several enemies spawning in the area which you must clear out but you should be careful as the dropships will fire at you.

Once all the enemies in the area have been cleared out, the barrier blocking the entrance to the opening and make your way inside to Charon’s Crossing. 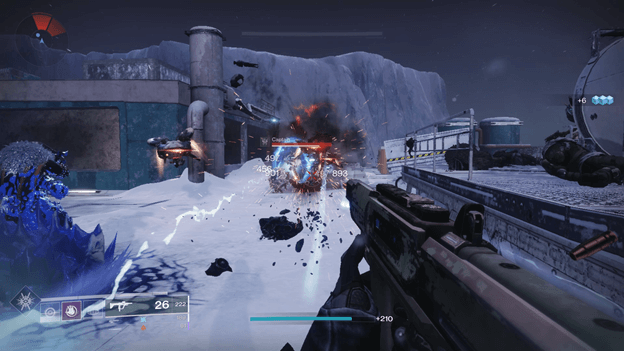 Upon reaching the waypoint, a cutscene will play where Variks is captured and will soon be executed by Fallen enemies.

You will need to fight your way past the enemies and continue to follow the waypoint leading to Variks’ campsite.

As you reach Variks, he will be encased and unable to move while you will need to clear out the enemies in the area. 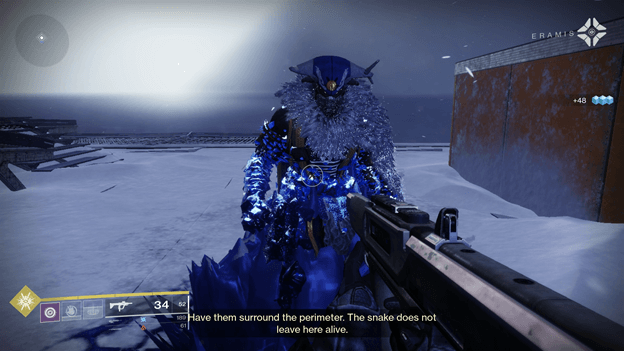 You will need to free Variks once the enemies in the area have been cleared out which prompts Ghost to interrogate him about his message.

Variks agrees to explain everything in due time but first, there will be more enemies coming and you will have to hold them off.

Leaving you to fight the oncoming enemies, Variks will hide inside and await your victory against the Fallen attackers.

You will need to continue with taking out the Fallen reinforcements while Variks takes shelter inside the facility.

Watch out for the Brig that drops as it can prove quite deadly and there will be other enemies spawning around the area to attack you.

Once all of the enemies have been taken care of, head back over to where Variks is located and speak with him. 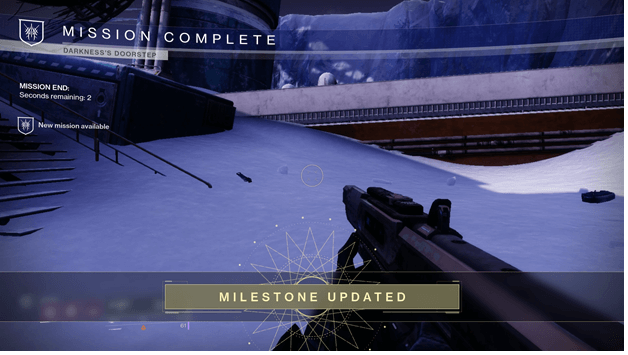 After saving Variks, the quest called “The new Kell” will be available which continues on the story of the Beyond Light expansion.

Variks will now be waiting for you where has taken shelter and you will need to proceed to him to carry on with the story.

You and Ghost will both be eager to understand what Variks meant by saying “Darkness walks among us.”