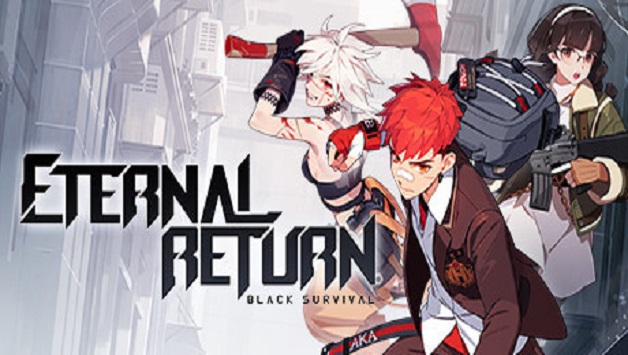 This is a guide that will teach you important things about Cooperative play in Eternal Return: Black Survival

If you’re new to Eternal Return: Black Survival this guide will show you some very important tips as to how you can correctly assemble your team’s comps, builds, routes, and late game effectiveness.

If you have any things you’d like for me to add or anything you have mentioned that you believe I stated wrongly please comment it on this post.

I would like to add that surveillance cameras are VERY IMPORTANT, so never forget them, they’re pretty much wards just like in any other MOBA.

[The Different team comps that can be formed:]

This won’t teach you what to build, but it will teach you how to go about building in a party.

Another thing to take into account is the amount of space traveled by you and your squad members to get their full builds. A good squad will have coordinated their build in such a way that their team can drop together and craft at least one full item within the first 4 minutes of a match, then they should be able to easily rotate as a team through similar places to build their remaining items.

Likewise, trying to get pieces from the tree of life is a dangerous task to take on alone, especially if you’re a support character thinking, “Hey I’ll just run over and grab this”. Often times good players will use surveillance cameras. Always find a way to use a surveillance cameras if you can, they can help you cover certain spots that aren’t already shown by the ones the games give you.

It’s also important to place some in bushes sometimes, it gives you a lot of info. P.S. whenever you go into a new area please just use the surveillance machine, that way you’ll know when another person is entering or leaving your area allowing you to effectively escape and rotate when you need.

In the late game, unless you’ve built a fair amount of protections you’re a glass cannon, like the rest of the characters, with the exception of a few, and with the exception of life steal. In the late game I like to have at least one character with a stun, a stun allows for you to fully or completely burst at least one character, in late game you’ll just either out damage someone or do less damage than them, it’s important to have something to stop them from attacking so that you can flip the momentum of the fight.

Use the information you have from surveillance cams and your teams abilities to finish people off and get picks or even get ganks. And a good late game strat in ANY battle royale is to wait for three teams to be left, (Including yourself), and hide and let the other teams fight, when you see that exclamation mark on your minimap, third party and watch yourself get an easy win.