Even the notorious Spider deserves a good treat during the holidays and there’s no better way to make him happy than to give him whatever this thing is.

Candy Dead Ghosts appear to be a weird treat that Spider enjoys and he will be delighted once you give them to him.

This recipe requires certain ingredients that can be obtained during The Dawning and can later be used to bake Candy Dead Ghosts in Eva’s Holiday Oven.

How To Make Candy Dead Ghosts?

If you want to make Candy Dead Ghosts, you will need the ingredients below, which can be farmed during The Dawning.

You can bake Candy Dead Ghosts once you have all of the ingredients and can do this by accessing Eva’s Holiday Oven. 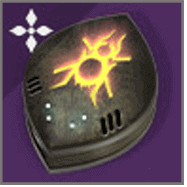 “Deliver these… things to Spider at his bar in the Eliksni Quarter.”

Candy Dead Ghosts is one of the delicacies that you can give to NPCs and in this case, you give them to Spider at the Eliksni Quarter.

Once these have been given to Spider, despite his seemingly greedy behavior, he will still give you a Dawning Delivery in return.

The Dawning Delivery may provide you with items such as Glimmer, legendary gear, and more at a random chance.

To farm both efficiently, you should equip a mod in your helmet that allows you to generate Orbs of Power when rapidly defeating enemies.

Once you have the mod equipped, head over to an area where lots of Scorn are present such as at the Dreaming City or on Savathun’s Throne World.

You can obtain both of the first two ingredients quickly simply by equipping a weapon that can allow you to defeat multiple enemies.

Once you start defeating multiple Scorns and generate Orbs of Power at the same time, the chances of getting Dark Ether Cane and Flash of Inspiration will be greater.

While Spider does not do much nowadays in your current activities, he still deserves a little treat now and then and will also be happy to give you something in return.