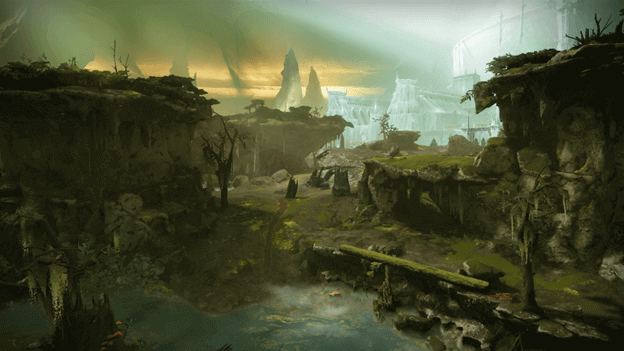 Savathun’s Throne World was introduced in The Witch Queen DLC and this brought us a whole new location to explore.

With tons of enemies in the area, there are also Lost Sectors that can be explored with enemies to defeat and Lost Sector Chests to loot.

There are a total of 3 Lost Sectors that may be found in Savathun’s Throne World for Guardians to complete. 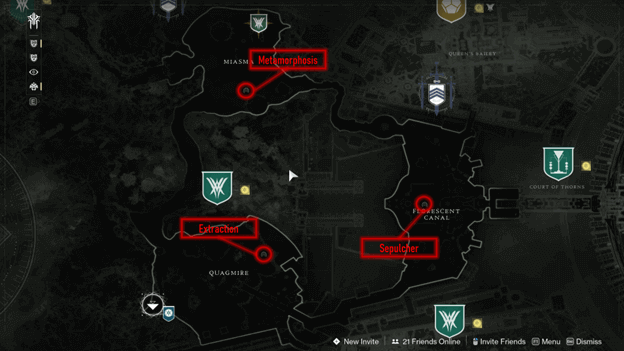 Savathun’s Throne World is broken up into three parts which are Quagmire, Miasma, and the Florescent Canal.

Within Quagmire, you will mostly find the Scorn and Hive sometimes fighting each other near the entrance to the Florescent Canal.

Miasma appears as a swamp-like area mostly filled with leftover ruins long abandoned after a time when the Hive had control.

The Florescent Canal is filled with Hive as well as the Lightbearer enemies who remain in control of what is left from Savathun’s reign. 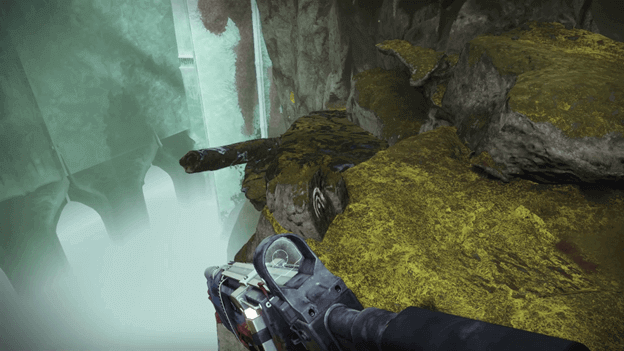 Extraction is one of the first Lost Sectors that you may encounter on the Throne World located in Quagmire.

Its entrance is located at the edge of the area, and you can use Deepsight to uncover a path or simply jump down to the cave entrance.

Inside you will be facing both Scorn and Hive enemies who will also be fighting each other as you proceed deeper within the cave.

You will encounter a Hathrek, The Glasweard within the cave and need to defeat them to open the Lost Sector Chest. 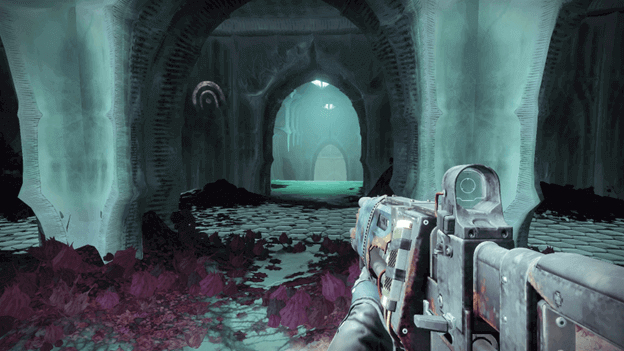 Sepulcher is a Lost Sector located at the Florescent Canal deep below where Hive enemies seem to be giving worship to their leader.

It is in these chambers that you need to fight your way through hordes of enemies as you make your way towards their altar-like room.

Within the inner parts of these chambers, you will find Bar-zel, Tutelary of Savathun, a large and powerful enemy accompanied by other worshippers. 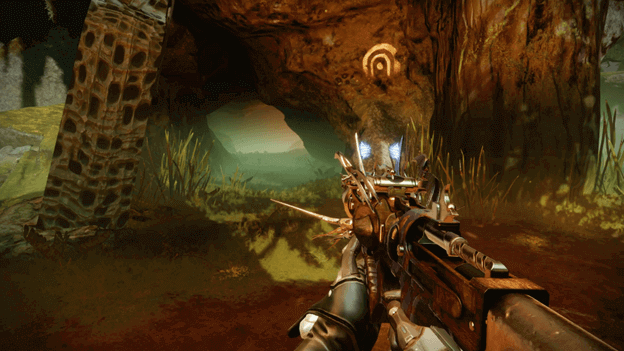 Metamorphosis takes you deep into the abandoned ruins under the Miasma where ancient ruins are being guarded by Hive enemies.

You will encounter the Scorn laying siege to the area, with them fighting against the hive guardians within the ruins.

It is here that you must fight your way past both the Scorn and the Hive to face off against Dread Tatreka and the other Hive guards.

Some of the Lost Sectors may be hard to find at first but luckily their locations are located on the map to make the search a bit easier.

You may find yourself visiting some of the Lost Sectors to complete certain quests and activities at certain times.

The Lost Sectors in Savathun’s Throne World may be a bit more challenging than those you may face in other locations but are still worth the trouble.