When it comes to dealing close range damage using primary weapons, nothing gives me a better advantage than a shotgun.

I tend to use them whenever I use a Warframe that plans on getting close up and personal with enemies.

Shotguns provide great damage when you stay within a low to medium range with enemies and they are efficient in dealing lot of damage up close.

The best way to take out a group of enemies easily within said ranges would be using shotguns due to the amount of damage they can do in a single shot as well as the spread they have which allows multiple enemies to be hit.

Here is a list of our best shotguns in Warframe: 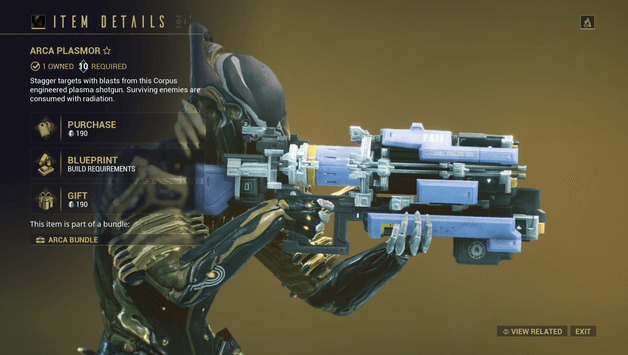 The Arca Plasmor is a Corpus plasma shotgun which fires out a wide plasma-like projectile that covers a huge area.

Due to its high damage it can easily kill multiple enemies at close to medium ranges. The downside of this weapon is that it has no physical damage types but it still deals a very good amount of damage.

It has a main and only damage type is radiation and it has no physical attack types but due to its high base damage, its attack scales to very high to deal extremely high amounts of elemental damage. 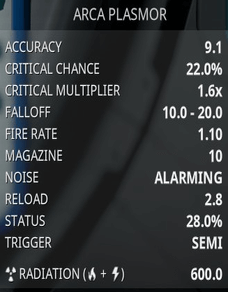 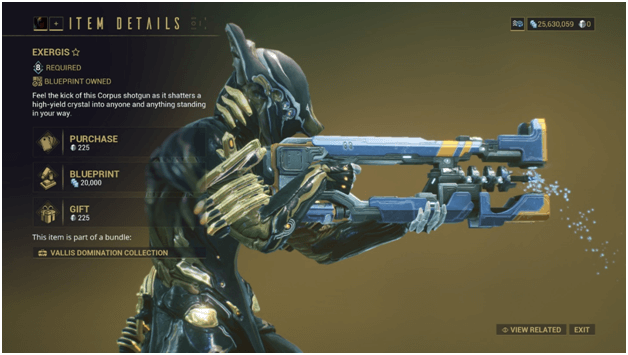 The Exergis is single shot pump-action of Corpus design that fires a shot of narrow crystal-like projectiles at enemies.

Unlike most shotguns, the Exergis fires a narrowly and can hit enemies from a decent range. The downside of this weapon is that it requires a reload after every shot in exchange for the highly accurate damage.

This weapon deals high amounts of Slash damage along with radiation, puncture and a small amount of impact damage. 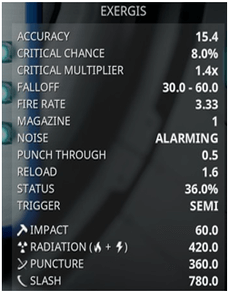 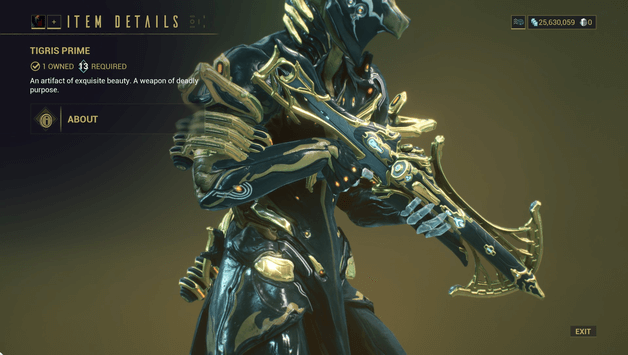 The Tigris Prime is the prime variant of the Tigris, a Duplex shotgun that fires a shot when the trigger is pulled and released which results in two shots per reload. Its projectiles do not have a travel time and will instantly hit enemies.

The spread of the Tigris Primes shots is a narrow at medium range but can still hit targets at longer distances although most of its projectiles will be scattered from longer ranges. Its drawback is that it requires frequent reloading and may take a bit longer than most weapons to reload.

It deals a large amount of slash damage along with a decent amount of impact and puncture damage. 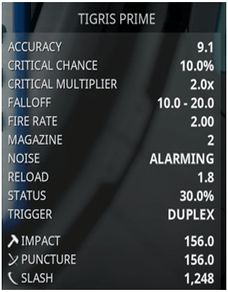 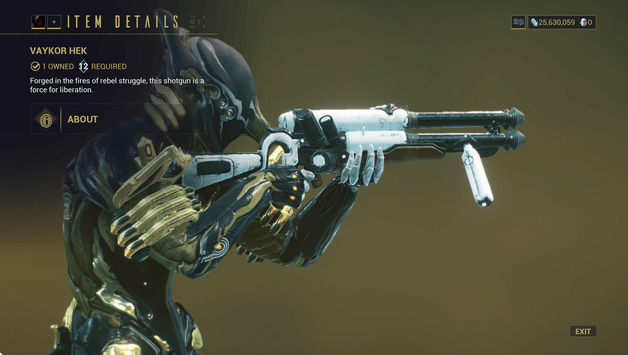 The Vaykor Hek is a Grinner four-barreled shotgun and the Vaykor variant of the Hek and also has the Justice syndicate effect which causes blast damage in a radius around the user, restores 25% health and gives an armor boost of 15% for 30 seconds upon acquiring 1000 affinity.

It has a very narrow spread making it viable for low to long ranges and with the increase in its ammunition and other stats due to it being a Vaykor variant, it becomes a very reliant weapon.

The weapon mainly deals puncture damage and has a decent slash and impact damage as well. 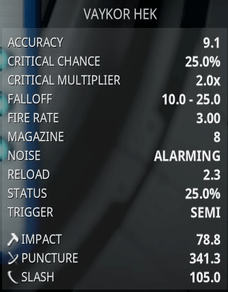 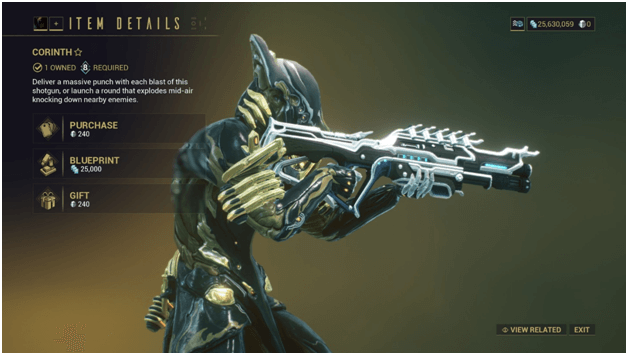 Corinth is a shotgun of Tenno design which sports two firing modes where the first mode fires a like any other shotgun would along with its unique secondary fire to release a grenade-like projectile for area of effect damage.

The Corinth is well known for its high critical chance and decent critical damage and once fully modded it can deal very high amounts of damage to the enemies of its user.

It has a wide spread and the secondary attack deals large area damage making it reliable for different ranges.

This weapon mainly deals puncture damage and has a good amount of slash and impact damage making it mostly complete when it comes to physical damage. 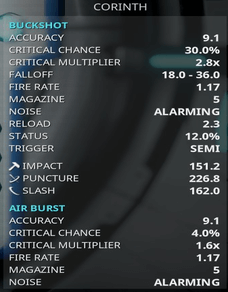 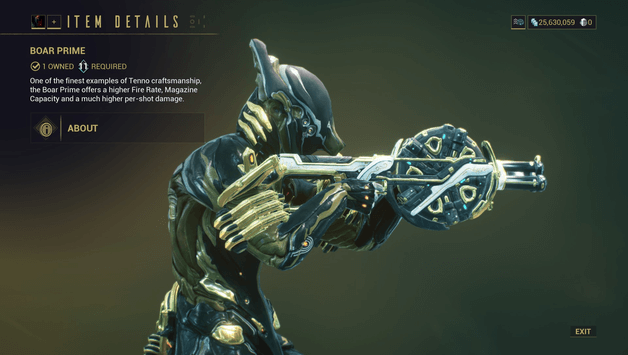 The Boar Prime is the prime variant of the Boar, an automatic shotgun of Tenno design.

It has a fast fire rate at the cost of a wide spread making its bullets scatter in less than 10 meters making this a weapon best suited for low to medium range.

With a high status rate and its fast rate of fire, the Boar Prime is capable of inflicting a lot of damage resulting in status effects.

This weapon mainly deals impact damage with a decent amount of slash and puncture damage. 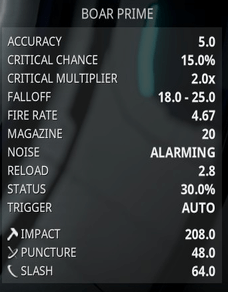 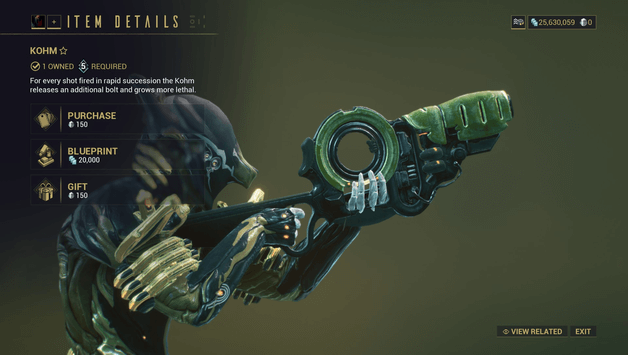 The Kohm is an automatic shotgun with the unique ability to increase its pellets fired every shot as well as increasing in rate of fire.

Additional pellets have infinite punch through which allows it to hit enemies through other enemies and walls.

It has a large ammo capacity which makes up for its high ammo consumption per shot. 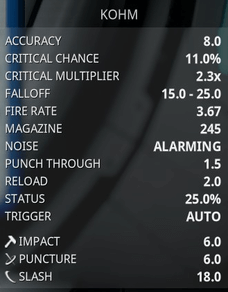 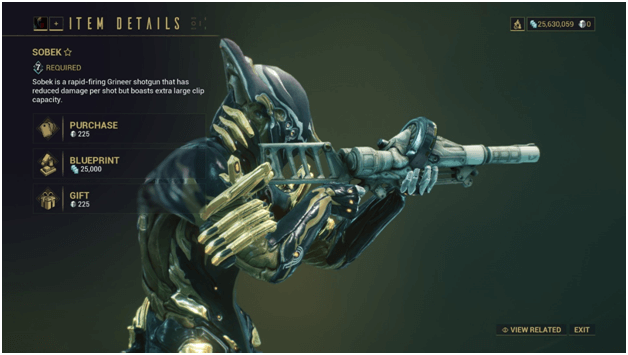 The Sobek is an automatic Grineer shotgun with a large magazine capacity and can be modded with the exclusive weapon mod; Shattering Justice and Acid Rounds.

The Sobek has a reduced damage per shot but this can be countered by building for status as it has a high status chance and can proc many status effects.

The sobe has an average spread but it is mainly used for dealing large area damage based on its special mods.

It mainly deal impact damage along with a decent amount of puncture and slash damage. 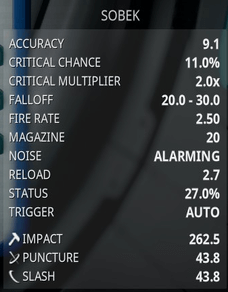 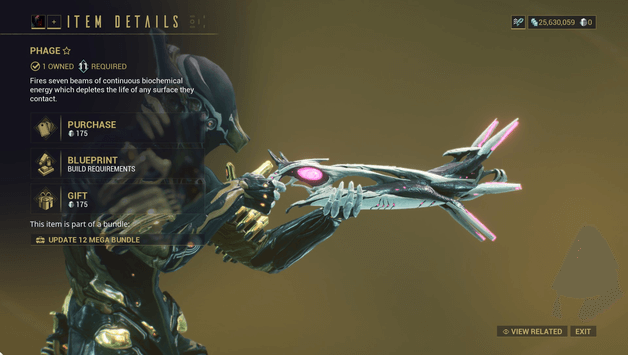 The Phage is not considered a shotgun by most players but it generally is although it has a different type of projectile which instead fires beams instead of projectiles.

When the trigger is held, it will fire beams in a large radius and when aimed, all the beams will focus and make its shots more accurate.

Instead of dealing instant damage, the Phage is held and will continuously drain the life from enemies.

Being an infested weapon, the Phase deals only viral damage without any physical damage types. 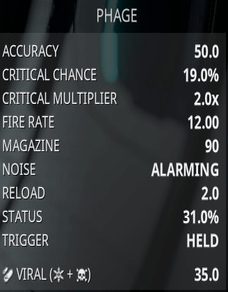 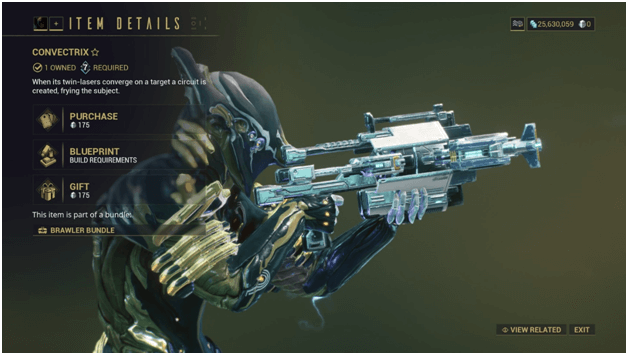 The Convectrix is a unique shotgun although it does not necessarily fire like most shotguns do. Instead of firing projectiles, it releases lasers that cut enemies that it comes in contact with.

Holding down the first firing mode will cause the beams to start outward and move together and unless released, the beams will stay focused in the center of the reticle.

The secondary firing mod causes beams to start from the center and spread out, being the opposite of the first firing mode but with the same function.

This weapon mainly does slash damage and deals a small amount of impact and slash. 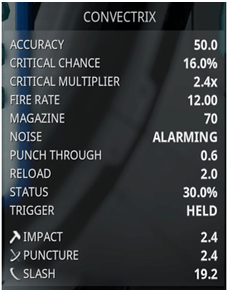 Those are our best 10 shotguns that we have chosen not only based on damage or any specific stats but their ability to actually be used in situations where you end up in a range where they are required.

These shotguns are our top picked ones due to their amazing attributes and the way they can be used.

When it comes to shotguns you will want something that can live up to its name and being a shotgun, these deadly weapons should provide you with a large amount of damage within low to medium ranges.