While this treat is called Vanilla Blades, there’s nothing to worry about as this will not cause any injury to anyone who eats them.

These goodies are a delicacy that can be baked in Eva’s Holiday Oven and are loved by Lord Shaxx, making it appear that he does have a sweet spot.

Baking Vanilla Blades is not that hard to do as long as you have sliced up some of the Cabal during The Dawning.

How To Make Vanilla Blades?

To bake Vanilla Blades, you will need to obtain the following ingredients below and use them in Eva’s Holiday Oven.

Once all of these have been obtained, you can locate Vanilla Blades in the recipes section of Eva’s Holiday Oven and bake them. 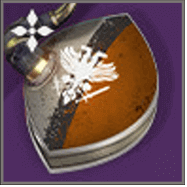 “Deliver these deadly delights to Lord Shaxx in the Tower Courtyard”

Currently, there is only one NPC that you can give Vanilla Blades, and that is Lord Shaxx, who will love them.

In return for giving Vanilla Blades to Lord Shaxx, he will give you a Dawning Delivery, which will provide you with random rewards such as Glimmer, legendary gear, and more.

Cabal Oil simply requires that you defeat Cabal enemies during The Dawning while Sharp Flavor is obtained by defeating enemies with swords.

To farm these materials quickly, you can hunt Cabal enemies and use any type of sword to defeat them.

It is a good idea to head to a destination that has a lot of Cabal present, such as Nessus or the European Dead Zone.

There are certain Lost Sectors that you can repeat to farm both of the ingredients and afterward, you only need to get some Essence of Dawning.

It appears that even Lord Shaxx loves treats during the holiday seasons and giving him Vanilla Blades will reward you for your efforts.