The Horror Story is a Legendary Auto Rifle that is available during the Festival of the Lost Halloween event and may be obtained in various ways.

This Legendary Auto Rifle can deal a good amount of damage when you deal consecutive hits to enemies, especially targeting weak spots. 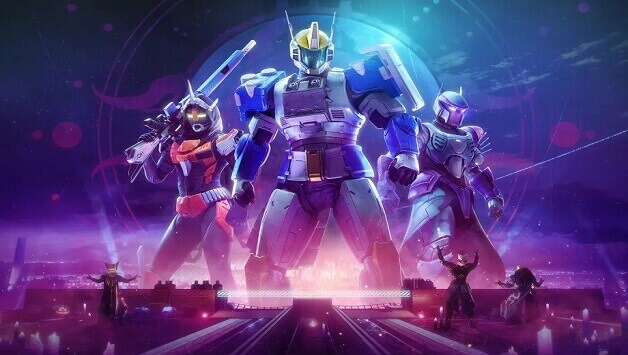 With its Precision Frame intrinsic trait, the Horror Story becomes relatively easy to aim as its recoil has an easy-to-adjust pattern.

How To Get Horror Story?

The easiest way for you to obtain Horror Story would be to do Haunted Sectors as these will drop weapons from Festival of the Lost.

It is also possible to get Horror Story from an Epic Mystery Grab Bag which can be purchased from Eva Levante for Candy. 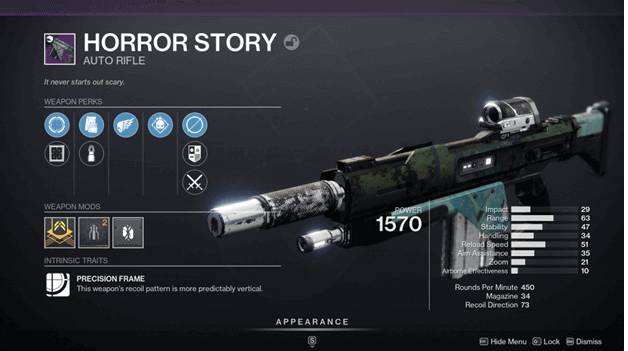 Horror Story can have different rolls, which makes it worth the while to grind for if you can get the perfect stats to suit your playstyle.

For some reason, Horror Story is not available as a reward for any of the 17 challenges in the Festival of the Lost which makes it a bit harder to obtain early on.

Unlike most weapons, Horror Story does not have any lore at the moment and there is no guarantee that this may change in the future.

Due to the Horror Story being a Legendary Auto Rifle, its perks may be different every time the weapon is rolled.

This makes it a must for those who want better stats to grind for the weapon if they want to make the best out of it.

Unlike the other Legendary weapons from Festival of the Lost, Horror Story does not feature an original trait and instead will have random ones from a set pool of stats.

The Horror Storry’s has the Precision Frame intrinsic trait, which makes it easy for you to aim due to the common pattern from its recoil.

The Horror Story offers players a good deal of range and moderate damage while its fire rate is decent enough to get enough damage per second out to enemies.

With a decent roll, you can get the right stats to maximize your damage output and bring enemies to their knees within seconds.

What the Horror Story lacks in damage, it makes up for with everything else but with all that set aside, once your Power Level is higher, it does a good amount of damage to enemies.