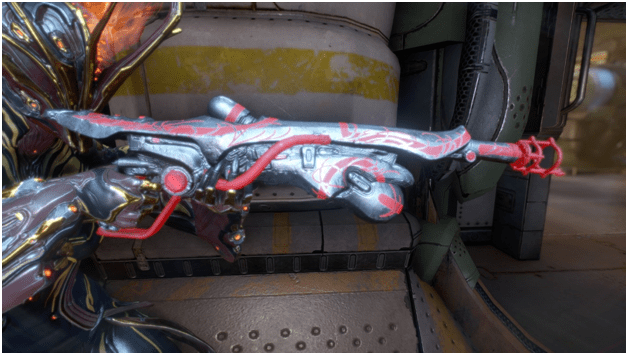 The Ignis Wraith is the Wraith variant of the Ignis, retaining most of its stats with a few changed as well. 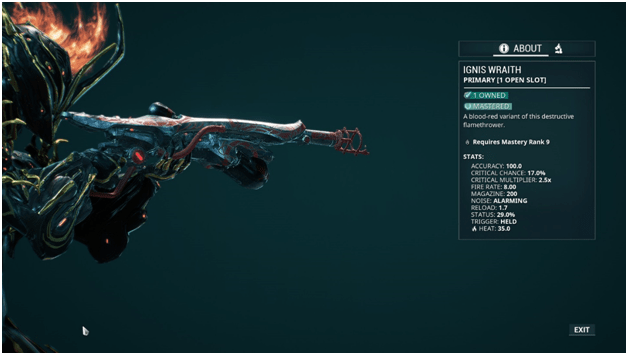 The Ignis Wraith has the following base stats:

The Ignis Wraith requires a Mastery Rank of 9 before it may be used by players and built using its blueprint.

The Ignis Wraith may be crafted with its blueprint which may be obtained by purchasing from the Void Trader by trading with players who have acquired its blueprint through Operation: Pacifism Defect. 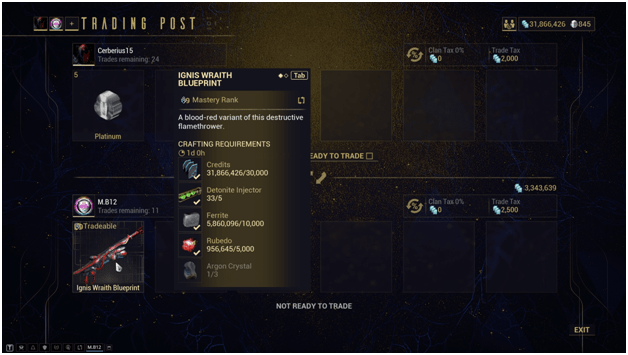 With the good radius the Ignis Wraith covers along with a decent range, this flamethrower is cable of clearing out groups of enemies with ease.

With its moderate critical chance and high status chance it has good potential in causing different types of damage to enemies and with proper modding it can be used most efficiently. 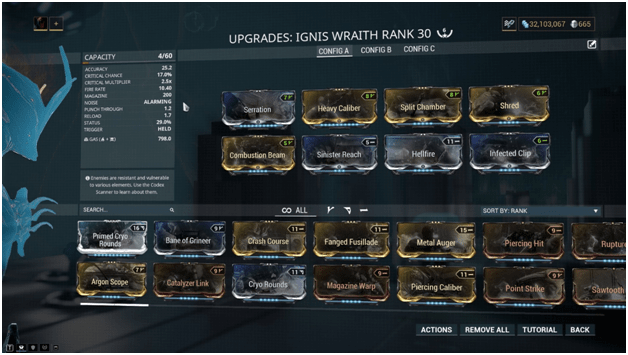 This build makes use of the Combustion Beam mod which causes enemies to explode when they die.

With this build we include Serration and Heavy Caliber to increase damage as well as increase the spread of the Ignis Wraith.

We add Split Chamber for multishot and Sinister Reachwhich increases its overall range.

Shred increases the punch through and the rate of fire but can be substituted with Speed Trigger instead if the user feels there is no need for punch through.

To add more elemental properties, we add 2 elemental damage mods which may be chosen depending on the preference of the user and to target a certain type of enemy for its weakness.

This build is good for clearing out groups of enemies at different ranges and with the Combustion Beam mod it becomes even easier since we are dealing area of effect damage.

Enemies that are killed will explode for even more area of effect damage. This can literally clear enemies in mere seconds and can be used from a safe distance. 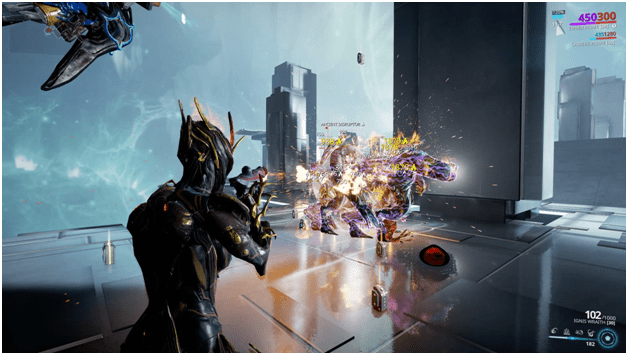 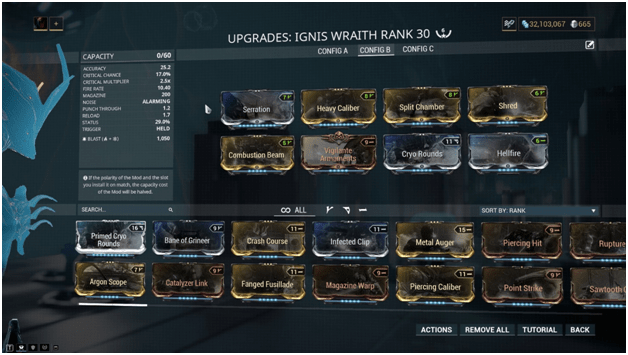 Comparable to the previous build, the only difference we have is that we have removed Sinister Reach, reducing the range and replaced it with Vigilante Armaments.

This can be replaced with another mod if chosen but at the cost of Sinister Reach we lose range and the user must get closer to enemies to hit them.

This build is good for close to medium rang but still has the ability to hit enemies slightly far in distance. 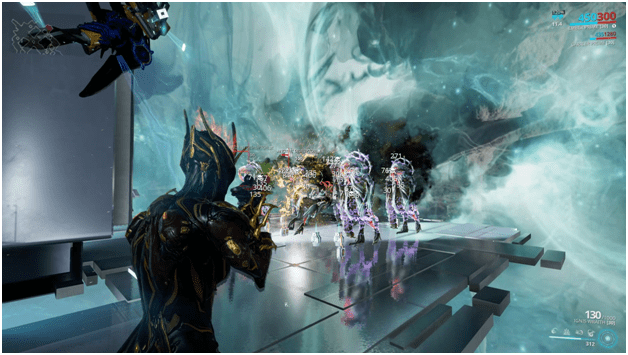 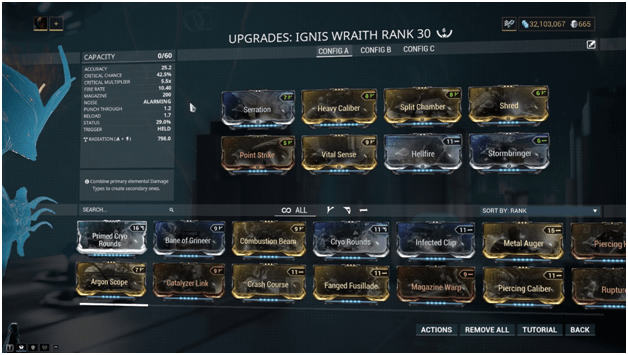 This build retains most of the mods from the previous build, we replace the rest with Point Strike for critical chance and Vital Sense for a higher critical multiplier.

With this build we aim to deal a great deal of damage utilizing the bonus damage that is dealt to enemies weak against the chosen combined element/s along with critical damage.

Users can choose to have more elements if not adding Hellfire and instead put another element creating a combined element while having Heat damage remaining in the build.

Aside from the damage done by the elemental bonus damage we have additional critical properties which will increase over all damage when critical hits happen. 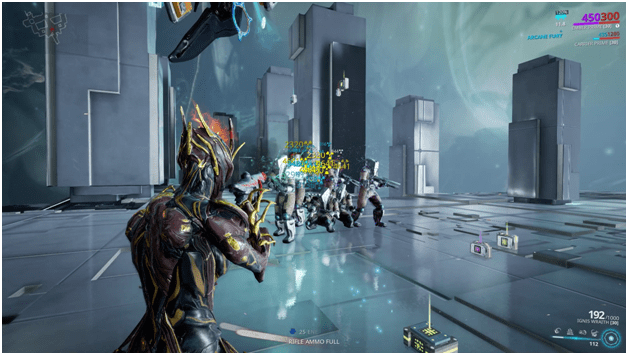 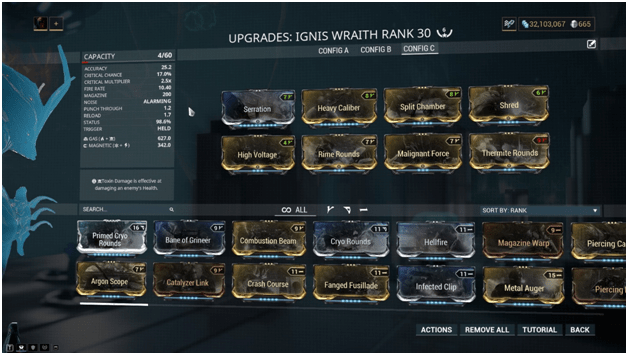 Retaining the first line of mods, we exchange the rest with the four elemental damage and status mods, giving a higher status chance and a new combination of elements.

Theses mods may be rearranged in order to choose a specific combination the user wants.

This build aims to deal elemental damage along with the high chance of causing status effects to enemies which may either weaken them, deal area of effect damage or damage over time. 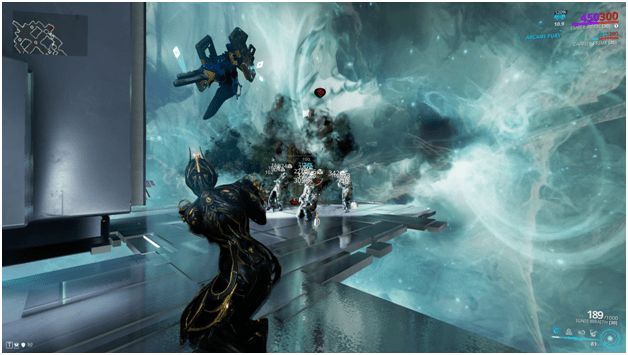 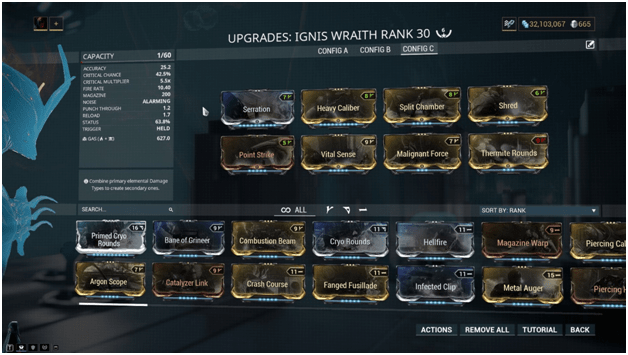 This build is mixture of our previous builds, combining the different mods from each build going for critical and status build in one.

This build aims to deal critical damage as well as cause status effects to deal a great deal of damage from different sources. 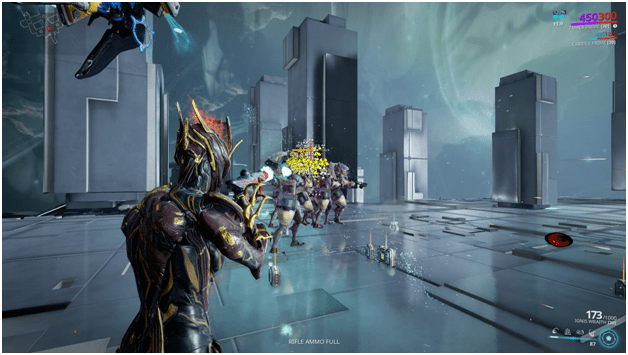 These are not the only builds available for the Ignis Wraith, but they are pretty useful in many situations.

You have to admit, flamethrowers are awesome especially in Warframe where you can deal a huge amount of damage to enemies in an area and cause them to burn up in flames.

What more to add to the intensity than to change fire into a different element causing different effects and making it look even cooler.

The Ignis Wraith is a great weapon when one wishes to deal a lot of damage to enemies in an area or quickly clear a room.

This weapon will turn enemies into barbecue in mere seconds. 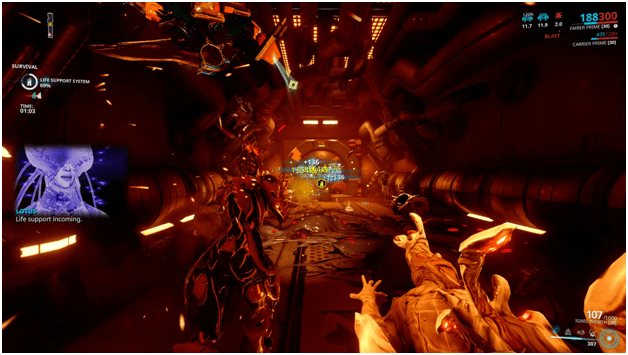