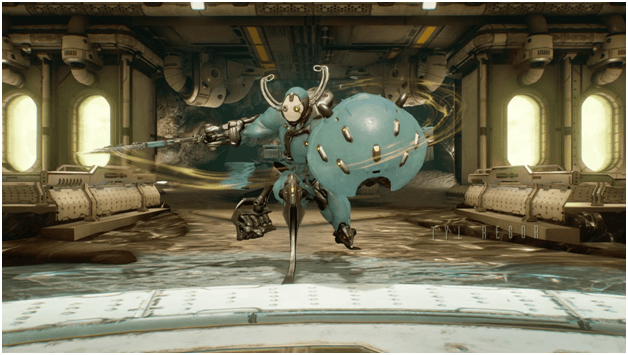 (Tyl Regor when encountered in mission)

Tyl Regor is the final boss on Uranus who is a Grineer boss that has the desire to open up both Tenno and Warframes in order to fulfill his research on improving the Grineer by improving their genes.

He can be a very annoying boss to fight and when one intends on facing him, it would be wise to be prepared for the challenges that come.

Those who seek to farm parts to craft the Equinox Warframe will have to kill this crazy Grineer boss several times and knowing how to efficiently face him will safe up a lot of time and frustration. 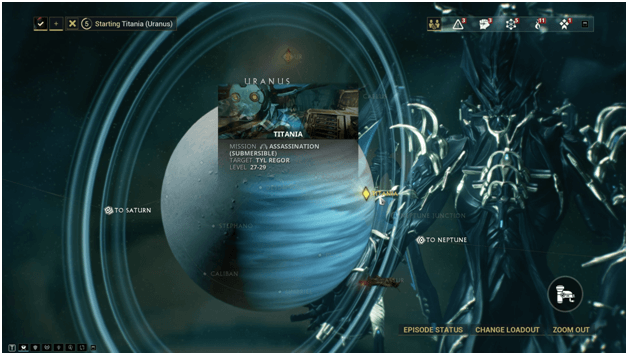 Tyl Regor appears on the Titania mission on Uranus as a final boss. 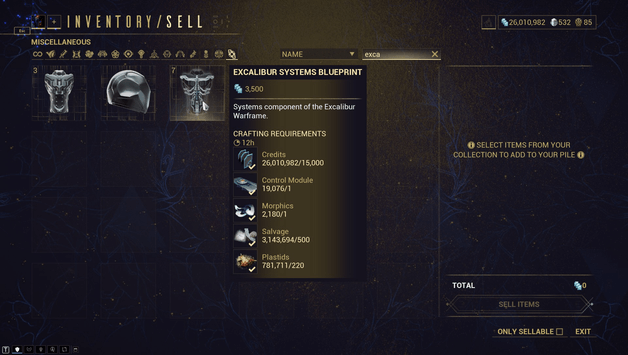 Defeating Tyl Regor will guarantee a random part or blueprints for building the Equinox Warframe.

Tyl Regor has the chance to reward the following Equinox parts:

How to kill Tyl Regor? 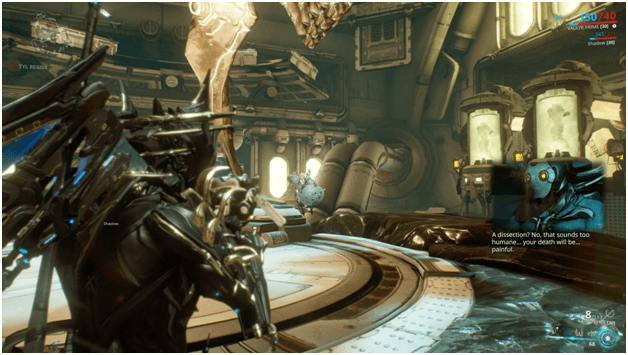 Tyl Regor is one of the most annoying bosses in the game not only due to his speeches and transmissions but also because of the battle you go through to kill him.

This is a step by step guide on facing and on how to defeat Tyl Regor. 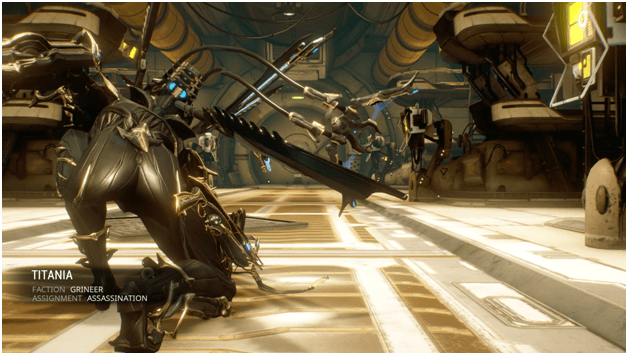 You will first arrive in the mission located in the Grineer Sea Labs when beginning the Titania assassination mission on Uranus. 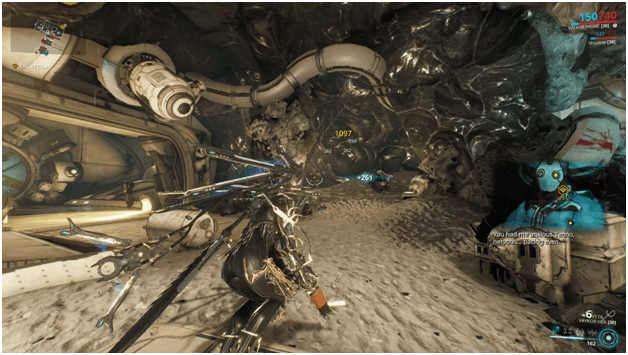 Make your way towards the area where you will be fighting Tyl Regor which is shown by a marker on your HUD and you may either fight your way through enemies or simply run past them heading there. 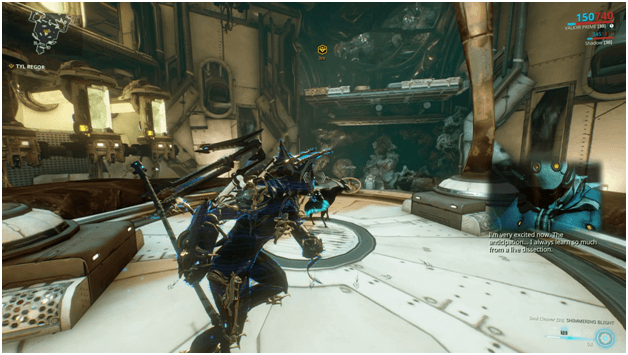 Once you reach the location, there might be some waiting time if you have arrived to early and Tyl Regor will continue talking.

Wait for him to finish talking as this might take a few seconds to less than a minute while he continues to taunt and annoy the Tenno. 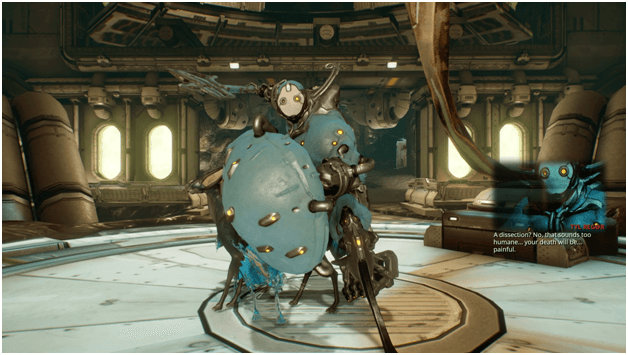 A quick cutscene will play where Tyl Regor appears and prepares to attack you and your team if you are with one. 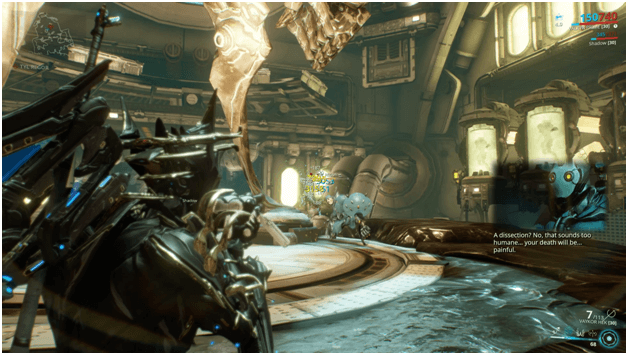 During the first phase of the battle with Tyl Regor he will continuously attack you with 3 different types of attacks which include doing melee combos, firing rocket-like fists that home in on you and a ground slam attacks.

He will repeatedly dash around the area to try to attack you and sometimes dash away to fire at you with his homing projectiles which are similar to the Knux Archwing Weapon.

These can be avoided by doing a roll to evade or jumping away and will need to be timed at moments.

Getting hit by his melee combos can be dangerous as he can deal quite a bit of damage when not prepared for this fight.

You may attack him with melee weapons but at the risk of getting hit by his melee strikes yourself or you may fire at him with weapons as well as use some abilities to damage him.

Using a corrosive weapon will deal more damage to him and can apply a status effect that reduces his armor, making him easier to damage. 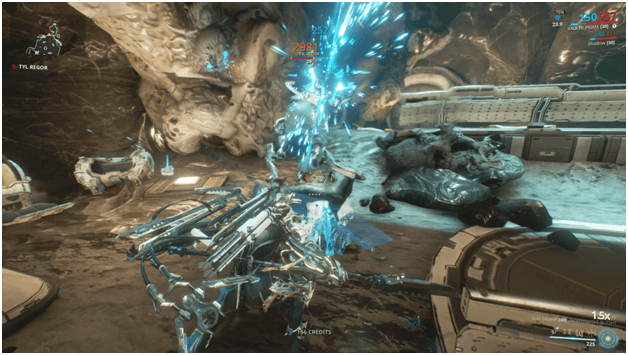 Upon reducing his health by 1/3 of his max health, he will teleport away and the next phase begins. 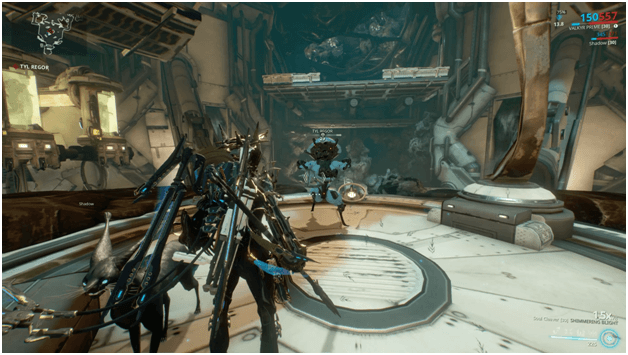 Tyl Regor will appear back at the first area where you encountered him and fire his homing projectiles at the ceiling and teleports out of the combat area. 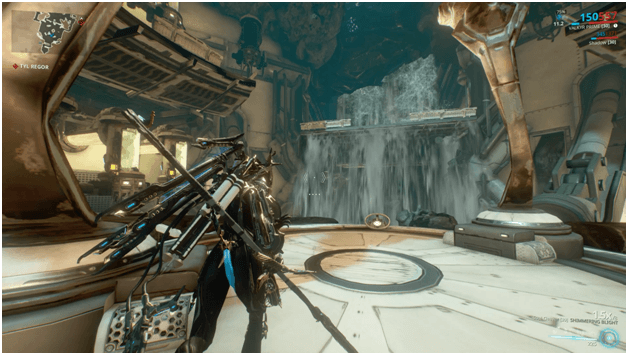 This will begin to flood the area by a small amount but not enough to fully submerge you for the time being. 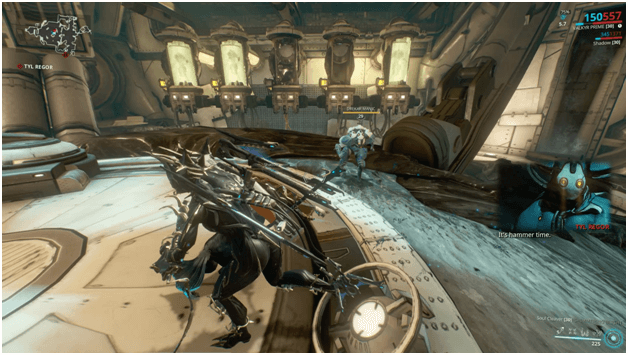 Ones this happens, you will be assaulted by Drekar Manics which can be annoying to fight as they have the ability to cloak and sneak up on you to do a stealth attack which sometimes ends in the player’s demise.

Dispatch of the Drekar Manics as quick as possible to avoid taking unwanted damage and to proceed to continuing your fight with Tyl Regor. 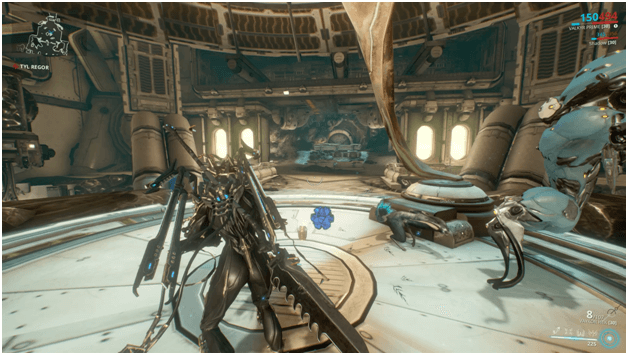 Once you have dealt with the Drekar Manics, Tyl Regor will teleport back into the combat area and begin to attack you again but this time more aggressively but using the same attacks.

Proceed by dealing damage again to begin the third and last phase of the battle. 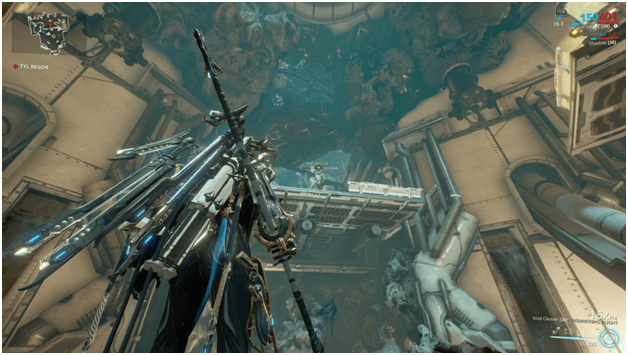 Once you have damaged Tyl Regor for another third of his health, he will teleport to the top and fire his projectiles once more except this time breaking enough of the ceiling to cause water to flood the bottom area where you are.

The moment he begins to do this or even before he is about to do this, jump up to where he is and wait for the lower area to flood as he will be invulnerable and unable to be damaged. 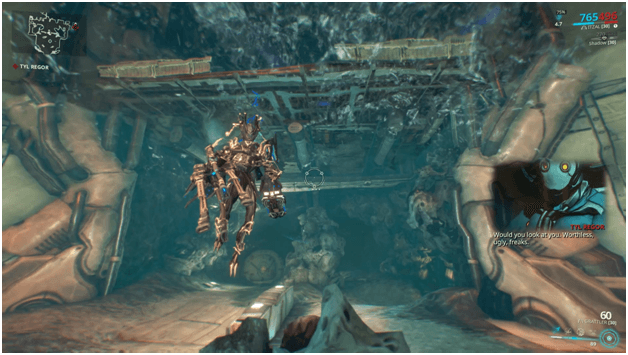 Failure to jump out up from the lower area will result in you being left in the flooded area, bringing you into your submerged Archwing mode.

If this happens you will begin to take damage as the water appears to be electrified and will continuously damage you until you get out.

Go up to where he originally was when he destroyed the ceiling in order to jump out of the water and prevent any further damage. 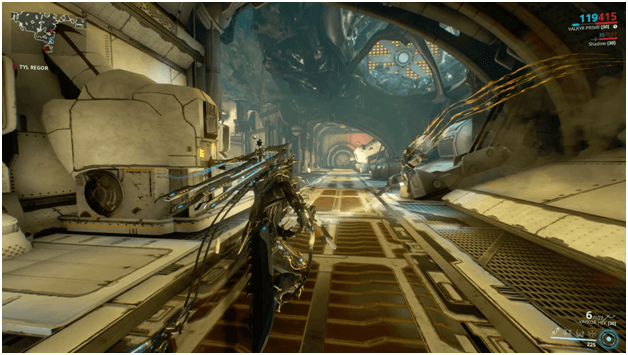 On the upper area you will face a Drekar Manic and a Drekar Manic bombard which you should quickly kill before Tyl Regor reappears so you only have to deal with him. 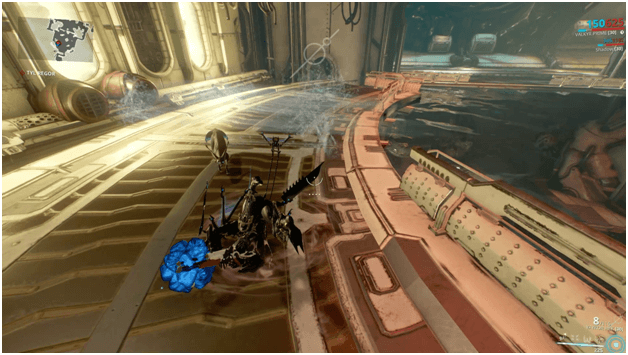 Watch out for pipes that are spewing out water as these have the tendency to push you back into the lower area where you will again be submerged and will have to get out of the water again. 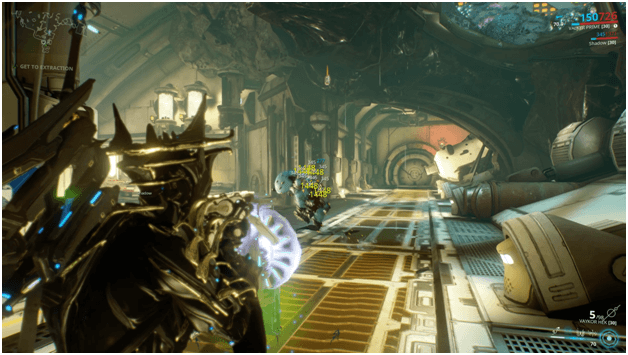 Proceed with fighting Tyl Regor as you did with the previous phases and during this final phase, he will die from taking fatal damage from you. 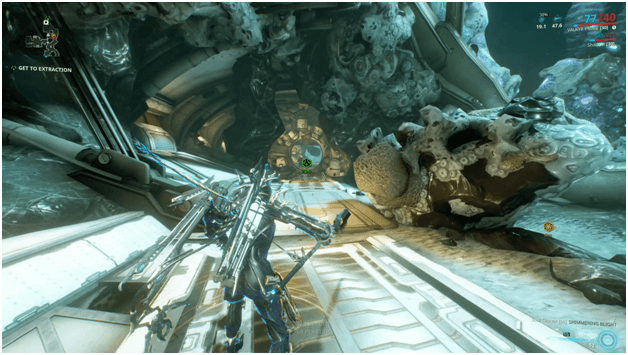 After defeating Tyl Regor a door will open up and you may proceed to the extraction point to complete the mission. 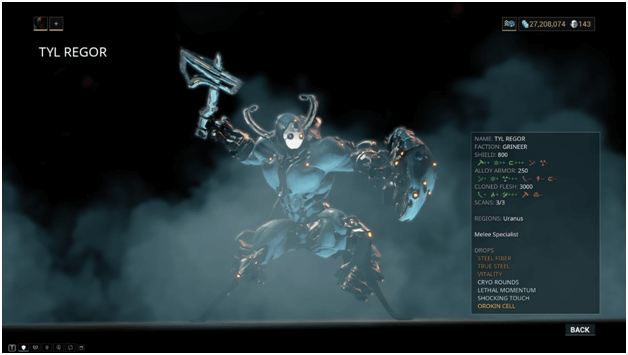 Tyl Regor is a Maniacal Grineer scientist who aims to fix the Grineer genes in an attempt to prevent them from having problems such as their decaying flesh with future production.

He is obsessed with and wishes to dissect the Tenno and Warframe to satisfy his curiosity and enjoys taunting the Tenno every chance that he gets.

In an attempt kill you he will use 4 different attack which as mentioned earlier are:

Tyl Regor may appear to be a very sturdy boss and can surely take a few hits from most newer players but this can be easily solved with weapons modded for corrosive damage.

Take note that Tyl Regor has shields that can regenerate as well so once the shields are taken out it is important to deal damage to his health before they can regenerate. 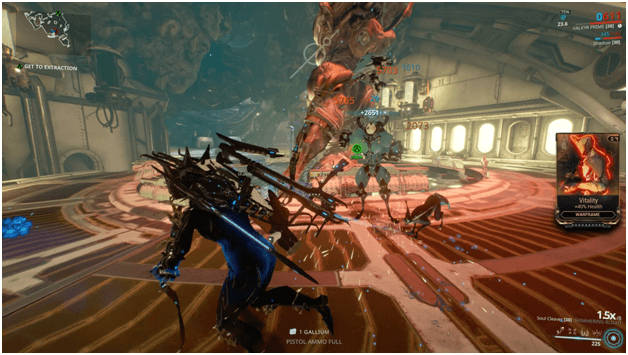 Taking a weapon that has been modded for corrosive damage will be able to greatly reduce his armor when its status chance occurs as well as it will do additional damage.

Tyl Regor take time before he does his combos and this can be evaded by the player by rolling out of the way or jumping out of harm’s way.

Having a strong weapon that can deal a lot of damage instantly such as a shotgun for close range or sniper rifle for long range can be greatly effective against Tyl Regor and can result in reaching the last phase quickly.

Some abilities that deal crowd control affect Tyl Regor and these may be used to make him slower, enabling you to easily fire at him. 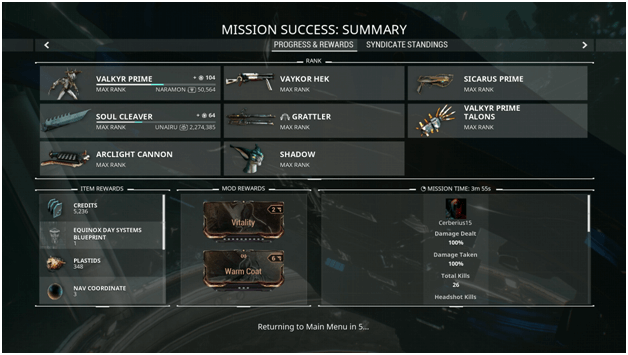 Once you have defeated Tyl Regor and successfully extracted, you will be rewarded with a random Equinox part.