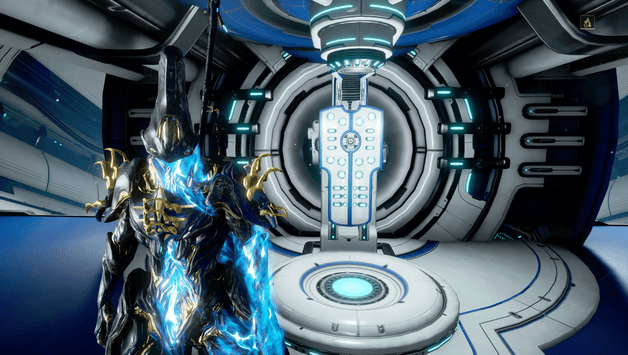 Revenant is a powerful Sentient and Eidolon-like Warframe capable of devastating energy abilities and being able to use his powers to unleash the might of the eidolon on enemies.

This Warframe however, is not that simply obtained and you will need to go through a few steps before you can use this powerful Warframe.

There will be a quest which opens up about his lore where you will learn more about this Warframe through conversing with Nakak and going on missions.

His other parts will need to be farmed through bounties making this a seemingly time consuming task but if you can figure out a way to finish bounties quick such as working with a team or having a strong solo frame, there shouldn’t be a problem. 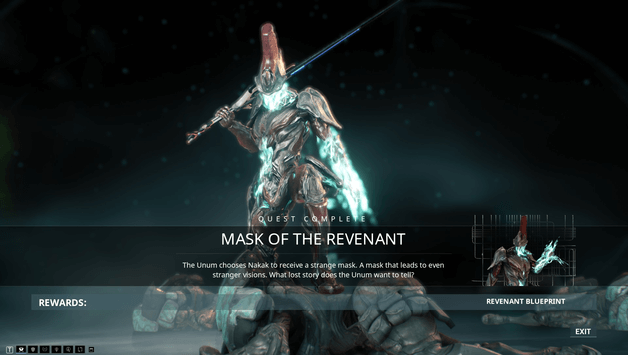 (Mask of the Revenant quest)

In order to obtain his blueprint, you must first go through a series of quick quests which are more cinematic than they are hard.

This results in you obtaining his blueprint. 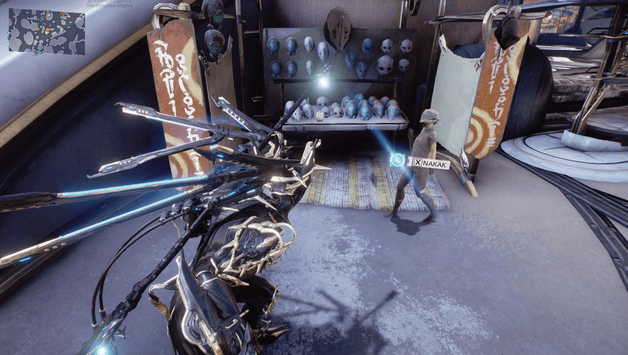 You will need to be at least Observer rank with the Quills and you will head to Nakak as she has the “Mask of The Lost One” which is connected to the quest. 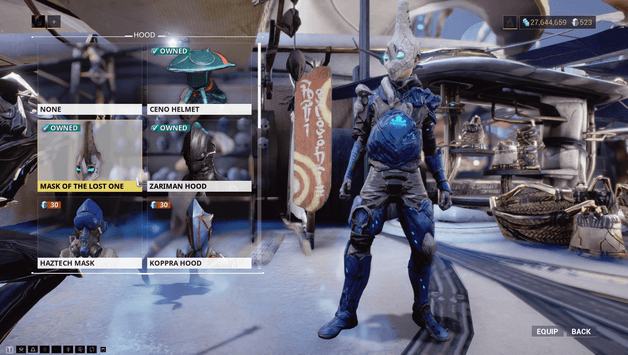 Be sure to purchase this item for her which will cost 1 Cetus wisp.

After you have the mask you must equip it and do the quests that you receive from Nakak which will involve heading into the Plains Of Eidolon and investigating areas.

Also Read How to Get 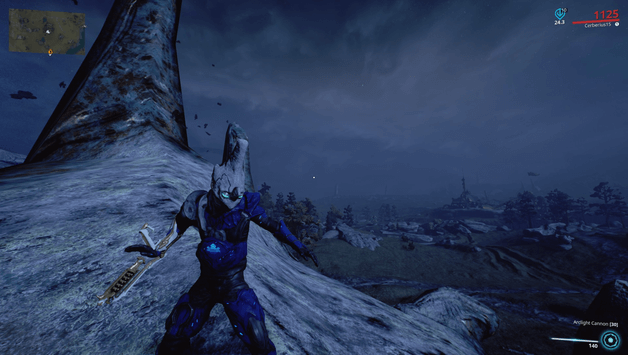 There will be three missions which need to be done at night:

While wearing the mask you will enter and head towards a waypoint near Gara Toht Lake, where you see a shadowy silhouette that disappears and you will need to search around near the water while in your operator mode to find an energy trace in the form of a hand and interact with it.

Nakak will ask you to build “the lost one” which means you need to grab his parts which can be acquired from bounties.

After acquiring a part or having a part in your inventory will cause Nakak to continue with the story and a new quest will be given.

Once again you will be tasked to head to the waypoint marked on your map near the same lake where you are to investigate and interact once more with another energy trace.

After returning from this quest you are tasked to find another part of Revenant through bounties to continue with the quest.

Once again and for the final time, you return to the Plains of Eidolon and you will be headed near both Gara Toht Lake and the Renthi Spring.

Nakak will continue along with the story revealing more about what has happened and soon after a specter of the Revenant will appear.

You are to defeat the specter and upon defeating it you will receive the Revenant Warframe blueprint.

How To Get Revenant Parts?

To acquire Revenant Part Blueprints, you will need to do various bounties available by talking to Konzu or interacting with the stations in the Plains of Eidolon which also allow you to initiate bounties.

There may be a bit of grinding needed in order to acquire the parts as the chances sometimes do not always work towards the favor of the players.

Enemies will be strong so it is best to be prepared before trying to do these missions and it is advisable to get a team to go with you. 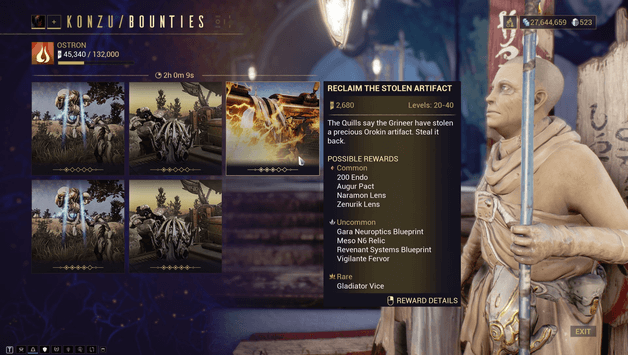 The Revenant Systems blueprint may be obtained from doing level 20-40 bounties and is an uncommon reward. 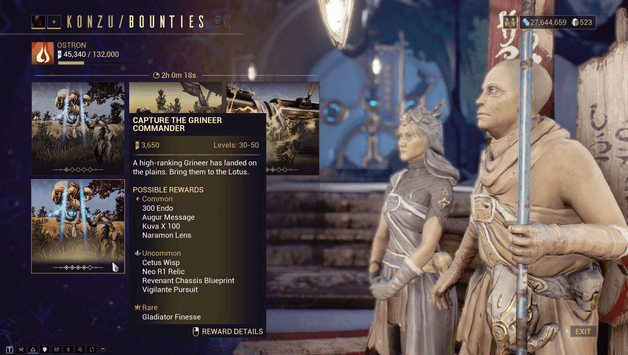 The Revenant Chassis blueprint can be rewarded from doing level 30-50 bounties as an uncommon reward. 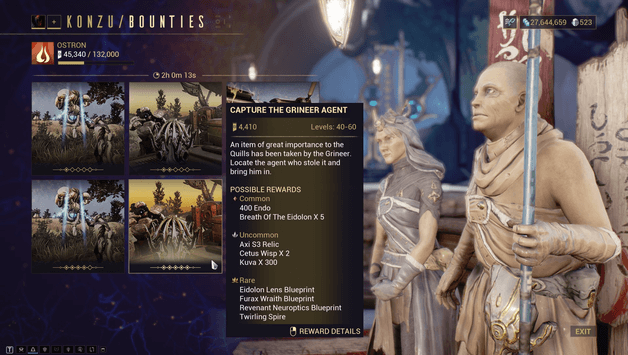 The Revenant Neuroptics blueprint is a possible reward from level 40-60 bounties and is a rare reward, making it slightly more difficult to acquire. 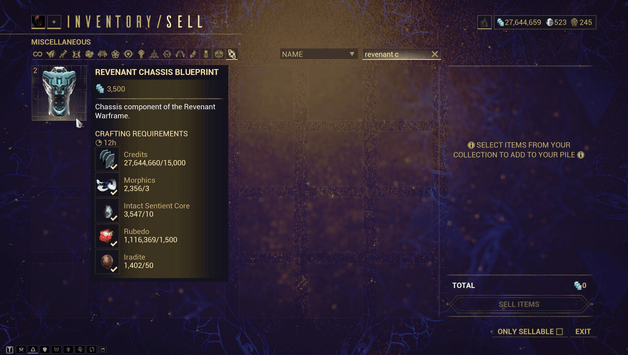 After acquiring all the parts, you need and obtaining the blueprint of the Revenant Warframe, you may craft it in your foundry provided that you have all the materials needed.

It may take some time to acquire the parts as rewards due to the fact that the bounties consist of many rewards and sometimes the drop is not guaranteed.

Going with a team to do bounties or using a Warframe that can do solo is advised to make sure you can finish missions quickly and the use of an Itzal Archwing will help maneuver through the plains.